Today, at eight in the evening, the 2020-2021 Sports Season Awards Ceremony, which is being held by the Professional League at the Emirates Palace in Abu Dhabi, will be held to reveal the identity of the 33 winners of last season’s awards, including players, coaches, clubs and media platforms, who will be honored. in need 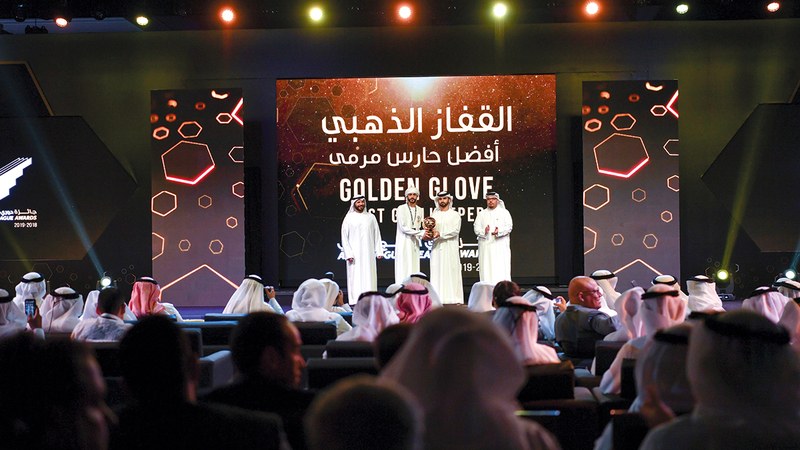 Introducing the category of resident player and country-born

Today, at eight in the evening, the 2020-2021 Sports Season Awards Ceremony, which is being held by the Professional League at the Emirates Palace in Abu Dhabi, will be held to reveal the identity of the 33 winners of last season’s awards, including players, coaches, clubs and media platforms, who will be honored. In the upcoming celebration to be held at the Emirates Palace in the capital, Abu Dhabi.

The ceremony will witness the announcement of the winners of the awards, according to the statistics, which are: the dream team, the Golden Boot for the league's top scorer, the Silver Boot for the U-21 top scorer, and the Fantasy Dorina coach award.

As for the award that will be awarded at the ceremony, according to the criteria and not the vote, it is the club licensing award, for the club that meets the criteria specified in the club licensing system, in addition to quality control standards, administrative penalties, cooperation and overall arrangement in all competitions except for the super match, and it will be announced. during the ceremony.

For his part, a member of the Board of Directors of the Professional League and Chairman of the Technical Committee, Hassan Talib Al-Marri, confirmed that the great interaction during the vote to choose the stars of the season, reflects the state of passion and anticipation of the fans in particular, which made the individual competition very close.

He said in a press statement that "the Association formed a specialized technical team to select the main list of candidates, which included the names that topped the statistics and performance during the last season, so that the final list was reduced to only three individuals in the voting categories, according to the choices of the representatives of the clubs themselves (the leader and coach), and the means of The media and the public, in the same way as at the FIFA Awards Ceremony.

The sports season awards ceremony was linked to the end of the 2012-2013 edition, as the first ceremony was held at the Abu Dhabi National Exhibition Center, after which the annual ceremony was reproduced in the following seasons, with the exception of the canceled 2019-2020 season, and during its past seasons, the award witnessed the coronation of a number of stars, in addition to honoring the sponsors partners and media organizations.

1- Approving the lists of Emirati and foreign players and goalkeepers for those who participated in a maximum of 13 matches.

2- Approval of the list of nominated coaches who have scored at least 50% of the points in 10 matches.

3- Approving the list of promising players who participated in six matches as a minimum, born in 2000 or above.

4- In the event of a tie between the nominated players in the number of points, a point will be deducted for each yellow card, and two points for each red card.