Video- After Messi's transfer, a huge rise in the popularity of Paris Saint-Germain on the communication sites

The transfer of Argentine star Lionel Messi to Paris Saint-Germain has increased the popularity of the French club on social media enormously, due to the large fan base enjoyed by the former Barcelona legend. 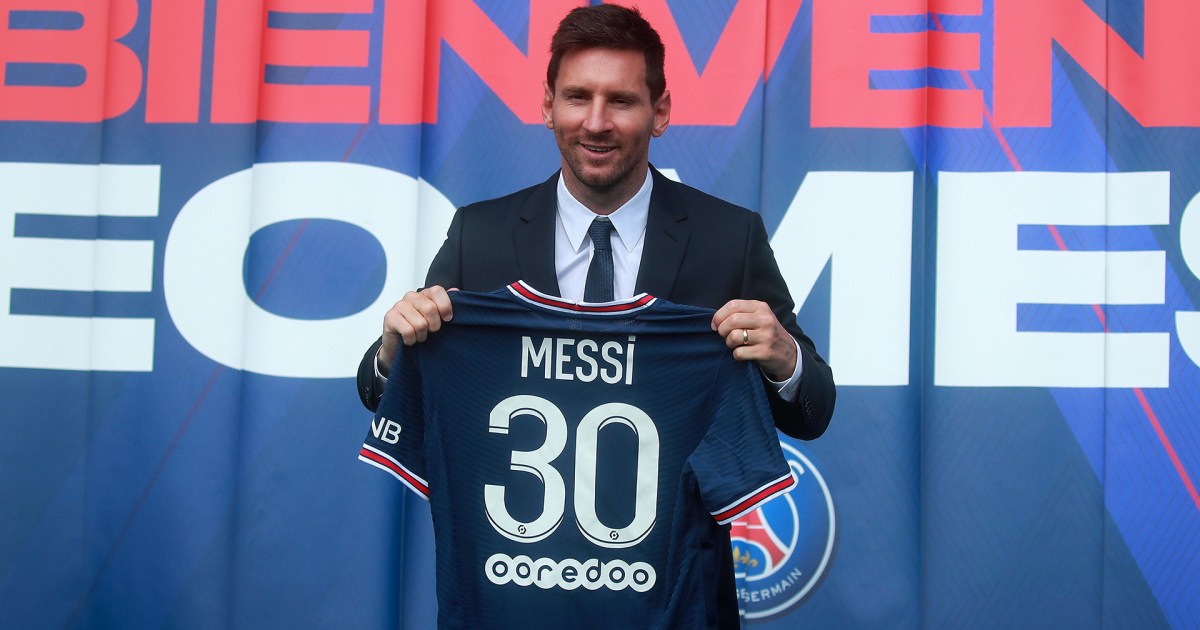 The transfer of Argentine star Lionel Messi to Paris Saint-Germain has greatly increased the popularity of the French club on social media, due to the large fan base enjoyed by the Barcelona legend and the Argentine national team.

The biggest impact was the insane increase in the number of followers, on the account of Paris Saint-Germain via the Instagram website, as their number increased to more than 6 million followers between the date of August 9 and 12.

According to the latest statistics of the monitoring tools used by the agency "Sanad" in the Al-Jazeera network, the number of followers of the Saint-Germain page on August 9 reached 38 million and 800 thousand followers, but at the present time, after announcing the contract with Messi, it has exceeded 45 million followers.

With regard to the Paris Saint-Germain account on Facebook, the statistics showed an increase in the number of followers of the page by more than two million followers between August 9 and 12.

@PSG_inside have gained nearly two million followers on Instagram in under 24 hours.

On the night of the media’s talk about the French team’s contract with Messi, the number of page followers was 45 million and 300 thousand, bringing the number, after the official announcement, to approximately 46 million and 700 thousand.

Paris Saint-Germain has added almost 4.5 million Instagram followers in the past 24 hours.

As for the account of the Parisian club on Twitter, there was no significant increase in the number of followers on it, but the tweets and videos related to Messi, which the club published during the past two days, achieved millions of views and hundreds of thousands of comments, retweets and likes.

And it was clear how affected Paris Saint-Germain was by the Argentine “flea” joining him, as the videos of his official joining the club garnered crazy numbers of views, exceeding 100 million views in less than 24 hours after they were published through the club’s accounts on social media platforms.

It is noteworthy that Messi joined Paris Saint-Germain on a two-year contract, renewable for an additional year, and will wear the number 30.