Along the path of the galacticos: why the transitions of Messi, Ramos and Donnarumma do not guarantee PSG success

Paris Saint-Germain has become the main newsmaker of the summer in European football. During the pre-application campaign, the ranks of the club were joined by striker Lionel Messi, defender Sergio Ramos and goalkeeper Gianluigi Donnarumma. However, the excess of stars in each line, the inconsistency of their qualities with the ideals of the head coach and the problems with placing everyone within the same scheme can prevent the team from achieving the grandiose success that fans will now expect from them. 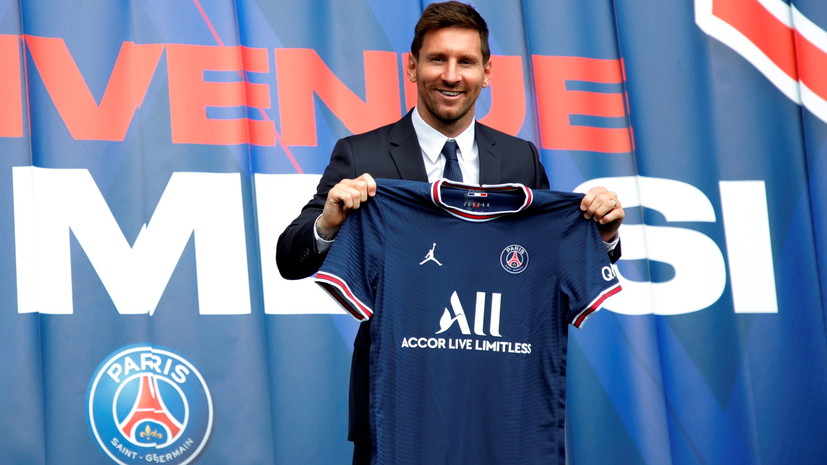 Over the past few days, Paris Saint-Germain have strengthened their status not only as the most talked about club in Europe, but also the favorite of the Champions League. At the moment, several bookmakers at once call the French team the main contender for victory in the European Cup, and the reason for this is largely a large-scale transfer campaign, during which several star newcomers joined the club at once. The last of them was the owner of six Ballon d'Or, Lionel Messi, who did not renew his contract with Barcelona due to restrictions from La Liga.

In total, Paris Saint-Germain strengthened the squad with six top-class players at once, most of which were given to the club for free. In addition to Messi, reigning European champion Gianluigi Donnarumma, former Real Madrid captain Sergio Ramos and one of the leaders of the Netherlands national team Giorginio Wijnaldum have moved to the French capital as free agents. They had to pay only for the lateral of Inter Ashraf Hakimi and Porto's defensive midfielder Danil Pereiro, who spent last season at PSG on loan. In total, they had to pay € 76 million - a very small amount by today's football standards.

On paper, everything really looks more than impressive. At the moment, Paris Saint-Germain has the second most expensive matchmaking (€ 993.75 million) in world football according to Transfermarkt, behind only Manchester City (€ 1.06 billion). However, the leadership of Josep Guardiola's charges is due to the higher average level of performers, 16 of which cost at least € 30 million at once. It is enough to take at least the trio of forwards Neymar - Kilian Mbappe - Lionel Messi.

And if you look exclusively at the names, then PSG's roster really seems to be the strongest on the planet. At the moment, the club has an incredible selection of performers in each of the lines. The super-experienced Ramos was added to the center of defense, able to be a leader not only on the field, but also in the locker room. The problem with the right flank was solved by Hakimi, who is rightfully considered one of the most talented laterals. An interesting addition to the already existing midfield matchmaking is Wijnaldum, capable of both dribbling and passing the ball forward. In the person of Messi, the team received not only one of the greatest strikers in the history of football, but also a person who can help keep Mbappe in the team. Earlier, Kilian repeatedly tried to leave the capital, but he may also postpone this in order to be able to play with such a partner.

But if you take a closer look at the situation at PSG, then not all of the current acquisitions really seem logical. If the signatures of Hakimi and Wijnaldum can be classified as such, then the invitations of Messi, Ramos and Donnarumma do not look so straightforward. In fact, the Parisians have gathered all the most star footballers they could, but the question is, are they really needed at the moment.

In this regard, the club's additional application campaign is reminiscent of the one that Real Madrid conducted in the mid-2000s. Madrid had a super-powerful squad with Zinedine Zidane, Luis Figo, Raul and Ronaldo, but within a year they joined the ranks with two English icons - David Beckham and Michael Owen, who simply did not have enough space on the field. As a result, the first was forced to play in an unusual position in the center of midfield, and the second practically did not leave the bench. It was then that the team received the nickname galacticos, but failed to back it up with trophies (the team achieved gold Examples only in 2007).

So, Donnarumma will have to compete with Keylor Navas for the first place. Yes, in December the Costa Rican will turn 35 years old, but until now he has never allowed himself to doubt his qualities. The ex-Real Madrid goalkeeper continues to demonstrate an outstanding level and is unlikely to just give up the title of the main one to the Italian. Regular rotation in the goalkeeper line is rarely practiced in football, and playing exclusively in cup matches is unlikely to suit any of the competitors. As a result, PSG will either have to pickle the veteran on the bench, or give the young Gianluigi on loan for the season. Two months ago, similar rumors were already circulating, but so far they have not received confirmation.

Also, from now on, the Parisians have a surplus of performers and in the center of defense. Placement of Ramos, Marquinhos and Presnel Kimpembe in their favorite positions is possible only in case of switching to a formation with three defenders, but Pochettino has rarely used this formation in recent years. So, in 2019, he resorted to it only a few times. However, all this was before joining Paris Saint-Germain, where he preferred the more traditional model with two centerbacks.

In this case, the rotation is also unlikely to suit the players. All three have star status and may not want to share time with each other, especially if Pochettino does not alternate between them. Yes, Kimpembe may well play on the left flank of the defense, and Marquinhos - in the support zone, but in the first case, the attacking potential of the team on the left flank will be noticeably limited, and in the second, the defense risks losing its reliability. In recent years, the Brazilian has established himself as one of the best players in his Ligue 1 role. And forcing him to change position in order to place Ramos on the field is a very dubious decision.

In the middle line, not everything is smooth either. Before Messi's arrival, the signing of Wijnaldum looked like a logical step, but in the new realities, his place at the base does not look so solid. Taking into account the fact that Pochettino will not be able not to start the trio in the person of Lionel, Neymar and Mbappe, there are only three vacant positions in the midfield. One of them will probably be occupied by the chief assistant of the team in recent years - Angel Di Maria, the second - by European champion Marco Verratti. Taking into account such a strong bias towards the attack, the defensive midfielder seems to be an ideal addition, whose main task will be to select the balls. But Giorginio is definitely not one of those.

Thus, Pochettino will either have to hope that Verratti and Wijnaldum will be able to share the defensive functions, or remove one of them on the bench. And the most logical thing seems to be the transfer to the reserve of Giorginio, who is inferior in class to both Marco and Angel. Both Idrissa Geye and the same Pereira can balance this trio.

As for the offensive line, although it is replete with superstars, it violates the principles of building Pochettino's football. Over the course of his career, the Argentine focused on tough pressure on someone else's side of the field, which helped him first to become famous in Southampton, and then bring Tottenham to the Champions League final. But with Messi and Neymar, it will not be possible to exert the same pressure on opponents. Both have never been very good off the ball, and are unlikely to change in the future, especially given the latter's age.

A year earlier, Cristiano Ronaldo was criticized for refusing to participate in collective pressure, which did not allow Maurizio Sarri to fully implement the concepts of his corporate style of play. Often, the Portuguese preferred to save energy and did not work without the ball, which ultimately forced the coach to move away from his favorite tactics. And if the reluctance of one footballer to actively defend himself in someone else's half of the field led to something like this, then it is easy to imagine what will happen in the case of PSG. Even last season, the coach could not realize his ideas, and with the advent of Messi, he will have to forget about them.

It turns out that Pochettino may well fall into the same trap as Sarri. The need to put stars in the squad will not allow him to follow his ideals of building the game, and whether he can make adjustments is a big question. The ability to make the most of the strengths of his charges and on their basis to form a scheme is the strength of Zinedine Zidane and Carlo Ancelotti, and Mauricio has not previously demonstrated such flexibility.

In light of this, the prospects for Paris Saint-Germain this season do not seem so bright. And this is not counting the fact that no one is immune from injuries, and conflicts may arise in the team. At Euro 2020, Mbappe has already allowed himself to quarrel with the leaders of the French national team, and hardly anyone will be surprised if this happens again at the club. And there is no guarantee that he will come to terms with the fact that after Messi's arrival he became the second or even the third star of the club.

In any case, in the coming season, a lot will depend on how much the players themselves will be willing to sacrifice personal ambitions for the sake of overall success and whether Pochettino will be able to find the right use for them all. Otherwise, Paris Saint-Germain may well comprehend the fate of Real Madrid, which in the mid-2000s could not overcome the first round of the Champions League playoffs, and also regularly suffered defeats in the national championship.