Islam Battah, the lookalike of world football legend Lionel Messi, has joined millions of fans who were saddened by Messi's sudden departure from Barcelona after spending more than 20 years of his 34-year-old age. the East 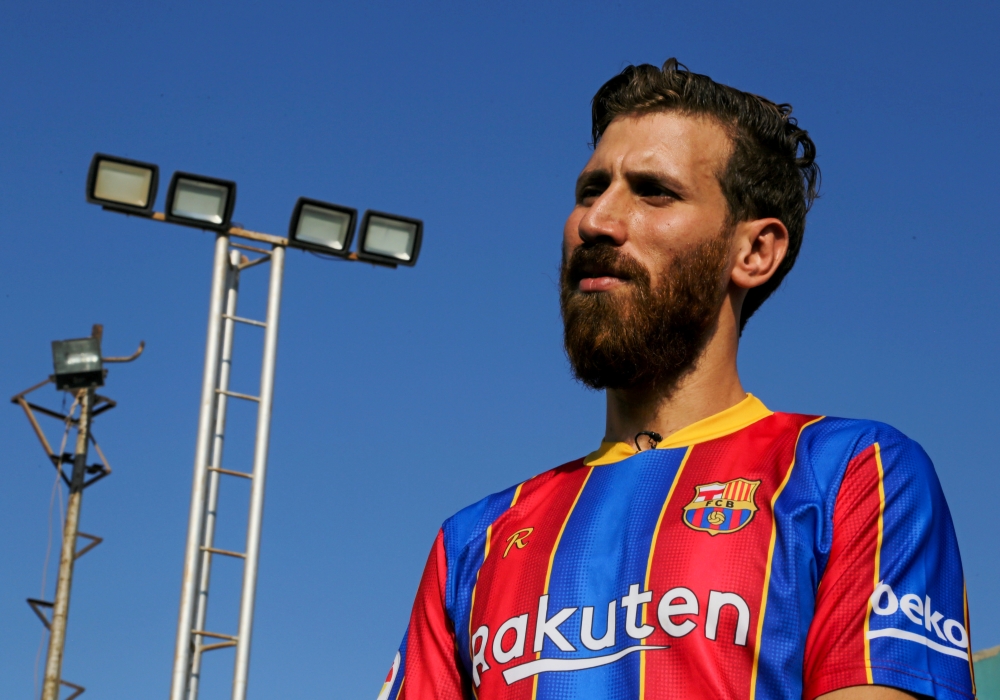 Islam Battah, the lookalike of world football legend Lionel Messi, has joined millions of fans who were saddened by Messi's sudden departure from Barcelona after spending more than 20 years of his 34-year-old age.

Battah, a 27-year-old engraver from Zagazig, the capital of Egypt's Sharkia Governorate, told international media, including the "Reuters" network, that Barcelona lost "very much" by abandoning the prominent international star Messi.

Battah added, while standing with his friends in a local football stadium where they were playing a match or two: “By God, I was hoping that Messi would prefer a complement in Barcelona, ​​of course, because Barcelona’s sake is Messi, of course.. But because of Messi, Barcelona, ​​​​Barcelona abandoned him, who I can say that Barcelona lost a lot, a player worth Messi's performance on the field, she lost very much, I mean.

Ahmed Ezzat, a friend of Battah, said: "Certainly, Barcelona lost a lot because Messi is a legend player. History is difficult to answer for another at the present time, and he is the investigator of the Ballon d'Or (Golden Ball Award) six times, and his main competitor is Cristiano Ronaldo after Tani and Messi were alone. Alone in another pure place, and difficult, difficult, difficult that Barcelona compensates for Messi's uniform in the coming period and in the future period also after a long time too. Messi will make a lot of difference, he will make a lot of difference with Barcelona and Barcelona will be affected by Messi a lot because he has achieved, I mean, many achievements in Barcelona, ​​and he has achieved, I mean, most of Barcelona’s achievements at the present time.”

And Lionel Messi cried the day before yesterday, while bidding farewell to the Barcelona team, in which he spent his boyhood, and confirmed that he was in talks with the French club Paris Saint-Germain regarding a possible transfer.

The emotional press conference for the famous Argentine came in the wake of Barcelona's announcement last week that he could no longer meet his obligations to the international star after two decades of brilliance.

Despite his sadness, Battah said that if he was the real Messi, he would join a club that values ​​him and appreciates his skills, including Paris Saint-Germain, which Messi is likely to join.

And the Spanish newspaper Marca reported that Paris Saint-Germain officially sent its offer to Messi on Sunday morning (August 8) as soon as the Argentine star held the press conference.