In pictures: all the French medals from the Tokyo Olympics

Eighth in the medal table, the French delegation does not have to be ashamed of its record at the Tokyo Olympics despite a result below the expected 40 medals (33). Find in photos the… 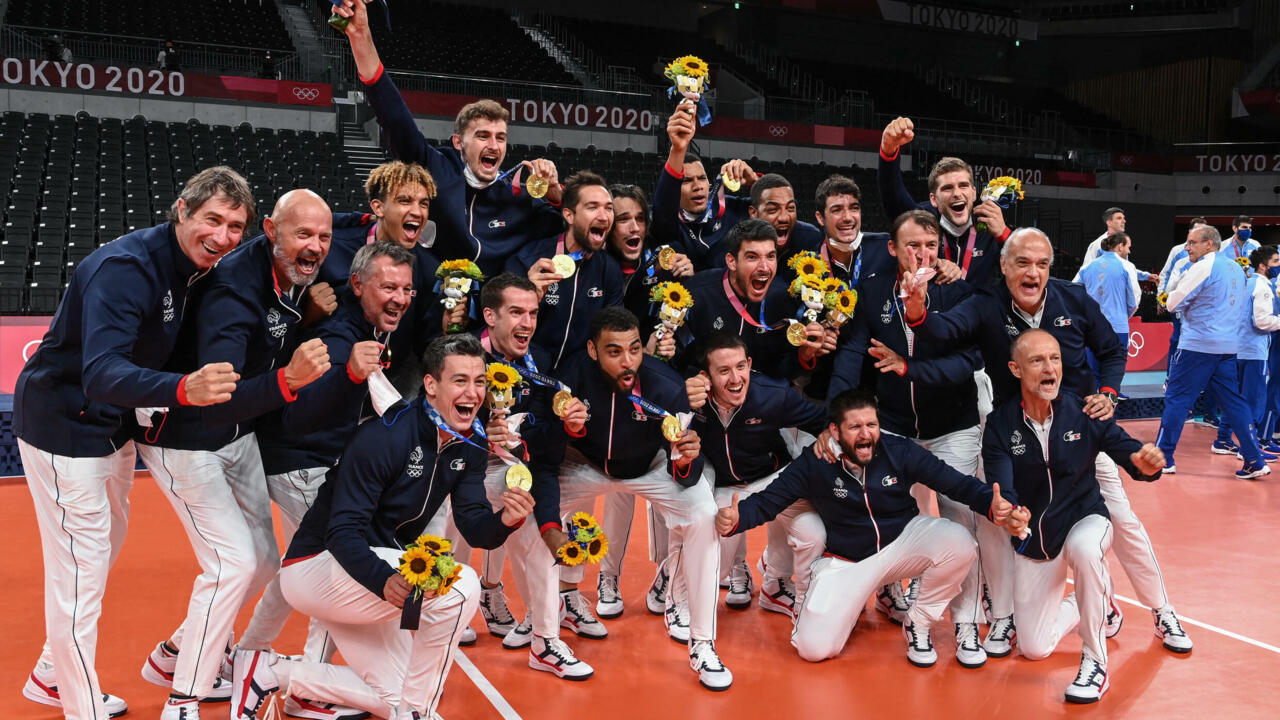 Beautiful harvest for the Blues!

With 33 medals (10 in gold, 12 in silver and 11 in bronze), the tricolor delegation is certainly doing less well than at the Rio Games (42) and those in London (35), but still ranks as the eighth nation in the ranking of medals.

Here are, in chronological order, the medals won by France at the Tokyo Olympics:

Luka Mkheidze reacts after his victory giving him the bronze medal on July 24, 2021 in Tokyo.

Amandine Buchard proud of her silver medal in the -52 kg category at the Tokyo Olympics, July 25, 2021 Franck FIFE AFP

The joy of French swordsman Romain Cannone, Olympic champion after his victory in the final, 15 touches to 10 against Hungarian Gergely Siklosi, at the Tokyo 2020 Olympic Games, July 25, 2021 Mohd RASFAN AFP

>> To read also: Clarisse Agbégnénou, a golden victory with a taste of revenge

>> To read also: Madeleine Malonga, Olympic vice-champion, so close to the coronation

Romane DIcko was able to mobilize again to win the bronze medal in her category.

>> Romane Dicko: from the Rio stands to the Tokyo podium

>> To read also: Teddy Riner misses the Olympic treble but consoles himself with the bronze

• The French mixed triathlon team, bronze medal in the relay

Charline Picon celebrates her silver medal in windsurfing on July 31, 2021, in Tokyo.

Teddy Riner and the French judokas pose with their gold medals in the mixed team event after beating Japan in the final, July 31, 2021 at the Tokyo 2020 Olympic Games Franck FIFE AFP

>> To read also: How France became the other country of judo

>> Tokyo-2021: for karateka Steven Da Costa, "the health context takes away the joy of the Olympics"

>> To read also: Kevin Mayer, gold goal in the decathlon despite the competition

French basketball players, despite a great tournament, lost in the final against Team USA.

>> To read also: French basketball players are close to the feat against the Americans

Donavan Grondin (d) and Benjamin Thomas, bronze medalists on the American, on the Izu velodrome, August 7, 2021 at the Tokyo Games Peter PARKS AFP

The joy of French handball players, after the victory (25-23) against Denmark, in the final, August 7, 2021 at the Tokyo 2020 Olympic Games Fabrice COFFRINI AFP