Football: Leo Messi at PSG, a crazy hope that is gaining momentum

Paris Saint-Germain supporters have had a funny night for two days. The risk of experiencing disillusion has not yet been ruled out, but all dream team fantasies are theirs ... 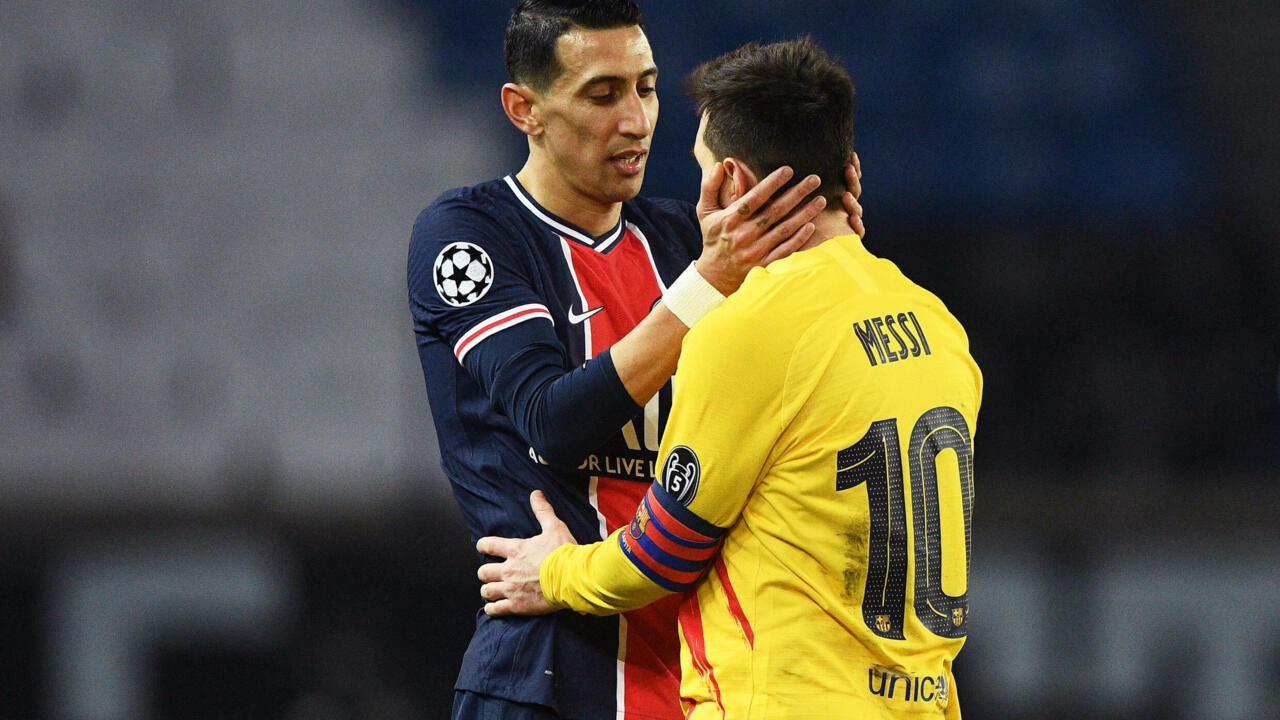 Football: Leo Messi at PSG, a crazy hope that is gaining momentum

(illustration) Two Argentines on a lawn: the midfielder of Paris SG Angel Di Maria and Lionel Messi at the end of the round of 16 second leg of the Champions League on the lawn of Paris SG on March 10, 2021. FRANCK FIFE AFP / Archives

Paris Saint-Germain supporters have had a funny night for two days.

The risk of experiencing disillusion has not yet been ruled out, but all the fantasies of

are within their reach.

This Saturday, August 7, 2021, the football world seems to agree that the arrival of Lionel Messi in the club in the French capital is within the realm of possibilities, or even more.

". Better than that, moreover: according to the sports journalist Julien Maynard, TF1, the number 10 of the Seleçao and the PSG was "

aware there are already several weeks of the difficulties of Barça

with of his friend Messi to join him

”. And our colleague to go even further in his shattering assertions: "

If he has refused the number 10, as revealed by several media, Messi plans to wear a number for PSG with which he played at Barça and in the team of 'Argentina: the 19

: FC Barcelona explains the reasons for the departure of Lionel Messi

Across the Atlantic, Marcelo Bechler, of TNT Sport Brasil, drives home the point: “

Although he has not yet the signature or the full agreement, PSG are optimistic and find themselves alone in the dispute for Messi.

We pinch ourselves to believe it.

The most optimistic is in the own ranks of the Qatari royal family, owner of the Parisian club: a brother of the emir has indeed posted on Twitter a photo of

with a PSG jersey, accompanied by a message as laconic as 'explosive: “

The negotiations are officially concluded.

"He then published an old snapshot of legend Sergio Ramos, luxury summer recruit for Paris, in full hug with the Argentinian during one of their many Clasico Real-Barça, in time.

The capital of light

What looked like an unattainable dream in recent years, when rumors of Leo Messi's arrival in Paris spread across Europe, has never seemed so plausible for a few hours

Paris Saint-Germain know that such an opportunity will probably not come again and that some must be seized at the right time, whatever the cost

wants to be even more precise: “

There is no agreement yet but Lionel Messi has informed PSG of his willingness to play at the club next season. At the Parisian club, now, to find a balanced budget to succeed in making the deal. We are talking about a two-year contract, plus an optional one.

The rule is known to all lovers of the round ball: Paris must enter the nails of financial fair play. But if the arrival of the Argentinian prodigy is confirmed, it will be clear that this device will not have prevented the Qatar Sports Investments, and its president Nasser al-Khelaïfi, from gradually building a real

not having much left. to envy the

Galactics of the Zidane years

or at great Barça.

When it comes time to face Troyes for his comeback in Ligue 1, he is a player regularly described as the best of all time, that the Paris of Qatar is on the verge of winning, after an already very skilful summer truce.

As a reminder, during the transfer window,

inexpensively his pharaonic building, by recording the free visits of the legendary Spanish defender Sergio Ramos, but also of the Italian goalkeeper Gianluigi Donnarumma, recently elected best player of the Euro won by his country, or even one of the best circles of the world, the Dutchman Georginio Wijnaldum. The club from the French capital has also recruited the Moroccan side Achraf Hakimi, paying 60 million euros to secure his services. What to foresee Eleven stratospheric, with Mbappé and consort, which will certainly give a cold sweat to the opponents of the Parisians, whoever they are, in real life as on a game console. With Messi in addition, really? Even in the city that saw him grow up, Rosario,his arrival in Paris seems

His compatriots Icardi, Paredes and Di Maria, aren't they already there?

: Thunderbolt in the world of football: Barça announces the departure of Messi