Tokyo 2021: Kevin Mayer, gold goal in the decathlon despite the competition

Kevin Mayer emerges as one of the most serious medal chances for France in athletics in Tokyo. At 29, the decathlete who holds the world record for the number of points scored ... 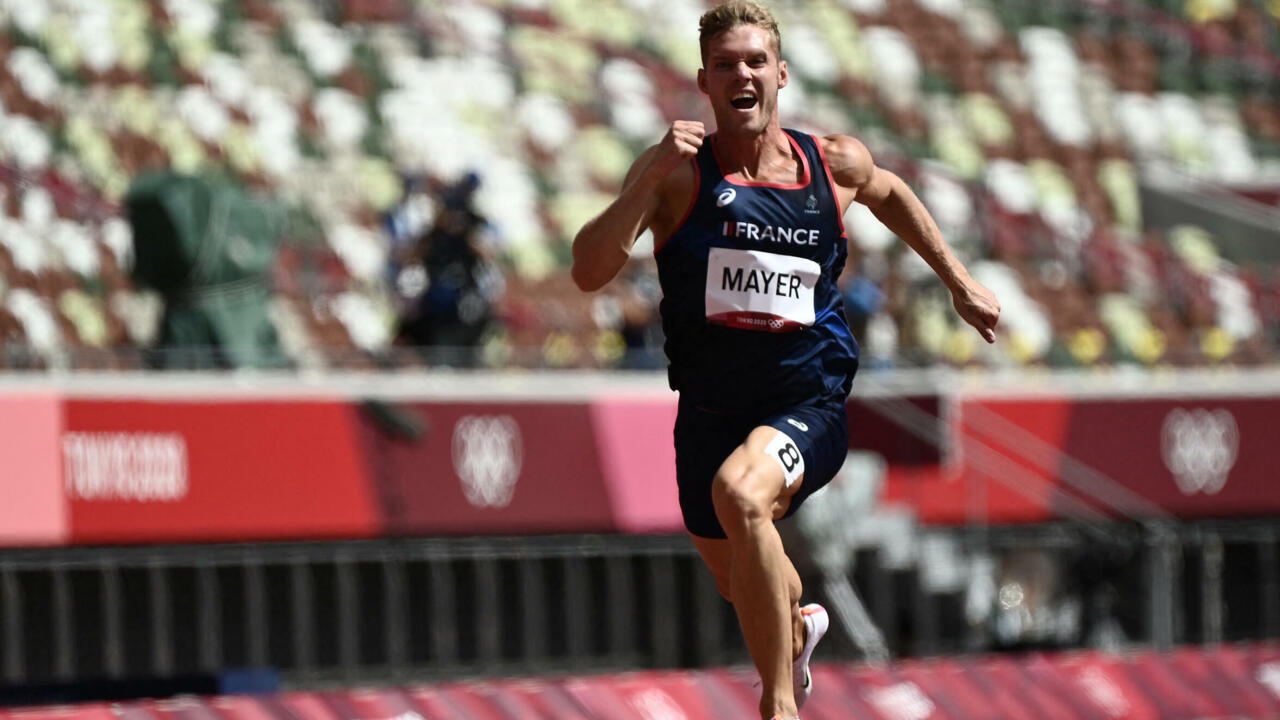 The French athlete started the decathlon at the Tokyo Olympics on Wednesday August 4, a demanding discipline made up of ten events - 100m, long jump, shot put, high jump, 400m, 110m hurdles, discus throw , pole vault, javelin throw and 1,500m - for which he remains the world record holder today (with 9,126 points scored in 2018).

"I can't promise you anything, but know that I will put my guts on this track," the French athlete said on Twitter before the start of the events. After the disappointment on the pole vault, Tuesday, with Renaud Lavillenie - a disappointing 8th place which can be explained in particular because of his ankle injury during the warm-up - Kevin Mayer is the other headliner who can fight for bring home a gold medal in French athletics.

For this meeting, the decathlete has done some preparation in recent months in sometimes extreme conditions: in order to acclimatize to the sweltering temperatures of Tokyo, he spent two weeks in Dubai (United Arab Emirates) in June.

"It was a high camp in terms of intensity and quantity with harsher conditions than in Tokyo," the Frenchman told AFP.

"We realized that the heat didn't bother me at all."

Tomorrow is the day 🔥

I can't promise you anything, but know that I will put my guts on this track 👊🏼 # Tokyo2020 pic.twitter.com/lGYCdKEgUn

"The idea was to escape the daily grind and essentially to see how Kevin could stand the heat, abounds Alexandre Bonacorsi, his childhood friend who manages the record of his performances." In Dubai, it was very hot, between 40 and 50 degrees every day with high humidity.

But the program of the sessions remained broadly the same as usual, with however more volume because we were far from the competition. "

During this fortnight in Dubai, Kevin Mayer was also able to reassure himself about his physical condition: he observed that his injury to the left calf, made at the start of a 110 m hurdles in May in Montpellier, was no more than a bad memory.

Despite good preparation for Tokyo, the French decathlete arrived on Japanese soil with uncertainties, having experienced several disappointments in recent years. As L'Équipe reminds us, Kevin Mayer had a "zero point in length at Euro-2018 and an abandonment due to an ischio injury at the Worlds-2019 in Doha". Not to mention that since his world record in 2018, he has only completed one decathlon - in Réunion, in December 2020, where he qualified for the Tokyo Olympics with the 4th best score of his career. (8,552 points).

Added to this is competition from Canadian decathlete Damian Warner. The latter, at 31, achieved 8,995 points this winter. A score which, if reissued in Tokyo, should push the Frenchman to deliver one of his best performances in the race for the gold medal. In Tokyo, the Canadian was in the lead after the first two events of the decathlon - 1st in the 100m and 1st in the long jump, Kevin Mayer finishing 9th and 5th respectively.

But the Frenchman has already known high-level rivals: five years ago, he was in the fight against the American legend of the discipline, Ashton Eaton - former record holder for the number of points, gold medal at the Olympic Games in London in 2012, then Rio in 2016 ... ahead of Kevin Mayer.

But the American decathlete has since retired (in 2017).

And today he is full of praise for the French athlete, having recently said of him: "Kevin Mayer is the best in the history of decathlon."

A tribute that is worth gold.