Belarusian Olympic sprinter Krystsina Tsimanouskaya, in conflict with her country's sports authorities, left Tokyo-Narita airport for Vienna on Wednesday. It is most likely ... 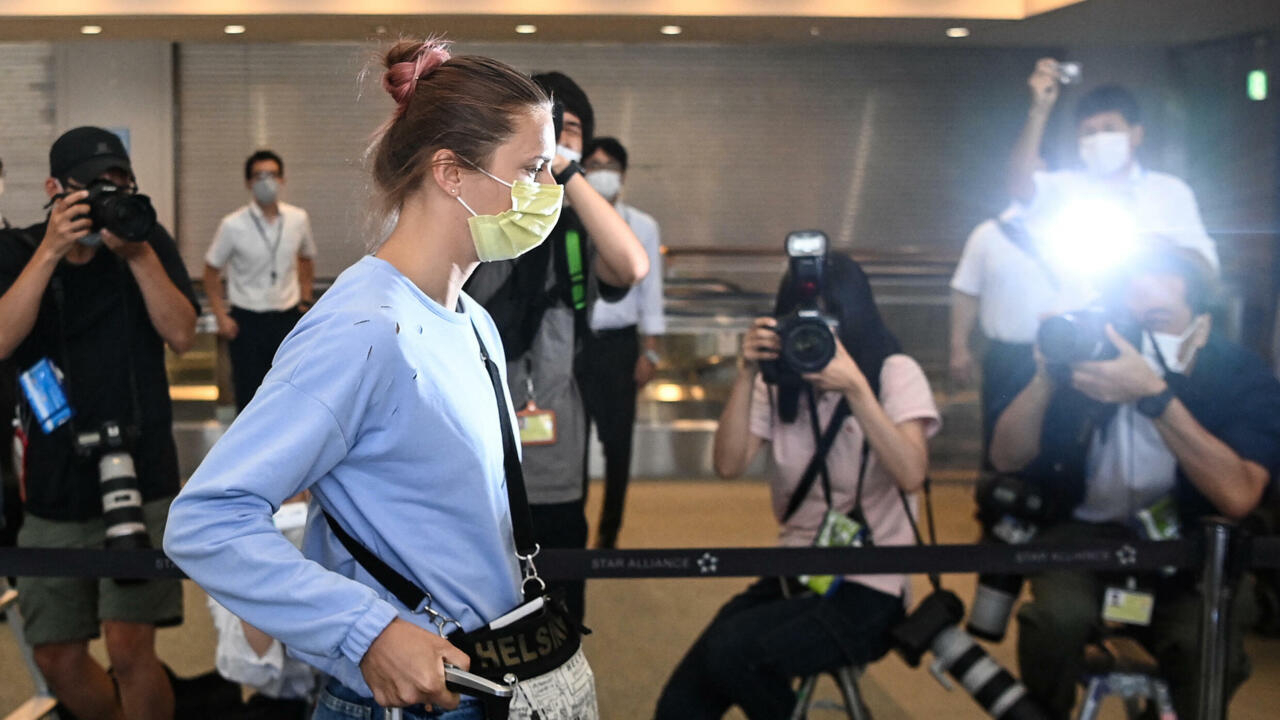 Belarusian athlete Krystsina Tsimanouskaya left Tokyo on Wednesday, August 4, a few days after escaping forcible repatriation to her country for criticizing coaches from her delegation on social media.

The Olympic sprinter was initially scheduled to take a direct flight from Tokyo to Warsaw operated by Polish company LOT.

She should finally reach Poland, the country which granted her a humanitarian visa on Monday, through Austria, having left Tokyo-Narita airport for Vienna on board an Austrian Airlines plane.

Krystsina Tsimanouskaya did not make any statement to the press before her departure, which came shortly after 11 a.m. (2 a.m. GMT).

The sprinter had said Sunday to have escaped a forced repatriation Belarus, a few days after having openly criticized the Athletics Federation of her country in the middle of the Tokyo Olympics.

She had been confined since Monday at the Polish embassy in Tokyo, without speaking to the media.

She had left the embassy early on Wednesday in a car with tinted windows, so it was not possible to identify her with certainty.

For security reasons, the Polish authorities did not wish to give any information in advance about his departure from Tokyo.

Representatives of the Belarusian Sports Solidarity Foundation (BSSF), an organization supporting athletes in the crosshairs of power in Minsk, expected to welcome Krystsina Tsimanouskaya upon her arrival in Warsaw, as well as other Belarusian pro-democracy activists.

According to the athlete, his national federation wanted to force him at the last moment to participate in the 4x400m relay at the Olympics, when she was initially supposed to run the 100m and 200m, a decision that had outraged her.

Fearing to end up in prison if she returned to Belarus, Krystsina Tsimanouskaya had obtained Sunday evening the help of the International Olympic Committee (IOC) and police protection while she was at Tokyo-Haneda airport, on the verge of to be repatriated.

The IOC has initiated an official investigation into the matter, also asking the Belarusian National Olympic Committee for an explanation.

This incident sparked international reactions condemning Belarus, a former Soviet republic ruled with an iron fist by President Alexander Lukashenko since 1994 and whose son is the head of the National Olympic Committee.

"The regime of Alexander Lukashenko is reputed to use various methods, often totally illegal (against its detractors), which is why the best is to provide as few details as possible" on the departure of Krystsina Tsimanouskaya from Tokyo, had justified Tuesday Deputy Foreign Minister Pawel Jablonski.

"Poland will continue to actively support the entire Belarusian nation, and the persecuted opposition activists," he wrote on Facebook.