Yesterday, cyclists Bao Shanju and Zhong Tianshi won gold in velodrome cycling. At the awards ceremony, they wore pins with pictures of Communist leader Mao Zedong. They are now being investigated by the IOC - as they may have violated the regulations. 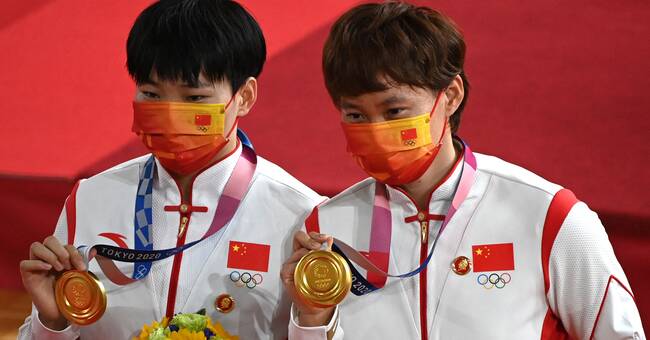 The rules of the International Olympic Committee do not allow political markings on the podium.

Despite this, the shot putter Raven Saunders shaped his arms in an "X" during the award ceremony the day before yesterday, to support oppressed people, which has meant that the IOC has now asked the American team for an explanation.

And yesterday came the next political mark in connection with an award ceremony.

This time it was the Chinese Bao Shanju and Zhong Tianshi who showed needles with pictures of the Communist Party's founder Mao Zedong, when they received the gold medals for the victory in the women's team sprint in velodrome cycling.

Now, the IOC has asked China's Olympic team to explain why this happened, as it may be a violation of the rules that prohibit political markings on the podium.