Not since the 20th century had a player outside Asia won an Olympic gold in the badminton men's singles. But today it was time again. Danish Viktor Axelsen won the final against China's Chen Long. Axelsen defeated the reigning champion in two straight sets. 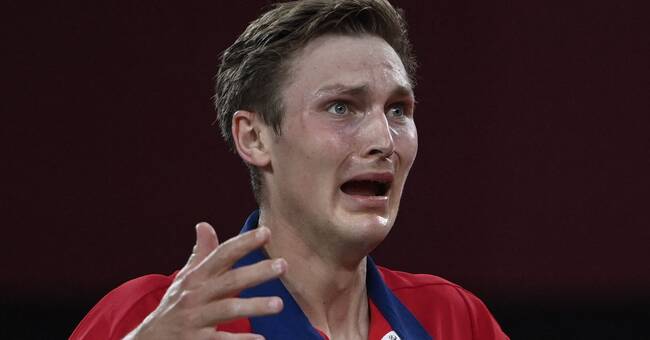 There is no doubt that Asia is the dominant continent in the sport of badminton.

Since it became an Olympic sport in 1992, all but two golds have been taken by players from Asia.

In men's singles, it has only happened once that a player who does not come from Asia has become champion.

It happened in Atlanta in 1996, when Danish Poul-Erik Höyer Larsen won the final against China's Dong Jiong in two straight sets.

And now, just like then, it was China against Denmark in the final.

And also this time it was a victory in two straight sets for the Dane.

When the gold was ready, after the Chinese released a ball that landed just inside the baseline, the Dane - who in 2017 took World Cup gold - fell into tears and seemed to barely understand what exactly happened.

"This is not possible"

And he also cried a few minutes later, when he stood in front of the interview microphone at Danish DR.

- I can not understand it.

I simply can not understand it.

This is not possible, he said before he had to leave the interview.

In addition to the two Danish golds, another European has won an Olympic gold. It was Spain's Carolina Marín who won the women's singles in Rio 2016. The gold was their second in this Olympics. The first was taken by Anne-Marie Rindom in the ladies' laser radial yesterday, in which Swedish Josefin Olsson finished second.