Östersund was on its way to the season's third win. Then Astrit Selmani saved points for Hammarby. - We have a bit left, it's sour, Selmani says to Discovery plus. 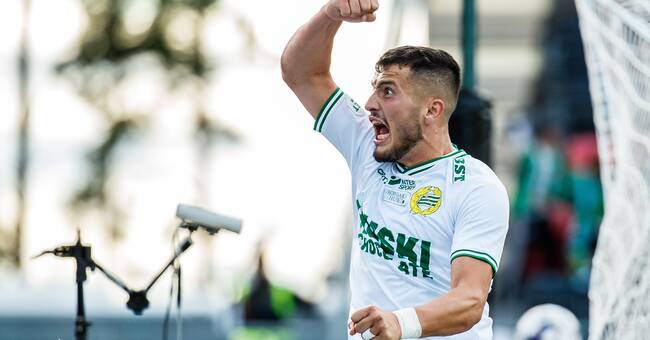 And today he saved points for his Hammarby.

Already in the 13th minute, the guests got a nice position to take the lead.

The shot from Astrit Selmani hit the outside of the post.

But it was instead ÖFK who would take the lead.

Patrick Kpozo then knocked in 1-0 to the home team.

ÖFK looked to be heading for profit.

But in the second half, Hammarby took a clear grip on the match, despite the fact that the really hot chances were missing.

- There was quite a lot of pressure from Hammarby's side, but we resisted well.

We make a great effort in addition to letting in the last, says Nikolaos Dosis to Discovery plus.

However, it would come loose for both Hammarby and Selmani.

And in the 69th minute Björn Paulsen reached the top of a post and at the far post was Selmani who pressed the equalizer for the guests.

- Unfortunately, it was not enough for three points.

We want to create more and we have a bit left.

There were no more goals in the match that ended in a draw.

ÖFK's third win of the season must continue to chase.