Goal scorer: "Heard it since I started playing ..."

Not a win after the summer break. But against a crisis-stricken Mjällby, Kalmar took three long-awaited points. 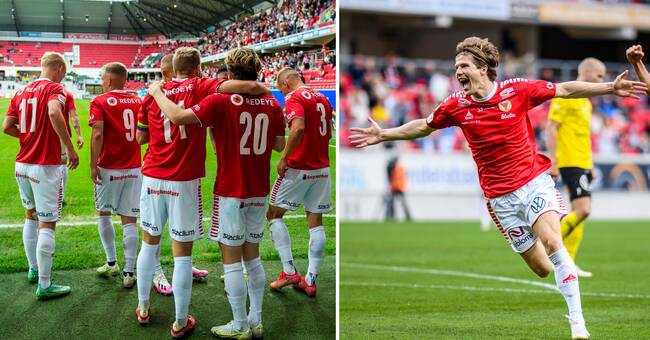 Three straight losses and goalless in the last two matches.

That was Kalmar's result before Sunday's Allsvenskan meeting with Mjällby, who was also in desperate need of points.

A meeting that the home team won 1-0.

The only goal of the match came in the 51st minute when the Norwegian fired just outside the penalty area - via Mjällby captain Max Watson - and placed the ball at the front post.

It was the 31-year-old's fifth goal of the season.

- Ever since I started playing football, I have been told that it is difficult for the goalkeeper when the ball goes between the legs of the defender… it has worked the last two times, and it is something I will continue to try, says a satisfied Oliver Berg in Discovery + after the game.

The win was Kalmar's first after the summer break.

- It is hard to lose matches, but we have had a good focus on our performances, says the striker.

For Mjällby's part, it was the fifth straight loss, and the team parks in a negative qualifying spot after 13 games played.