Dramatic victory over Dominica... Kim Hyun-soo hits the end of the 9th inning!

As you've all seen, the baseball team achieved a miraculous comeback victory over the Dominican Republic in their first match of the finals. At the end of the ninth, a tie was made and captain Hyun-soo Kim hit the finish line. 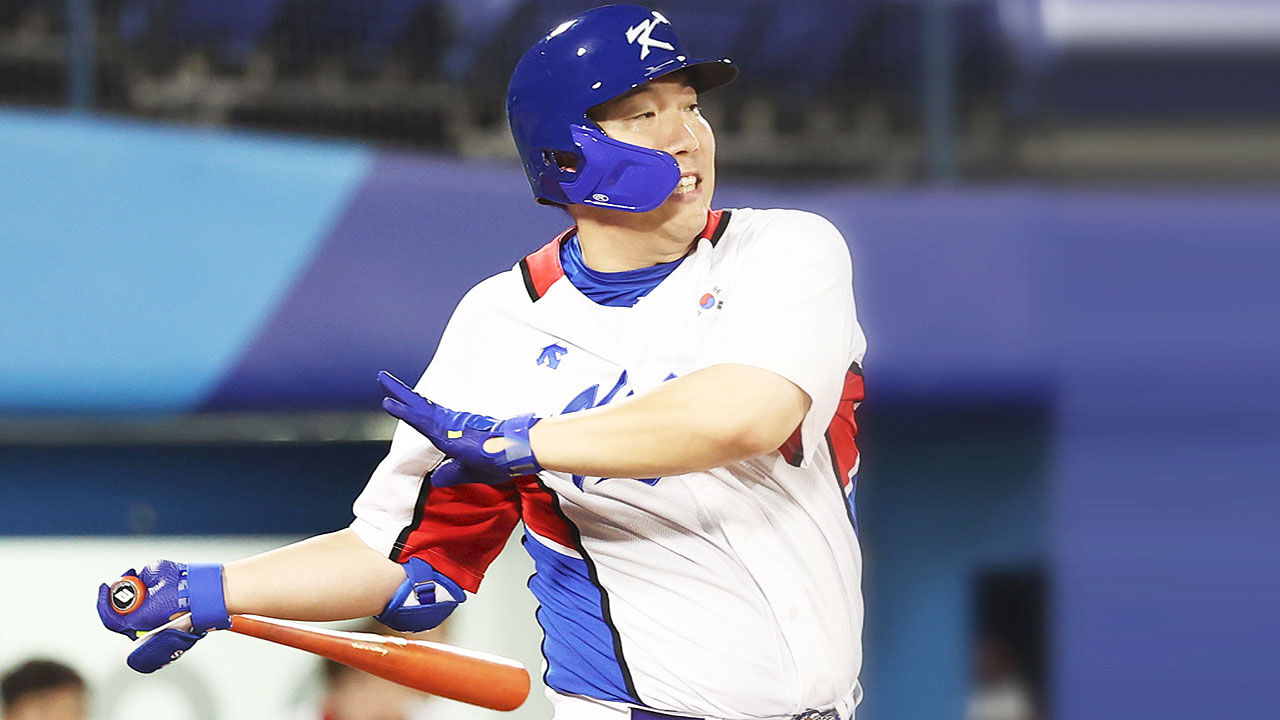 you may have seen, the baseball team achieved a miraculous comeback victory over the Dominican Republic in the first match of the finals. At the end of the ninth, a tie was made and captain Hyun-soo Kim hit the finish line.

Yesterday (31st), the national team batting line, which could not hit the fast ball of the American pitchers, failed to capture the slow ball of the 44-year-old starter Valdez of the Dominican Republic today.

He threw a slow fastball and a slower change ball with an average speed of only 130km per hour, which is hard to see even in the second team of professional baseball, and he continued to be silent after scoring one point at a time.

19-year-old rookie Lee Ui-ri, who started out as a starter, struck out nine up to five innings with good pitch, but was hit with a two-run homer by Francisco, the fourth batter, in the fourth inning, and bowed her head.

The national team, which was thoroughly dragged, produced an unbelievable comeback drama in the final attack at the end of the ninth.

Against the opposing closing pitcher Castillo, leading hitter pinch hitter Joo-Hwan Choi's hit followed by stealing a base by runner Hye-Sung Kim and a just-time hit by Hae-Min Park followed by one point. After a one-out, Jeong-hoo Lee made a dramatic tie with a double on the left wing.

Yang Eui-ji withdrew with a ground ball and was two-out, but captain Kim Hyeon-soo took the lead.

With a double that exceeded the height of right fielder, Lee Jung-hoo was called in to complete a miraculous comeback victory.

The national team, who escaped from the brink by scoring three points only at the end of the ninth inning, will play the second match against Israel tomorrow.