Carlos Sainz, on the podium after a strange last-minute sanction to Vettel

At 8pm on Sunday, three hours after Esteban Ocon's victory at the Hungaroring, an F1 statement shook the entire paddock. The technical delegate, Jo ... 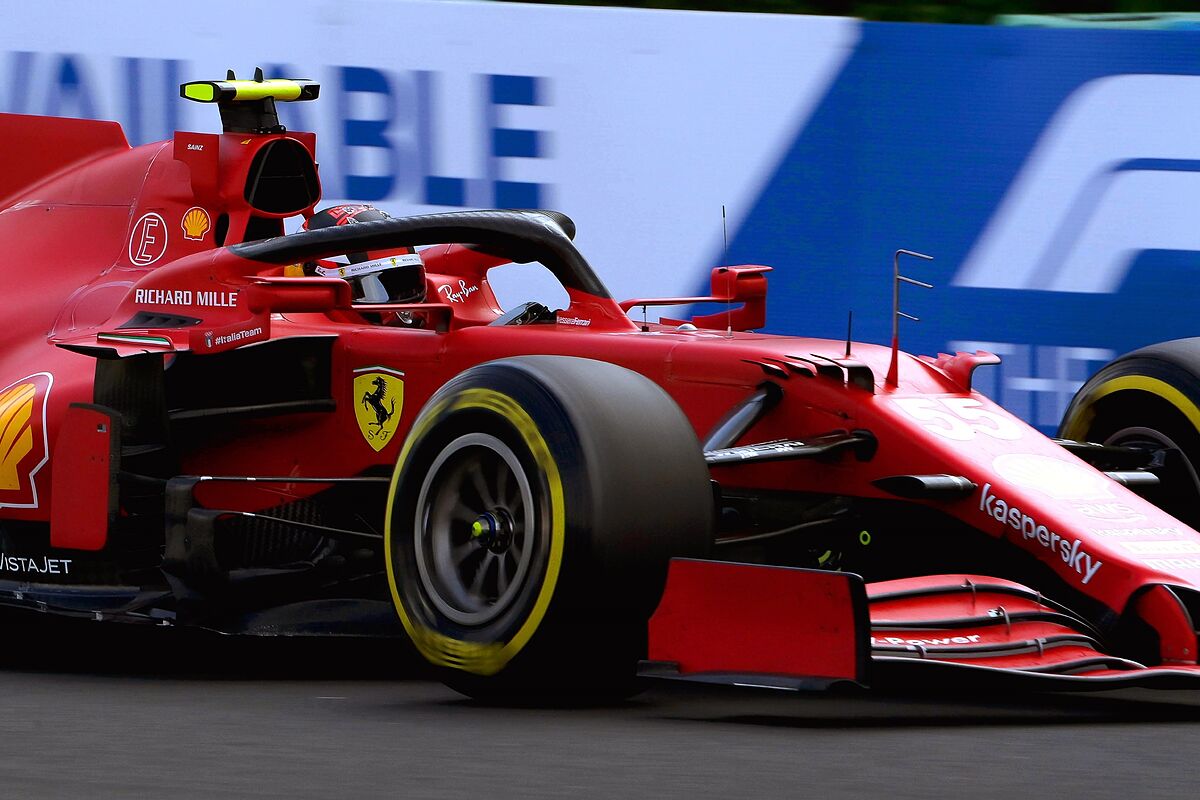 At 8pm on Sunday, three hours after

at the Hungaroring, an F1 statement shook the entire

, had not been able to extract a liter of gasoline from the car of

, second classified at the finish line, so he was forced to transfer this violation of the regulations to the stewards.

a member of the Aston Martin team was called into the chapter to examine in detail what had happened.

And it still took another two hours for its final ruling.

At around ten o'clock at night, after the disqualification of the German driver,

won his second podium with Ferrari.

The aberrant chronology of events was reminiscent of what happened in Interlagos on November 17, 2019, when the Madrilenian went up to the drawer with McLaren for the first time after a

That almost clandestine Brazilian champagne gave way yesterday to an even more intimate celebration in Budapest.

Sainz, after climbing 12 places from the grid, found the reward for his clever approach.

He could not do it on the asphalt, as he was passed by Hamilton four laps from the end.

A bitter outcome after so much effort on a route that looks more like a mousetrap.

He had started fifteenth on the grid, but his expertise in the first lap made him climb to sixth place, from appearing in the

Not satisfied, he wanted to squeeze the possibilities of his SF21.

Even if to do so he had to contravene the orders of his engineers.

His faith in the 'overcut'

If anyone had doubts about his specific weight at Ferrari, Carlos cleared them with a stroke of the pen. When the first third of the test had not yet been completed,

to get rid of

. "No!" Sainz snapped. "I have a lot more rhythm, guys," he added in relation to the idea of

, head of strategy for the

. Only 10 laps later, after squeezing the wheels in the

both opponents after passing through the

"I wanted to convey to them that doing an extra lap in clean air could be very fast. We continue to learn together and these things are what make us stronger," explained Sainz, who in mid-May had been one step away from triumph in Monaco.

Yesterday, filling the gap in Charles Leclerc, due to a retirement in the first round, Carlos offered his most competitive profile.

At the moment he already has three points more than the Monegasque in the World Cup, so his warning for the future should be taken very seriously: "In the second half of the championship we will improve".