Swimmer Emma Gullstrand knocked out in the semifinals

She took the European Championship bronze in the three-meter failure earlier this spring. But at the Olympics in Tokyo, the swimmer Emma Gullstrand, 20, was knocked out in the semifinals. However, the Olympic debutant from Jönköping was close to a final and missed advancement by less than one point. 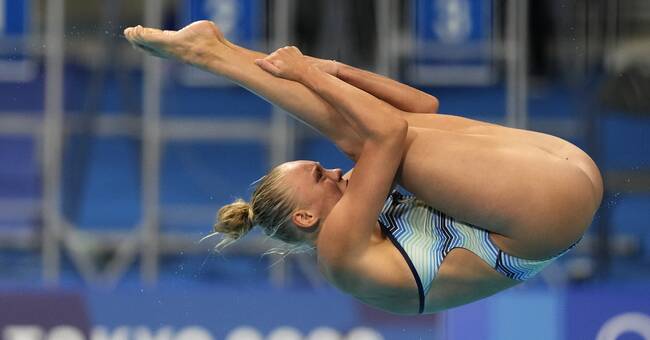 Despite a promotion in the last two rounds, she finished in 13th place and it is the twelve best jumpers, out of a total of 18 in the field, who advance to Sunday's final.

In comparison, she collected 289.65 in the trials.

It is noteworthy, however, that Gullstrand's last jump - 2.5 volts forward with two screws - had the highest degree of difficulty in the entire field.

- She has the future ahead of her, writes national team captain Ulrika Knape Lindberg in a text message to Aftonbladet.

In May, she won Sweden's first medal in nine years in an international senior championship in swimming. She then won the European Championship bronze in the three-meter failure.