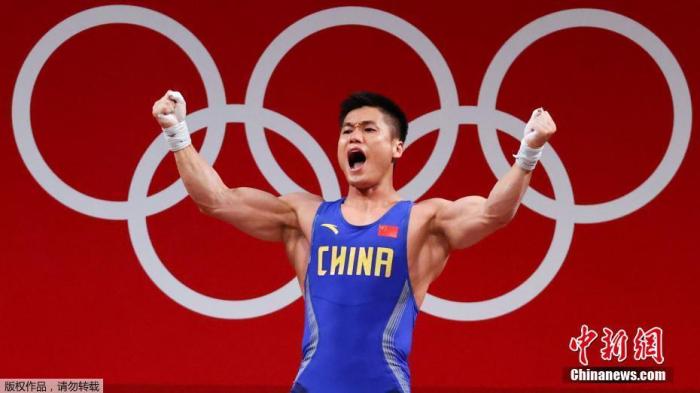 This is the 21st gold medal of the Chinese delegation in this Olympic Games.

This Tokyo Olympics is the third of Lv Xiaojun's career. In the London Olympics, Lv Xiaojun won the men's lift of the 77 kg class.

Due to weight disadvantage in the Rio Olympics, Lu Xiaojun finished second.

At present, the men's 81kg class clean and jerk and the world record for overall results belong to Lu Xiaojun, which are 207kg and 378kg respectively.

In this campaign, Lu Xiaojun’s biggest opponent is Italian rookie Pizuolatu. He lifted 206 kilograms of clean and jerk at this year’s European Championships, which is only 1 kilogram away from the world record held by Lu Xiaojun.

After winning the championship, Lu Xiaojun was very calm, and he admitted that he had some regrets.

At the Rio Olympics five years ago, Lu Xiaojun was placed in runner-up due to his weight disadvantage.

However, Kazakh player Rahimov, who won the championship at the time, was recently found to be suspected of doping violations.

If the opponent is eventually deprived of the gold medal, Lu Xiaojun can achieve three consecutive Olympic championships.

Speaking of the 37-year-old still insisting on lifting weights, Lu Xiaojun said that he loves from the heart and feels that he cannot do without weightlifting.

"I really like the feeling of fighting on the court. Fans all over the world call me a military god. I want to prove that you are right."

Regarding all four contestants winning gold, the coach of the men’s team, Yu Jie, said: “Each team member is very good. They have demonstrated their spirit of daring to fight, winning glory for the country and their training level. I am very happy that they all won the championship. Give them 99 points and deduct one point for fear of their pride." (End)