What made the Chinese "Fei" fish? 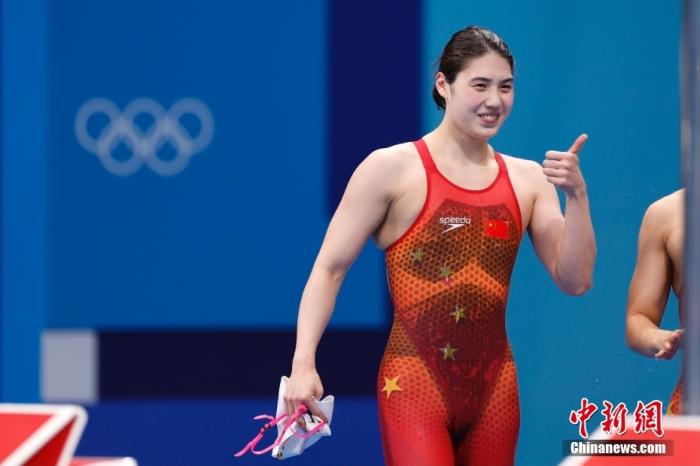 (Tokyo Olympics) What made the "Fei" fish in China?

Within an hour, the 23-year-old Chinese girl first won gold in the women’s 200m butterfly final by breaking the Olympic record, and joined the women’s 4×200m freestyle relay team, swimming with her teammates in the final 7 Olympic record and world record in minutes 40.33 seconds.

Ricked her rivals and won two consecutive championships. About 8 hours later, she took part in the men's and women's 4×100m medley relay preliminaries and performed well.

The Chinese team ranked third and advanced to the final.

A few days ago, she also won a silver medal in the women's 100m butterfly.

Zhang Yufei has become a Chinese "Fei" fish that has been watched by the world.

What made the Chinese "Fei" fish?

Chen Yunpeng, the former head coach of the Chinese National Swimming Team, said in an interview that physical fitness, technical optimization, strength and endurance reserves, excellent coaches and steel-like mental will are the keys to her success.

However, few people know that Zhang Yufei suffers from congenital scoliosis, and the muscles on both sides of the back are uneven.

She found the balance point of the body through hard training and assistance.

"100 butterfly" and "200 butterfly" seem to be almost the same, but in fact the training concepts and methods, techniques and physical strength of the two distances are different, and the requirements for athletes are extremely high.

Female athletes can win medals in two events at the same time in one Olympic Games, which can be traced back to the Seoul (Seoul) Olympic Games 33 years ago.

This is about Zhang Yufei's technology.

Both parents are swimming coaches. They went into the water at the age of 3 and began to receive formal training at the age of 5. "Fei" has a good foundation.

After experiencing the defeat of the Rio Olympics, Zhang Yufei was afraid of his former main event.

The defeat at the 2019 Gwangju World Championships-not only did not enter the finals in the main event, but the result was nearly 8 seconds back from 4 years ago, further damaging her confidence.

The race distance is shortened, and the sprint strength is the first.

In order to improve ability, Zhang Yufei moved the training location from the swimming pool to the strength room for the winter training at the end of 2019, focusing on land and improving physical fitness.

This process is not easy, she said: "Many times, when I sleep at night, my muscles are burning, and I wake up from the pain."

The results are also obvious.

At first, she could only carry 15 kilograms in pull-ups, and after half a year, she could carry 40 kilograms and perform standard movements.

Last year, she scored 45 points (out of 50 points) in the physical fitness test.

Zhang Yufei explained: "Butterfly and freestyle short-distance events have something in common. After the physical fitness and speed of the butterfly are up, the freestyle has also improved."

Abundant physical fitness is her confidence to "three shots" a day.

During the tour on July 29th, she only said that she was "very tired" and "a little sleepy".

But as long as there is plenty of rest time, she is full of confidence in the men's and women's 4×100m medley relay finals with her teammates.

To urge Zhang Yufei to "turn a cocoon into a butterfly", a coach is indispensable.

It is not difficult to see the accumulation and inheritance of the Chinese swimming army in the women's butterfly event.

Among them, the leader of Zhang Yufei's "unusual path" is the coach Cui Dengrong who is good at capturing the world's advanced technology and training information.

"We chose the most difficult path, and we insisted on going, we saw the light and walked to victory." Zhang Yufei said.

Zhang Yufei has an iconic smile, and in the Tokyo arena, she is particularly praised for her performance after losing the gold medal in the women's 100m butterfly in just 0.05 seconds.

After a moment of loss, she immediately regained her usual vitality.

She said: "I lost this game, but I don't admit defeat. I will win the World Championship next year."

After winning the coveted Olympic gold medal, she was still smiling.

After the game, the reporter asked her what she likes most, "Sliced ​​potato!" Her eyes lit up.

"The journey is difficult, treat each other with a smile."

This is the footnote of Chinese "Fei" fish, and it also makes her future more promising.