Tokyo 2021: judoka Vanessa Mballa, a great chance for a medal for Cameroon

Cameroonian judoka Vanessa Mballa begins her Olympic tournament on Friday. At 29, she dreams of winning a first medal for her country in this discipline. The young woman lives and trains ... 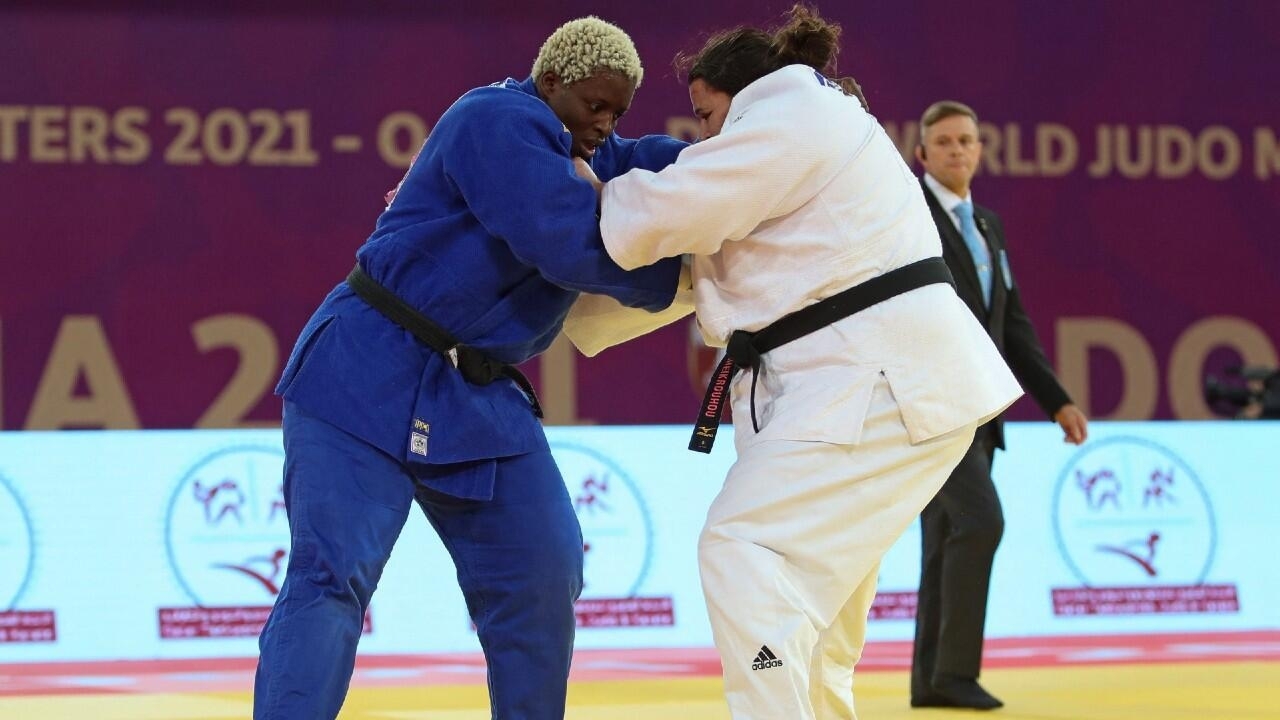 Vanessa Mballa, her full name Hortence Vanessa Mballa Atangana, is one of the 15 best in the world in the over 78 kg category.

Quadruple champion of Africa, the Cameroonian judoka is one of the sensations to follow, Friday, July 30, at the Tokyo Games.

She faces Turkey's Kayra Sayit for her entry into the tournament.

After a first Olympic participation in Rio where she stopped in the first round against the Polish Daria Pogorzelec, she hopes this time to go much further.

"A medal in Tokyo, I believe in it and my coach too," she said on the official website of the Olympic Games.

Her disappointment, five years ago, had deeply marked her.

"There followed a period of depression, where she had cut herself off with judo," explains her trainer Rodrigue Chenet.

"I had encouraged her to take her license and diplomas to train judo, which she did. She had also gained thirty kilos in six months…"

The coach and the athlete have a very strong relationship. They have been preparing together for months in 2014 in Château-Gontier-sur-Mayenne in western France, but they are not reunited in Tokyo due to the Covid-19 pandemic. As France Bleu tells it, it is thousands of kilometers away and by WhatsApp that the trainer will give him the instructions for his fight.

"That we are not together in Tokyo impacted her psychologically. She has been a little isolated for about two weeks now, and very little accompanied on the spot. I tried to reassure her as best as possible", Rodrigue Chenet said on the radio station.

“At the end of her first fight I can get back to her to debrief. I will give her the keywords verbally, that will be enough. I have done a lot of mental preparation, and so we work by keywords a lot. The idea is not to invade her, not to suffocate her, she knows what she has to do, "he added.

Vanessa Mballa does not lack resources. His journey is a long struggle. She started judo at the age of 11 in Yaoundé. "As I was too turbulent at school, my mom sent me to do judo to channel this energy. It was she who chose the discipline and I liked it right away," said the champion. on the site of one of its sponsors. Despite very few resources, the Cameroonian is making rapid progress. She stands out for her talent. In 2011, the Cameroonian Olympic Committee offered him a scholarship to complete his technical training in France. She landed at the Pôle espoirs de Rouen at the age of 16.

The beginnings are difficult, but his meeting with Rodrigue Chenet during an internship at Château-Gontier changes the situation.

She decides to join him in Mayenne: "I did well to change. Confidence returned and we worked hard, we never gave up."

The champion has since chained the victories and dominates her category on the African continent.

"This medal of which I dream so much"

The postponement of the Games was a big blow, however. "I cracked a bit," she admits. "But I said to myself, a year is nothing after all. I've already done the hard part, I can wait another year and it allows me to better prepare myself to go for this medal that I dream of so much. " Since then, Vanessa Mballa has quickly recovered and has multiplied good performances in recent months. She notably took 5th place last January at the Masters in Doha, then won a bronze medal in April during the Grand Slam of Antalya in Turkey.

Very beautiful course of Vanessa MBALLA our Cameroonian champion at the Masters of #Judo in Doha in Qatar Our judoka of @chateau_gontier and @lamayenne finished 5th with a very beautiful course which places her in the world top 10 Very promising for the Olympics @ Tokyo2020fr # TDJ2024 pic.twitter.com/XFBsrsXpSY

In Tokyo, the competition promises to be tough.