Sensational achievement as the first Swede to reach the Olympic final in canoe slalom. There Erik Holmer missed a gate. He finished second to last, in ninth place, with a total time of 148.59. 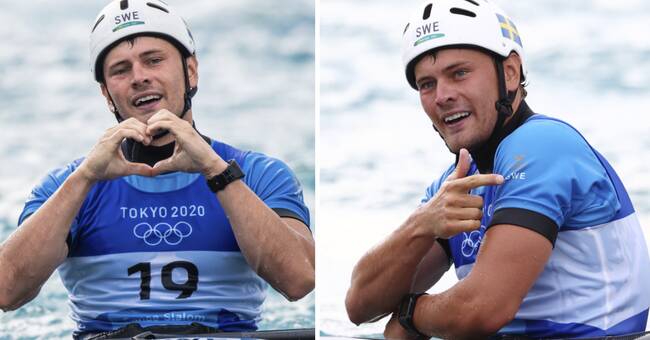 He impressed in the semifinals and snatched the last ticket to the final with a tenth place.

A success already there for Erik Holmer, as the first Swede in the final ever at the Olympics.

Once in the final, Holmer, 66th in the world rankings, was the first participant on the 230-meter-long course, containing 25 gates.

The Swede started without any mistakes, but at the 15th gate it was a hit and a penalty of two seconds.

At port 23 came the next addition.

The 26-year-old missed the gate, and such a mistake results in a penalty of 50 seconds.

He thus ended up second last, a ninth place, in the historic final.

Czech Jiri Prskavec, who had the best time in the semifinals, picked up the gold by far after finishing 91.63.

The silver medalist was the Slovak Jakub Grigar, 94.85, and the German Hannes Aigner, 97.11, took bronze.