Holland Eight in sackcloth after missing medal: 'We missed all aggressiveness'

The rowers of the Holland Eight are very disappointed after the completely unsuccessful final at the Olympic Games in Tokyo. The boat hoped for gold on Friday, but only finished fifth. 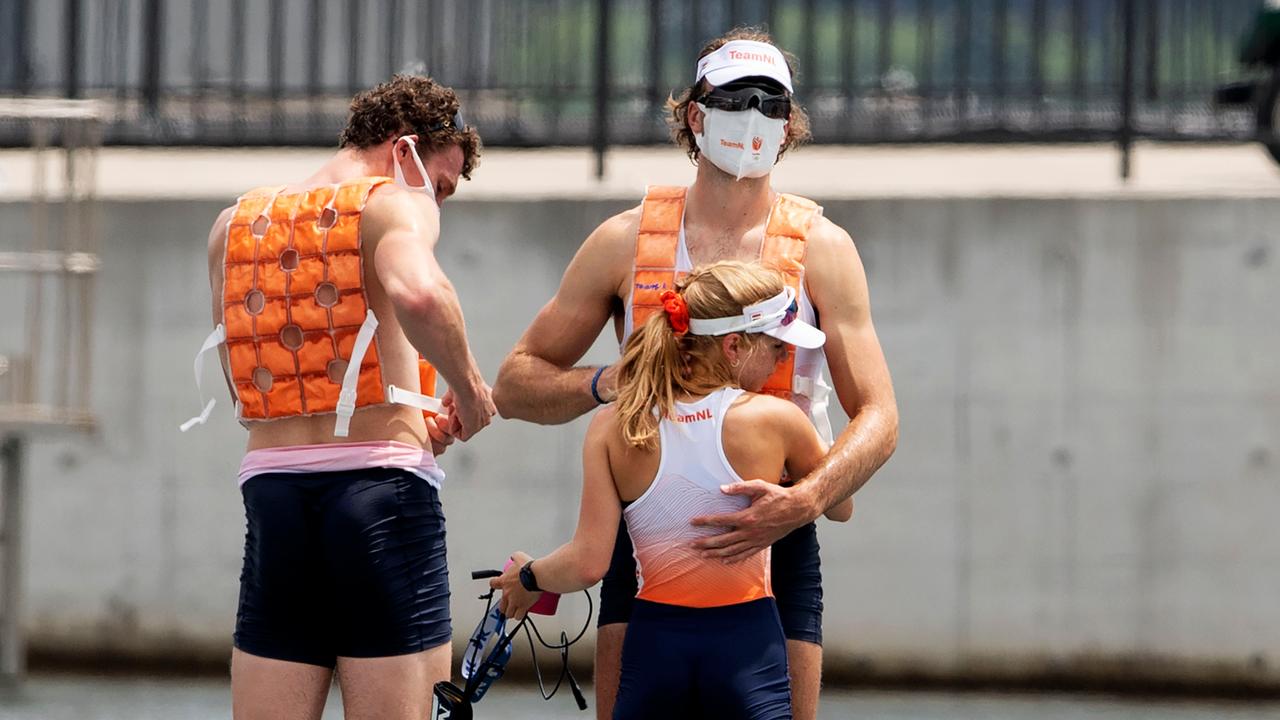 The rowers of the Holland Eight are very disappointed after the completely unsuccessful final at the Olympic Games in Tokyo.

The boat hoped for gold on Friday, but only finished fifth.

"We came here to win, we were so dominant in the heats and in the Olympic final, everything that went so well in preparation is not going well. We lacked all the aggressiveness. This is extremely disappointing," said Robert Lücken, the man on the hitting position.

Maarten Hurkmans, the number five in the nave, held his ground for a long time.

He also wasn't sure why the rowers had such a poor start and couldn't pick themselves up in the race.

"I can't quite picture it in my head right now. There was so much confidence before the race, there was so much ease, but apparently we did something different than we should have."

Then the emotion overcame him and he bowed his head long and deep.

"This is such a deception. The Olympics are once every four years, you train really hard for this and then you miss out. I'm proud to be here, but it's just not nothing."

The disappointing final of the Netherlands was surprising.

The Holland Eight made an impression in the series by winning a heat with New Zealand and Great Britain, but in the final New Zealand was the fastest and the British boat took the bronze.

The disappointment was great with the Holland Eight after missing out on a medal.

The disappointment was great with the Holland Eight after missing out on a medal.

'It must have been tense'

Lücken desperately looked for an explanation as to why the Holland Eight was disappointing.

"I don't think it was anything technical. It must have been tension before the big moment. Yesterday we trained at an incredibly high pace, just like we rowed distances at world record speed throughout the preparation."

"But it didn't work out in the final, getting the first ten was not good," continued Lücken.

"We should not have let that upset us, but something crept into the team. Something between the ears."

Both Lücken and Hurkmans believe that the run-up to the Games has been messy.

"We flew to Tokyo later than planned and then there was the whining with those corona infections. That gnawed, but it went well in the boat. This team simply had the potential to get the gold."

It was not always fun in the team in the long preparation for the Games, Lücken confessed.

"It didn't work for a while within the team, but that does not have to be a problem, because it is part of the sport that things sometimes go wrong. But I see no reason for this poor performance."

Hurkmans saw it that way too.

"The eight is like a family. You love each other, but you can't always agree. With eight people who have not spoken up, sometimes tensions arise. But this failed final is not about that attributable."