(Tokyo Olympics) Highlights of the competition: Swimming pool "Feiyu" hits three gold medals in Chinese women's volleyball team, hoping to win first   China News Service, Tokyo, July 30 (Reporter Wang Zumin) On the eighth day of the Tokyo Olympics (31st), the Chinese Army will continue to attack on multiple lines and compete for gold. Waiting for the game to return a good news.   In addition to 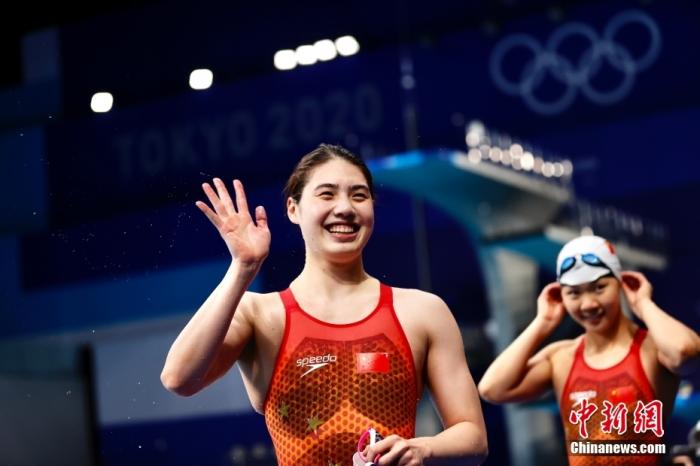 China News Service, Tokyo, July 30 (Reporter Wang Zumin) On the eighth day of the Tokyo Olympics (31st), the Chinese Army will continue to attack on multiple lines and compete for gold. Waiting for the game to return a good news.

In addition to the gold medal battle, the outcome of a group match is worrying-the Chinese women's volleyball team, which has lost three consecutive times, will fight for the first victory in the battle with the Italian team.

If the game loses, the defending champion will stop the group stage one round ahead of schedule.

Two days after the off-season, the weightlifting arena re-emerged.

This is Lv Xiaojun’s third Olympic journey. He was the gold medalist in the 77 kg class at the London Olympics 9 years ago and won the silver medal at the Rio Olympics.

The Chinese weightlifting team has 4 male athletes participating in 4 men's events this time, and the gold medals of the first 3 items have been collected in the bag.

In the 2008 Beijing Olympics, it was Yin Jian who won the women's windsurfing RS: X-class, and achieved the "zero" breakthrough in the Olympic gold medal of sailing windsurfing for the Chinese delegation.

This time, Chinese players Lu Yunxiu and Bi Kun have already qualified for the medal round respectively, and Lu Yunxiu is ranked first in the women's windsurfing RS:X class.

The 25-year-old Fujian girl won the championship in the 2019 World Cup and is looking forward to the perfect curtain call for the Chinese sailing team in Tokyo with a gold medal.

As the veteran of the four dynasties of the Olympics, Dong Dong is already the London Olympic gold medalist.

In the Rio Olympics, Gao Lei and Gao Lei won the silver and bronze medals respectively.

In this trip to Tokyo, the two strong combination is expected to win the gold and silver medals for the Chinese team once again on the men's trampoline.

"Feiyu" competes for the first appearance of the golden flying man

Among them, in the men's and women's mixed 4x100m medley relay, the Chinese team will strive for the gold medal.

At present, the Chinese team is still the world record holder.

In the women's 800-meter freestyle, the 19-year-old Wang Jian Jiahe, the gold medalist of the World Championships in the short pool, made a thrilling advancement to the eighth place in the preliminaries. Can she bring surprises in the finals?

In the women's 200m backstroke, 21-year-old Liu Yaxin and 18-year-old Peng Xuwei joined hands to advance to the final. Can they bring a medal to the Chinese team?

On the second day of the track and field, the eye-catching trapeze battle will fire the first shot.

What kind of pattern will be formed in the 100-meter war in the "post Bolt era"?

The answer will be revealed gradually.

There will be three gold medals in the women's 100 meters, men's discus and 4x400 meters mixed relay.

Can Guoyu Alone Miao have the last laugh?

The badminton arena will produce the men's double gold medal.

In this Olympic Games, only the men's doubles of Guoyu's five individual events failed to reach the full quota, and only Li Junhui/Liu Yuchen was the "single seedling".

Fortunately, "Single Miao" has hard power and big heart, and will be able to reach the finals all the way through.

On the 31st, they will stage a peak duel with Chinese Taipei players Li Yang/Wang Qilin, and strive to achieve three consecutive Olympic championships for the Chinese team in this event.

In the badminton venue that day, there will also be women's doubles, women's singles semi-finals and men's singles quarter-finals.

The women's 50m rifle in three positions is also one of the advantages of the Chinese shooting team. Du Li won the gold medal at the Beijing Olympics.

In the Rio Olympics, Zhang Binbin and Du Li won the silver and bronze medals respectively.

This time, the 32-year-old veteran Chen Dongqi of the Chinese shooting team and the 23-year-old Shi Mengyao will jointly attack the gold medal.

In a number of individual UFO competitions for men and women, both Yu Haicheng and Wang Xiaojing regretted that they missed the medal.

Now that the two play together in mixed team competitions, it is worth looking forward to whether they can produce a "chemical reaction" and win medals.

On the same day, there will also be a men's individual gold medal in archery. Chinese player Li Jialun has entered the 1/8 finals.

Men's football starts the quarter-finals, Spain and Côte d'Ivoire, Japan and New Zealand, Brazil and Egypt, South Korea and Mexico will fight each other.