Erik Holmer is historical. He is the first Swede ever to reach the Olympic final in canoe slalom. The 26-year-old moved on to 98.45. 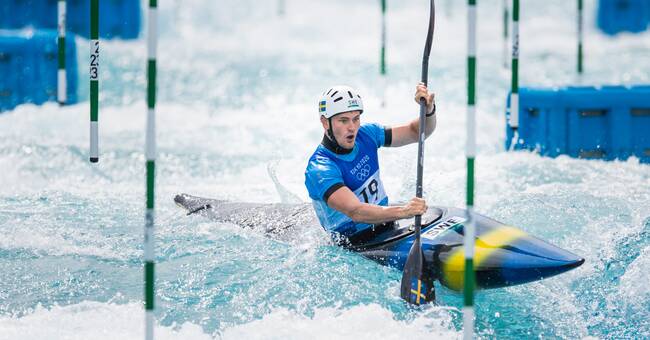 He finished fifth in the competition and did well when he finished 98.45.

That was enough for a tenth place - a placement that was the last ticket to the final.

- It was not a perfect ride but a good ride.

We'll see, it's probably right on the bubble in or out of the final, he said immediately after getting out of the water, according to TT.

The Olympic debutant impressed on the 250-meter track with 25 gates.

The Olympic start was tough for the Swede, who first ended up in 18th place in the first trial heat.

He reached the semifinals after a 12th place in the second heat.

His best merit since before is a ninth place in the World Cup.

The 2016 Olympics were the last time a Swede, Isak Öhrström, competed in canoe slalom.

The race was won by the Czech Republic, led by Jiri Prskavec, in a time of 94.29.