Kamminga goes for second medal in the 200 meter backstroke 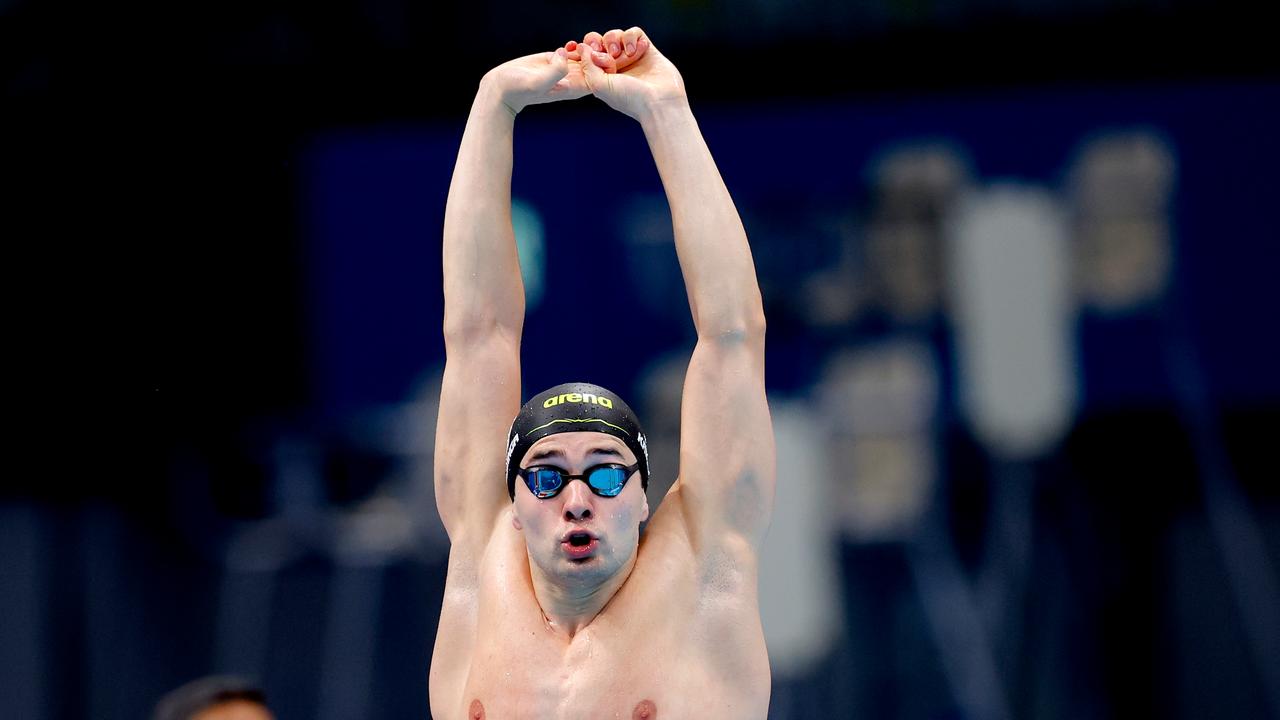 Good night and welcome to this live blog.

My name is Mitch Marinus and I will keep you updated on the seventh day of the Tokyo Olympics.

60 'In the very last second, Dione Housheer receives a direct red card and Albertina Kassoma is allowed to score the last goal from seven meters: 37-28.

60 'Kelly Dulfer ensures that the lead over Angola is ten again just before time: 37-27.

In the second half, the Netherlands emphatically distances itself from Angola.

After 55 minutes it is 32-24 in favor of Emmanuel Mayonnade's team.

The Dutch boat is caught up in the absolute final!

The Italians win gold and the duo Paulis and Keijser will soon have to collect the bronze medal.

The Dutch boat is still in the lead!

Great Britain (second) follows by more than a second.

Paulis and Keijser are steaming up!

They have taken over the lead and are slightly ahead of the French and Italian boat.

The Netherlands is just next to the podium after 500 meters and rows in fourth place.

The six boats start moving, the Netherlands starts in lane 1.

Can Ilse Paulis and Marieke Keijser deliver the fifth rowing medal to the Netherlands?

Van Gendt is first and gets one point and Niek Kimmann is second and gets two points.

Both will play three more times later tonight and the four with the fewest points will advance to the semi-finals at the end of the competition day.

It went pretty hard in the first half at times, but it seems that the Netherlands is getting better at avoiding the duels.

36 'Thanks to Inger Smits' second goal, the Netherlands has some space again: 22-17.

33 'Rinka Duijndam, the new goalkeeper with the Dutch team, also has to fish for the first time.

Fortunately, the Netherlands itself continues to score quite easily: 19-16.

Can the Netherlands increase the score in the second half?

Where will we see the Dutch in action in the coming hours?

Later this night, the female BMX riders will also be in action during the quarterfinals.

Laura Smulders won bronze in 2012 and this time hopes for a medal in a different color.

Despite a tear in his kneecap, Niek Kimmann will soon start 'normally' in the quarterfinals of the BMX tournament.

He comes into action together with Twan van Gendt in the second series.

Thanks to a hit by Laura van der Heijden in the final seconds, the Netherlands will rest with a margin of two compared to Angola: 17-15.

Offensively, Emmanuel Mayonnade's team looks fine, but a lot of space is given away defensively.

25 'Mayonnade will still not be satisfied with the defense of his team.

Keepster Tess Wester is passed again and Angola comes back to 14-12.

23 'Emmanuel Mayonnade requests a time-out and that is understandable: Angola slowly creeps closer and comes to 13-11.

Just over ten minutes until the halftime signal.

9 'Three goals in a row from the Angolan handball players and therefore they are level again: 5-5.

3 'The Netherlands takes away from Angola within three minutes: 4-1.

It is an early morning for the Dutch handball players, because it is still morning in Tokyo.

Nevertheless, the starting signal sounded sharply at 9:00 am.

We start with an indoor sport, namely handball.

Emmanuel Mayonnade's team is unbeaten after two games and wants to maintain that status after the game with Angola.

After the great day yesterday, we are getting ready for the sixth sports day at the Olympics.

Today there are also plenty of medal opportunities, including rowing (Ilse Paulis and Marieke in light double sculls) and swimming (Arno Kamminga in 200 meters school).