Document: There is only one thing in sight - gold

He is world number one and in great shape. When discus thrower Daniel Ståhl enters the Olympics, it is to chase his first Olympic medal. And of course it's gold that counts.&nbsp;&nbsp; 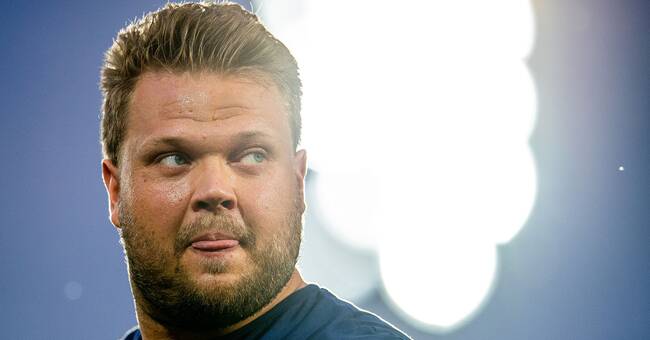 Daniel Ståhl, 28, was born with athletics in his genes.

Mother Taina has won the Swedish Championships in discus, and father Jan competed in sledgehammer.

Just like the parents, Ståhl competes for Spårvägens FK.

He has several Swedish Championship medals in shot put, but it is not possible to measure his results in discus.

Two years before, he missed the World Cup gold by two centimeters, but this time he got revenge.

First to take me to the final and then thunder on there.

It is clear that 67.5, it is nothing, but it is championship and then it applies.

I can not find words, it is wonderful, said Ståhl after winning the long-awaited gold.

It is something that is missing

Before Ståhl chose to invest wholeheartedly in athletics, it was hockey that mattered.

He started his hockey career in the club Järfälla HC, where he also returned and ended his career after being in other clubs.

He played until he was 17, when he made a choice and chose athletics.

Since then, Ståhl's career has gone straight up.

Daniel Ståhl is one of Sweden's best discus throwers of all time and holds the Swedish record of 71.86 meters.

But something is missing, there is no Olympic medal in the medal cabinet.

At the Olympics in Rio de Janeiro, Ståhl did not advance to the final but went out in the qualifying round.

But now that it's time for the Olympics in Tokyo, the odds are on his side.

One month before the Olympics, at a competition in Bottnaryd, world setter Ståhl threw 70.55 - which is the world year's best.

He then took his fourth straight victory of the season.

One of Sweden's big medal jumps shows great form ahead of the Olympics.

- I will compete now to get the competition form.

In addition to aiming for a medal, Ståhl is chasing the current world record of 74.08 meters, which has stood since 1986. To break the 35-year-old world record, patience and discipline are required, according to Ståhl.

- I think I can do it, it's just a matter of having the right conditions.

Just scoop and give the iron, and do not give up.

There are many who do it nowadays.

It's just a matter of following the discipline and scooping on, he says before the Olympics.

Ståhl's coach Vesteinn Hafsteinsson believes that the world record will come in the future.

The coach says that Ståhl's body is perfect for throwing discus far and is convinced that the big throw will happen.

- Daniel was born quite big.

He has long arms, is over two meters tall, weighs a lot and is strong as an ox.

At the same time, he is very soft in the body, almost like a big ballerina in the ring, says Vesteinn Hafsteinsson.

Daniel Ståhl is the big favorite in this Olympics.

He has topped the form and is stronger than ever.

Everything points to Daniel Ståhl being an Olympic success.

But with the gold print also comes the press, from outside and maybe even from himself.

Will he keep his nerves in check?

Will he be able to stay focused?

One thing we know for sure.

He has his sights set, and it's gold that counts.