Comprehensive news from the Tokyo Olympics: Three more golds! The Chinese Legion returns to the top of the list

(Tokyo Olympics) General news: Three more golds! The Chinese Legion returns to the top of the list   China News Service, Tokyo, July 29 (Reporter Wang Zumin) On the sixth day of the Tokyo Olympics, on the occasion of the truce of diving and weightlifting, the two major truces, the Chinese Army won three gold medals again with the outstanding performance of swimming and table tennis athletes. And 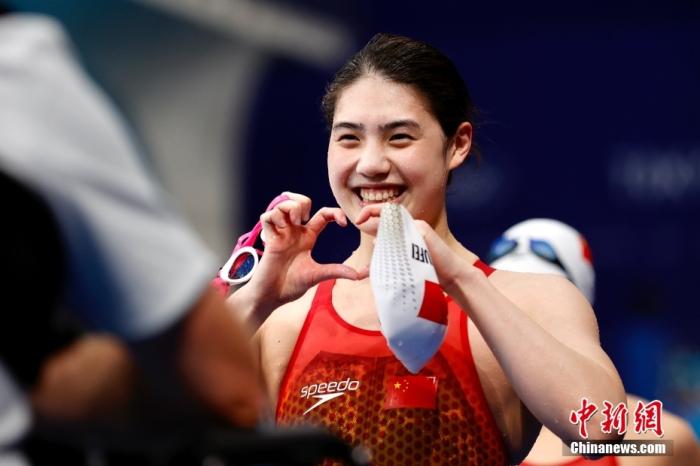 The Chinese Legion returns to the top of the list

China News Service, Tokyo, July 29 (Reporter Wang Zumin) On the sixth day of the Tokyo Olympics, on the occasion of the truce of diving and weightlifting, the two major truces, the Chinese Army won three gold medals again with the outstanding performance of swimming and table tennis athletes. And locked two champions and runners-up in advance.

The defending champion Chinese women's volleyball team suffered a three-game losing streak in the battle with the Russian Olympic Committee team, which became the biggest regret of the Chinese Army on this harvest day.

Six days after the Tokyo Olympics, the Chinese team, which won 15 gold medals, returned to the top of the list.

The Japanese team, which also won 15 gold medals, ranked second due to the disadvantage of the number of medals, and the US team ranked third with 14 gold medals.

For Chinese audiences, the swimming event on the 29th guessed the beginning, but did not expect the end.

In the women's 200m butterfly finals, the Chinese audience was waiting for the gold medal as scheduled.

Zhang Yufei won the championship with a time of 2:03.86 and broke the Olympic record, winning the first gold medal in the Olympic Games for the Chinese swimming team.

Just three days ago, Zhang Yufei won the silver medal in the women's 100m butterfly with a difference of 0.05 seconds.

The 23-year-old Jiangsu girl deserves to be the new Chinese "Queen of Butterfly" after Liu Zige and Jiao Liuyang, the gold medal winners of the Beijing Olympics and London Olympics.

The "Queen of Butterfly" played in the freestyle, and his strength was still not discounted.

The Chinese team unexpectedly broke the world record with a time of 7 minutes 40.33 seconds and won the first relay gold medal in its Olympic history.

Before the Tokyo Olympics, the Chinese Swimming Relay had won 7 Olympic medals.

Among them, in the 2004 Athens Olympics and 2008 Beijing Olympics, he won the silver medal in the women's 4×200m freestyle relay.

Today, four girls with an average age of less than 20 have completed the triple jump of winning gold medals, breaking records and setting history in one go. Zhang Yufei has even won double gold and became one of the fastest Olympic champions to win two gold medals.

In this women's singles matchup, which represents the highest level in the world today, Chen Meng defeated Sun Yingsha 4:2 and won the women's singles championship in the Tokyo Olympics.

The picture shows Chen Meng and Sun Yingsha showing the Chinese flag together after the game.

In the other semi-finals, "Little Witch" Sun Yingsha faced the Japanese star Mima Ito, who had just "robbed" the mixed doubles gold medal from the Chinese team.

After the game, the Chinese women's team coach Li Xun said: "I practiced for five years, just for this ball." But he said that he expected Sun Yingsha to win, but he did not expect it to be 4:0.

In the evening women's singles final in the Chinese civil war, Chen Meng defeated Sun Yingsha 4:2 to win the first gold medal for the Chinese table tennis team in this Olympics.

In the men's singles table tennis semifinals, two Chinese players were in danger. In the end, Fan Zhendong and Ma Long defeated Chinese Taipei player Lin Yunru and German star Ocharov with the same score of 4:3, helping the national table tennis team to take the lead in advance. Men's singles champion and runner-up.

Compared with the men's singles semi-finals, the two pairs of Chinese players won much easier in the badminton mixed doubles semi-finals that day.

Two pairs of Chinese players joined in the finals and won another championship and runner-up for the Chinese delegation ahead of time.

As the champion of the last Olympic Games, the Chinese women's volleyball team may not be able to qualify for the embarrassing situation.

The picture shows Zhu Ting in the game.

The Chinese women's volleyball team, which has suffered two consecutive defeats, ushered in the third round of the group stage on the 29th. As a result, they lost to the Russian Olympic Committee 2:3. After three consecutive losses, the prospects for qualifying in the group are worrying.

In the last two matches of the group stage, the Chinese women’s volleyball team will face the Italian and Argentina teams respectively. Not to mention the current state of the Chinese team, it is even more difficult to defeat the Italian team. The "face" of the Russian team.

After the game, the Chinese women's volleyball coach Lang Ping said that the situation is very serious, especially Zhu Ting's wrist injury, I don't know whether he can play again, and the next game may "send healthy players to play."

In the women's individual gymnastics all-around final that night, two Chinese players Tang Qianjing and Lu Yufei made mistakes one after another and missed the medal.

Although the overlord and American star Byers announced his withdrawal, his teammate Sunisa Lee still kept the gold medal in the American team. The Brazilian player and the Russian Olympic Committee player won the silver and bronze medals.