"Simone could have broken without any Ritalin": Durmanov on Biles' problems, "withdrawal syndrome" and American gymnasts

The four-time Olympic champion in artistic gymnastics Simone Biles spent most of her life in the regime of the most severe moral and physical exploitation. This opinion was expressed in an interview with RT by the ex-head of the anti-doping service of the State Sports Committee Nikolai Durmanov. According to him, the 24-year-old athlete could not stand it and break down, which led to her refusal to perform at the Tokyo Games. The specialist also explained what are the consequences of taking methylphenidate, or Ritalin, a drug for which the American woman has had therapeutic approval since childhood. 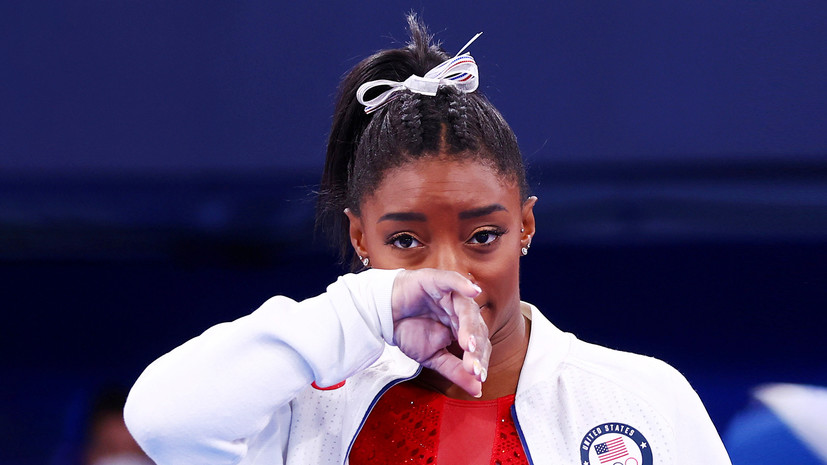 - After the four-time Olympic champion Simone Biles, referring to psychological problems, refused to participate first in the Olympic team tournament, and then in the personal all-around, I heard that the gymnast's problems may well be associated with long-term intake of methylphenidate - a drug for which Biles has therapeutic approval.

- Simona really has been taking this drug since childhood, she herself once mentioned it, and besides, the same information appeared in the base of the American laboratory and was intended for internal use until the base was opened by hackers.

The drug is serious, its more common name is Ritalin.

- In what cases is it appointed?

- There is such an interesting disease as ADHD - attention deficit disorder

In many countries, including ours, it is not recognized, although discussions on this topic have been going on for 50 years, if not more.

But that's not the point.

It is important that Ritalin has a huge market.

It is actively used by office people, students, if you need to spur yourself up when your strength runs out.

In sports, Ritalin is strictly prohibited because it is the closest relative of methamphetamines.

The list of side effects takes several pages, and there, in particular, such a thing as "withdrawal syndrome" is indicated, which occurs if a person for some reason stops taking pills.

It is expressed in the fact that a person's concentration drops sharply, the desire to do something, for example, to compete, disappears, and other unpleasant side effects arise, up to depression and suicidal moments.

- How long is a person able to take Ritalin without serious consequences?

- People who promote this drug on the market claim that it can be taken for life.

But in fact it is a drug with all the known consequences.

It is even called cocaine for the poor.

Any long-term violence against the nervous system, especially at the molecular level, will sooner or later make itself felt.

But in sports, Ritalin is more than popular.

- Does it help you not to get nervous at crucial moments?

- Reduces the feeling of danger, completely removes from consciousness such a thing as self-doubt, and insecurity is a very valuable quality.

It is this that includes a sense of self-preservation, helps a person to control himself.

Those who take Ritalin have no sense of self-preservation at all.

But these are all so well-known and commonplace things ...

- You said about the "withdrawal syndrome."

Do you think Biles could have stopped taking her pills?

If I were shown some graphs or other figures, it would be possible to draw some conclusions.

And now I'm just telling you about the drug.

In addition, you need to understand what American gymnastics is.

There, as it recently became widely known, a doctor who used little girls for sexual purposes made a big splash, and I remember when this information was officially made public, I thought: it would be interesting to know where children come from in American gymnastics?

If this is true, then a lot becomes clear.

- Do you want to say that you can not stand on ceremony with such children?

- Well, here's an example of the same Biles: the girl is 24 years old, and most of them she is in the regime of the most severe moral and physical exploitation.

Simone could well have just broken without any Ritalin.