Tokyo Olympics: the summary of the day of the French of Wednesday July 28

On Wednesday, France won only one medal, but in the most beautiful metal, with the coronation of &amp; nbsp; Matthieu Androdias and Hugo Boucheron in rowing. &amp; Nbsp; Basketball players and handball players qualified for the quarter-finals, while the 3x3 basketball players failed in their quest for a medal. 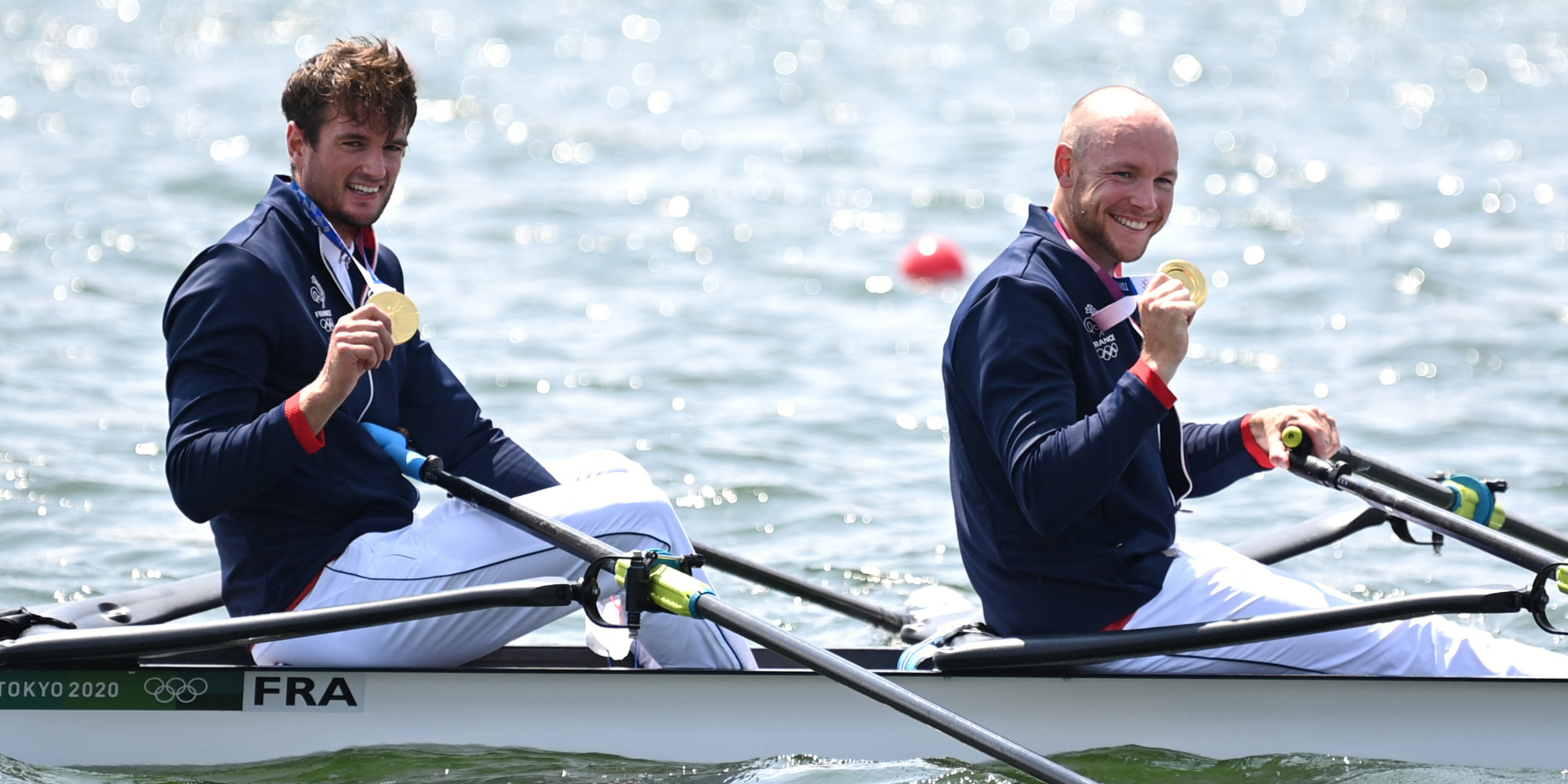 On Wednesday, France won only one medal, but of the most beautiful metal, with the coronation of Matthieu Androdias and Hugo Boucheron in rowing.

After the coronations of swordsman Romain Cannone and judoka Clarisse Agbégnénou, France won a third gold medal at the Tokyo Olympics on Wednesday thanks to rowers Matthieu Androdias and Hugo Boucheron, crowned in rowing.

This is the only charm of the day for the French delegation, with in particular the disappointment for the French women's 3x3 basketball team, which finished at the foot of the podium.

Europe 1 takes stock of the French performance of the day.

A beautiful gold medal in rowing

, already 2018 world champions and European champions (2018 and 2021), had opened the day perfectly for the Blues by being crowned Olympic rowing champions in the two-couple category.

The duo, established since 2015, beat the Netherlands and China, world champions.

The last French Olympic rowing champions were Jérémie Azou and Pierre Houin, titled in Rio in 2016 in the lightweight pair category.

Basketball 3x3: the Blue at the foot of the podium

In team sports, it is the disappointment for

, who had two matches to ensure a medal.

They first failed against the Americans in the semi-finals (18-16) before giving in for bronze against China (16-14).

The French were, however, among the contenders for the final victory, given their status of world No. 1 according to the classification of the International Basketball Federation (Fiba).

(five against five) and the

, they secured their place in the quarter-finals 15 minutes apart: the basketball players, thanks to a second victory in as many matches, since after the feat against the Americans at the opening,

And the handball players retaining their invincibility after 3 matches, via a success Wednesday against Germany (30-29).

Victory for the French basketball team against the Czech Republic

The footballers take the door

New disillusion, however, on the side of

Corrected by Japan (4-0) in their last group match, the Blues finally suffered two defeats (Mexico and Japan) for a victory against South Africa, and pitifully left the competition.

The volleyball players could well follow the same path from the first round beaten for the second time in the tournament, by Argentina (3-2), after a setback against the United States (3-0).

While they only have one victory, against Tunisia, they will need a feat against the Russians or the Brazilians.

End of the state of grace in judo

After a "grand slam", with four medals in four days of competition, the results of

are less good on Wednesday.

(-90 kg), in the second, failed on the tatami mats of the Nippon Budokan.

, France did not weigh in the time trial events.

In the women's category,

finished ninth in an event won by the great Dutch favorite, Annemiek Van Vleuten, while

finished well (more than 3 minutes) behind the winner of the day, the Slovenian Primoz Roglic.

Swimming: Maxime Grousset will compete in the 100m final

, no French competed in the day's finals.

But there was still good news with the morning qualification of

for the final of the queen race, the 100 m freestyle.

He passed with the eighth fastest time in the semi-finalists and will start without pressure on Thursday morning against the favorites, including the American Caeleb Dressel and the Russian Kliment Kolesnikov.

Eliminated in the series,

will not go to the semi-final of the 400m medley.

narrowly qualified for the semi-finals of the 100m freestyle.

The swimmers of the 4x200 m freestyle relay (

), bronze medalists over this distance at the London 2012 Olympics, also qualified for the final with the seventh fastest time in the series.