After retiring in teams and undergoing a medical evaluation, gymnastics superstar Simone Biles will not compete in the all-around on Thursday. She is still qualified to ... 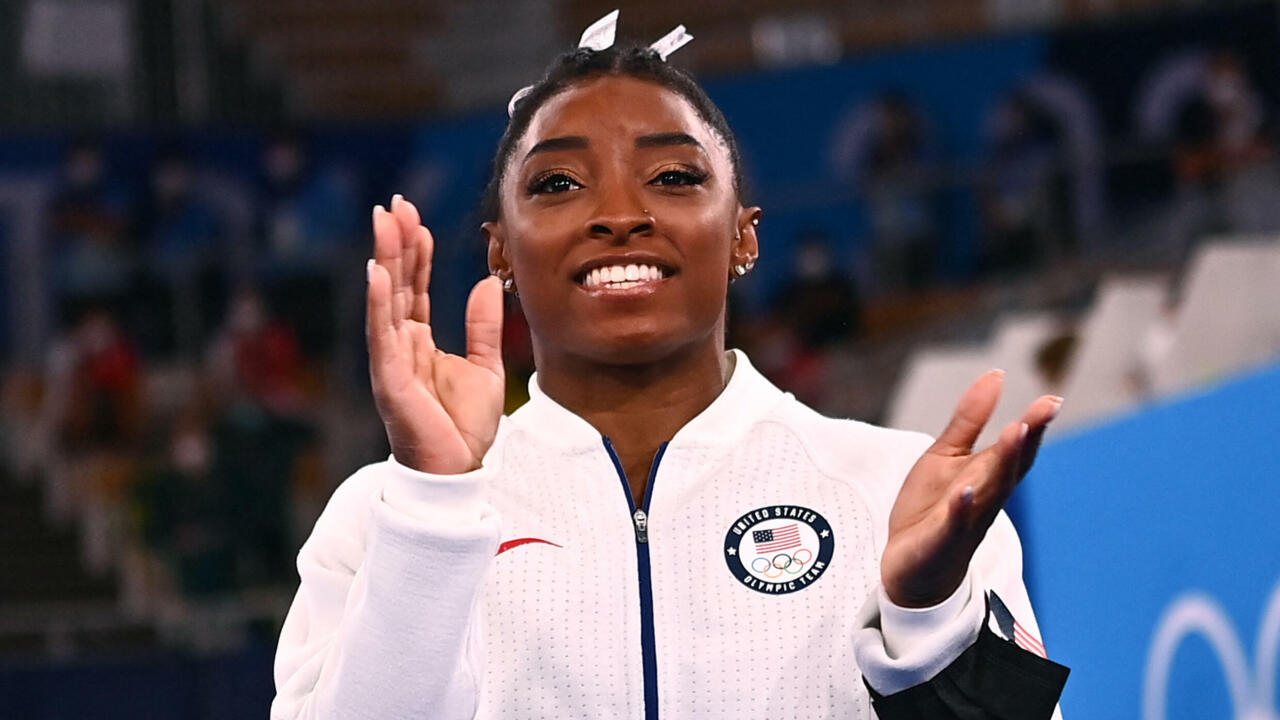 The announcement has the effect of a shock wave.

Star expected of the gymnastics events of the Olympic Games in Tokyo, Simone Biles withdrew, Wednesday, July 28, for the individual all-around which takes place on Thursday.

"After a medical evaluation, Simone Biles withdrew from the all-around final," the American Gymnastics Federation said on her Twitter account.

She is still qualified for four finals to be held the following week.

"Simone will continue to be assessed daily to determine if she will participate in individual competitions next week," said the federation.

We wholeheartedly support Simone's decision and applaud her bravery in prioritizing her well-being.

Her courage shows, yet again, why she is a role model for so many.

The champion had already abandoned her teammates from the United States team the day before during the all-around "for medical reasons".

She explained to the press that she had to "face her demons" and "not have as much confidence" as in the past.

"I have to do what is right for me and focus on my mental health and not jeopardize my health and well-being," she asserted, while adding that she felt a lot of psychological pressure as she went. 'she is contested in six finals in Tokyo.

>> To read: Simone Biles, a legend of the gym never satiated, despite a life of trials

Outstanding champion, 24-year-old Simone Biles has been marked by many trials.

Raised by an alcoholic and drugged mother, placed from an early age in foster care, she then came under tremendous pressure as an early champion.

In 2018, after years of silence, she also revealed to be one of the victims of former national team doctor Larry Nassar, convicted of sexual abuse of gymnasts.

By making her weaknesses public and deciding to withdraw from team competition, Simone Biles has attracted a lot of support around the world.

Former First Lady Michèle Obama, whom she is close to, sent her a message on Twitter.

"We are proud of you and we are with you," she wrote.

Am I good enough?

The mantra I practice daily.

@Simone_Biles, we are proud of you and we are rooting for you.

Congratulations on the the silver medal, Team @USA!

Her former teammate Aly Raisman, who finished second behind her in the individual all-around at the Rio Olympics in 2016, also sent her a Tweet. "Just a quick reminder: Olympic athletes are human and they do their best," wrote the ex-gymnast who also testified against Larry Nassar. "It's REALLY hard to be on top at the right time and go through your daily routine under such pressure. Really hard." Asked about the pressure on athletes, Aly Raisman told NBC that it was "just horrible", regretting that "some people sometimes forget that we are human".

Just a friendly reminder: Olympic athletes are human & they're doing the best they can.

It's REALLY hard to peak at the right moment & do the routine of your life under such pressure.

“Simone, you made us so proud. Proud of who you are as a person, teammate and athlete,” also tweeted Sarah Hirshland, Executive Director of the United States Olympic Committee (USOPC).

"We applaud your decision to put your mental well-being first and offer you the full support and resources of Team USA," she continued.

Kerri Strug, retired gymnast and gold medalist at the 1996 Atlanta Olympics with the US team, said "send her love" to Simone Biles, accompanying her tweet with a goat emoji, "goat" in English , pun with "GOAT" ("greatest of all time"), the best athlete of all time in his discipline.

American figure skater Adam Rippon said he "couldn't imagine the pressure Simone felt", recalling that it was "easy to forget that she is still human".

Beyond the world of sport, Simon Biles has also received encouragement.

She deserves "gratitude and support," tweeted Jen Psaki, spokesperson for the White House.

"Always the 'GOAT' (the best, editor's note) and we are all lucky to be able to see her in action," she added, congratulating the entire gymnastics team.

Simone Biles has joined a growing number of top athletes, such as Japanese tennis star Naomi Osaka and American swimming legend Michael Phelps, who have talked about how to deal with stress and the sometimes overwhelming consequences of their success.