Officially deprived of the Olympic Games due to an institutionalized doping case, Russia is campaigning around its athletes present in Tokyo under a neutral banner, and takes the opportunity to pose as a v… 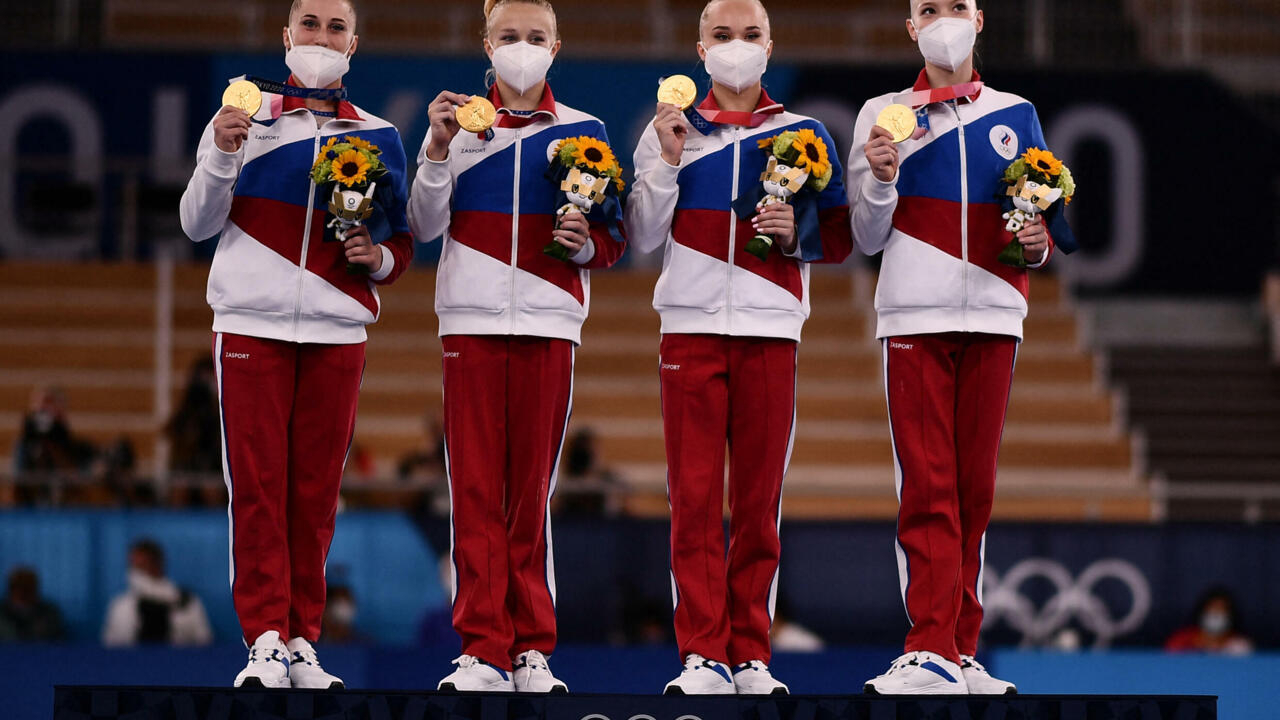 It has the color of Russia, the taste of Russia… but it's not officially Russia.

At the Tokyo Olympics, the Russian delegation, made up of 335 athletes, is not authorized to compete under its official colors but under those of the "ROC" (for Russian Olympic committee).

This does not prevent the athletes from triumphing, like Tuesday, July 27, during the all-around gymnastics team competition for women.

Nor the Russian power to communicate around its athletes, using the hashtag #WewillROCyou, in reference to Queen's song.

Since 2015, Russia has been stuck in a colossal sports cheating affair with multiple twists and turns.

Since then, the nation has been suspended for a period of four years from major international competitions by the World Anti-Doping Agency (WADA), sanction reduced at the end of 2020 to two years by the Court of Arbitration for Sport (CAS) despite voices demanding exclusion. outright from the Russians.

Until December 2022, the anthem, the flag and even the name of Russia will be banned.

An embarrassing situation that the authorities seek to circumvent.

For Tokyo, the Olympic committee and the Russians negotiated a compromise.

The athletes were granted the right to display the ROC symbol, an Olympic flame with white, blue and red stripes, the colors of the national flag.

The national anthem has been replaced by a work by the Russian composer Tchaikovsky and the official uniform will be in the colors of Russia.

In contrast, the synchronized swimming team was refused to sport a bear on its swimsuit.

A symbol much too associated with Russia, according to the IOC.

If the Russian sportsmen are well of the part, the decision of suspension is denounced like "unfair for our sportsmen" and "excessive" for Stanislav Pozdniakov, the boss of the ROC.

"The current generation of Russian sportsmen (...) has nothing to do with accusations dating back to 2015."

The arrival of this former fencer, quadruple Olympic champion, at the head of the ROC showed a desire to break with the past.

Just like the massive investments declared in the anti-doping agency Rusada.

In Russia, humiliation does not pass

The position, according to which clean athletes pay for the excesses of their elders, has been that of Russia since the first revelations of WADA.

Russian officials, headed by Vladimir Putin, denounce a Western plot, aimed at humiliating and eliminating a sports and geopolitical competitor.

"All these humiliations of WADA, these constant bans and these restrictions will only give us energy", launched, on July 18, Tina Kandelaki, producer of Match TV, the main sports television channel of the country and close to the power.

She called on her followers and athletes to post the hashtag #WewillROCyou on social media.

The campaign was quickly taken over by the Russian authorities.

State television channels, artists and influencers close to power and the Minister of Foreign Affairs, Sergey Lavrov, have promoted it.

She also invited herself in the streets of the capital, like this huge fresco representing a Russian judoka who returns from a majestic "Uchi-Mata" an opponent wearing a kimono marked with the acronym of the World Agency anti-doping (AMA).

For Lukas Aubin, geopolitical researcher and author of "La sportokratura sous Vladimir Poutine", this campaign has four objectives for Russian power: "Encourage Russian athletes, crystallize patriotic sentiment around the Russian Olympic team, raise their heads in a humiliating context, politicizing the event while depoliticizing it ", in a very Russian paradox.

Indeed, Vladimir Poutine keeps repeating that sports competitions are not the place for the expression of political messages, while Russia itself uses them as a tool of soft power.

- raise their heads in a humiliating context

- politicize the event while depoliticizing it (paradoxical but quite common in Putin's Russia) peak. twitter.com/WJNEU9KLXn

A paradox perfectly illustrated by the elements of language distributed to Russian athletes before the competition to manage interviews with the press. When asked about the "Black Lives Matter" movement, Russians are asked to answer that supporting the movement is a personal choice, but that "the Olympics should in no way become a platform for all kinds of events or political gestures ". All this while the Russian Olympic Committee has been forcing the delegation under a neutral banner to retain its symbols ... politicizing the subject.

On the other hand, concerning the delicate question of doping, athletes are called upon to retort that they have no statement to make on the subject.

A "no comment" much more diplomatic than the provocative video of Maria Zakharova.

Posted on July 25, we see the spokesperson for the Russian Foreign Ministry boxing a model with the logo "press" ...