American basketball players Diana Taurasi and Sue Bird have nothing more to prove. Quadruple Olympic champions, they will try to win a fifth title in Tokyo. This feat never ... 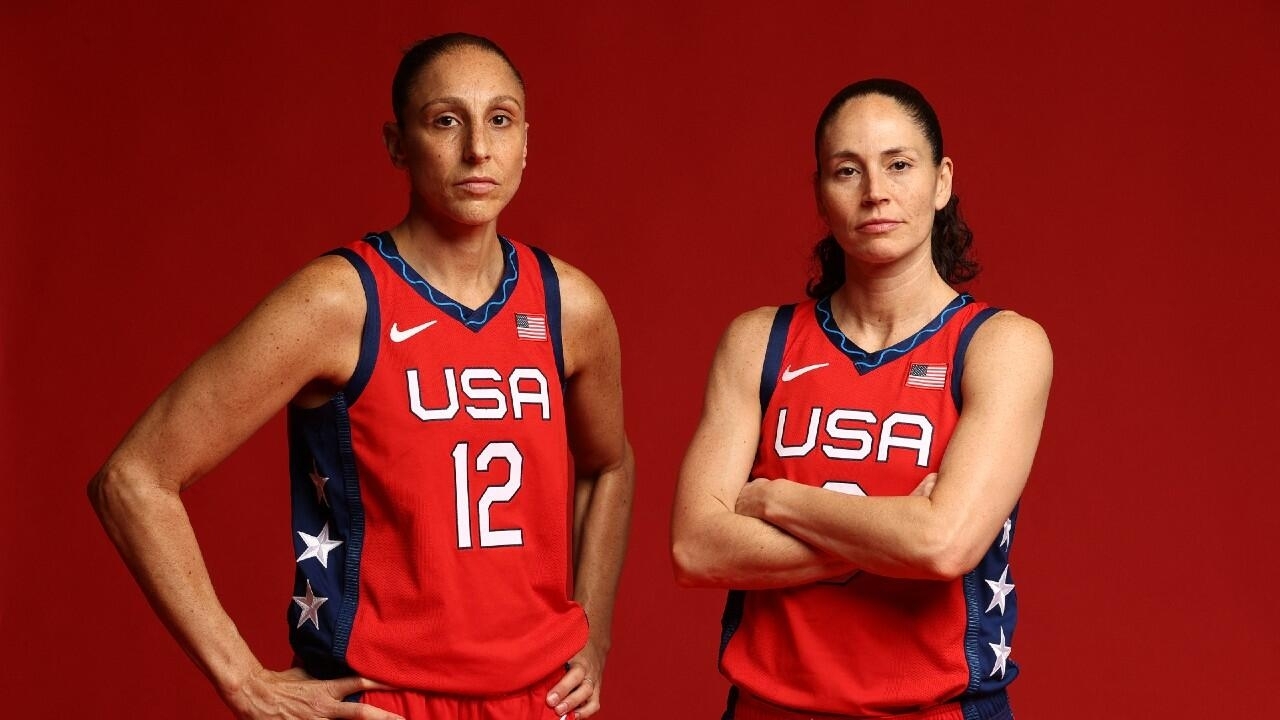 Diana Taurasi and Sue Bird hold the secret to longevity.

At the age of 39 and 40 respectively, the stars of the American women's basketball team never cease to panic their opponents on the floors.

As they enter the competition, Tuesday, July 27, in Tokyo, they will try to enter the legend of Olympism, by winning a fifth title, an unprecedented feat for team sports.

In history, only a dozen or so have won at least one Olympic title in five different editions.

The two basketball players were already present in Athens in 2004. And it was not the postponement of the Games for one year because of the Covid-19 pandemic that made the two tireless basketball players hesitate for a single second to travel to Japan. .

With Team USA, they are undefeated in international competition since September 21, 2006 and a defeat in the semifinals of the World Cup against Russia.

As a sign of their popularity, Sue Bird was chosen to be the flag bearer of the United States at the opening ceremony alongside Eddy Avares, a baseball player. "It is an incredible honor for me to be designated as the flag bearer of Team USA at the Olympic Games", rejoiced the quadruple WNBA champion after this announcement as reported by the Basket USA site. "I know what this means because I was able to admire Dawn Staley being in 2004. It is a huge honor. Especially since you are chosen by the other athletes of Team USA to represent an entire delegation and that will stay forever ". Before her, only an American basketball player had had this honor: Dawn Staley, in 2004 in Athens. The latter is also the current coach of the American team.

Seventeen years later, Sue Bird was chosen for her performances but also for her aura off the pitch.

The 1m75 point guard, a Seattle Storm player, has become an icon.

She regularly takes a stand for more equality between men and women.

She also spoke in favor of the Black Lives Matter movement.

In July 2017, Sue Bird also came out and revealed her relationship with football star Megan Rapinoe, whom she met on the sidelines of Olympic competitions in Rio.

In 2018, they became the first gay couple to pose nude for and cover ESPN The Magazine's "Body Issue".

The LGBTQ + cause is now one of their main struggles.

The best player ever

Her teammate and best friend Diana Taurasi has also revealed her homosexuality.

She has since married her former teammate, Australian Penny Taylor.

Best scorer in WNBA history, she is considered the best player of all time.

She was even nicknamed "White Mamba" by the late Kobe Bryant.

The rear is known to have a reputation as a bloody player, even if it means provoking her opponents.

A character that she claims.

"I have a lot of outspokenness. I like the confrontation," she summed up to ESPN.

"I understand why people don't like me. And I don't mind."

Despite a track record as long as the arm (including three WNBA titles), she is not yet satisfied.

“The minute the 2016 Games ended, my next goal was to compete in a fifth Olympiad,” she said.

Even though she knows that the end of her career is approaching, she intends to enjoy it to the end without regret.

"I think that when the day arrives, I would be completely happy", assures the champion.

With today's start, @DianaTaurasi plays in her 33rd career Olympic basketball game, the most by any American all-time.

While waiting with her eternal friend Sue Bird, she wants to write a new page of her legend.

As usual at the Games, the Americans are several steps ahead of the rest of the competition, despite six Olympic "rookies", including four novices in international competitions.

Team USA starts Tuesday against the Nigerians, before moving on against the Japanese hosts and finishing against the French vice-champions of Europe.

Finalist of the 2018 World Cup, Australia seems to be the only candidate to shake the American Empire, despite the withdrawal of its pivot Liz Cambage.