Tunisian Ahmed Hafnaoui, 18, created a sensation on Sunday by surprisingly winning the 400m freestyle final at the Tokyo Olympics. He thus succeeds his compatriot Ou… 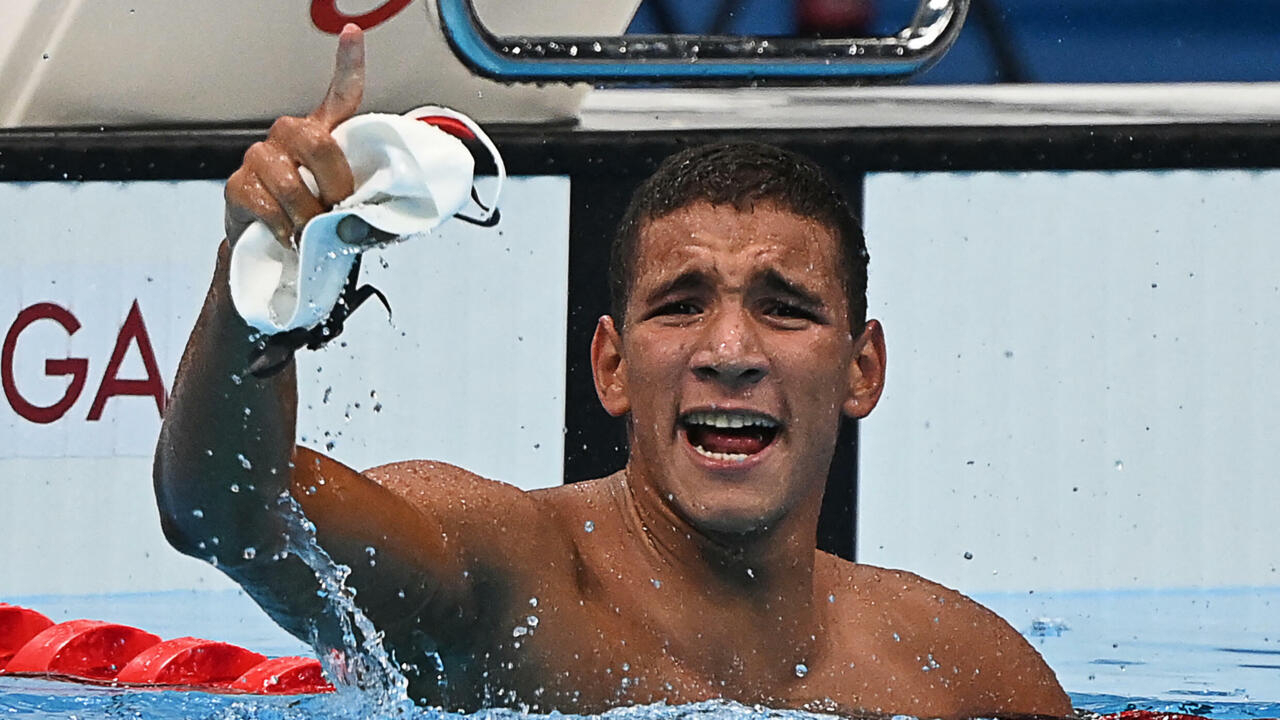 No one was waiting for him on the top step of the podium.

At 18 and for his first games, Tunisian Ahmed Hafnaoui achieved a feat on Sunday July 25 by winning the final of the 400m freestyle in Tokyo.

The young swimmer from Esperance Sportive de Tunis, a specialist in long distances, completed the race in 3 min 43 sec 36, third best time of the year, capping in the last length the Australian Jack McLoughlin (3: 43.52) , 26 years.

A huge moment for #TUN!

Arrived in the final with the eighth fastest time, Ahmed Hafnaoui became the second Tunisian to win an Olympic gold medal after the exploits of his compatriot Oussama Mellouli, crowned over 1,500 m at the Beijing Games in 2008.

In 2018, the Tunisian swimming prodigy was bronze medalist over the same distance at the African Youth Games.

The same year, Ahmed Ayoub Hafnaoui won at the African Championships a silver medal in the 4x200m freestyle relay and three bronze medals, in the 800m freestyle, in the 1,500m freestyle and in the relay. 4 x 100 m freestyle.

More recently, he had won two titles at the last French swimming championships in the 400m and 800m freestyle.

The video of the live reaction of the Hafnaoui family 🇹🇳 posted by his sister is something https://t.co/DZe36fwA5q (thank you @M_HabibZ) # Tokyo2020 #tun #Tunisia

Ahmed Hafnaoui offered his country his second medal in Tokyo after the silver won Saturday by Taekwondo champion Khalil Jendoubi.