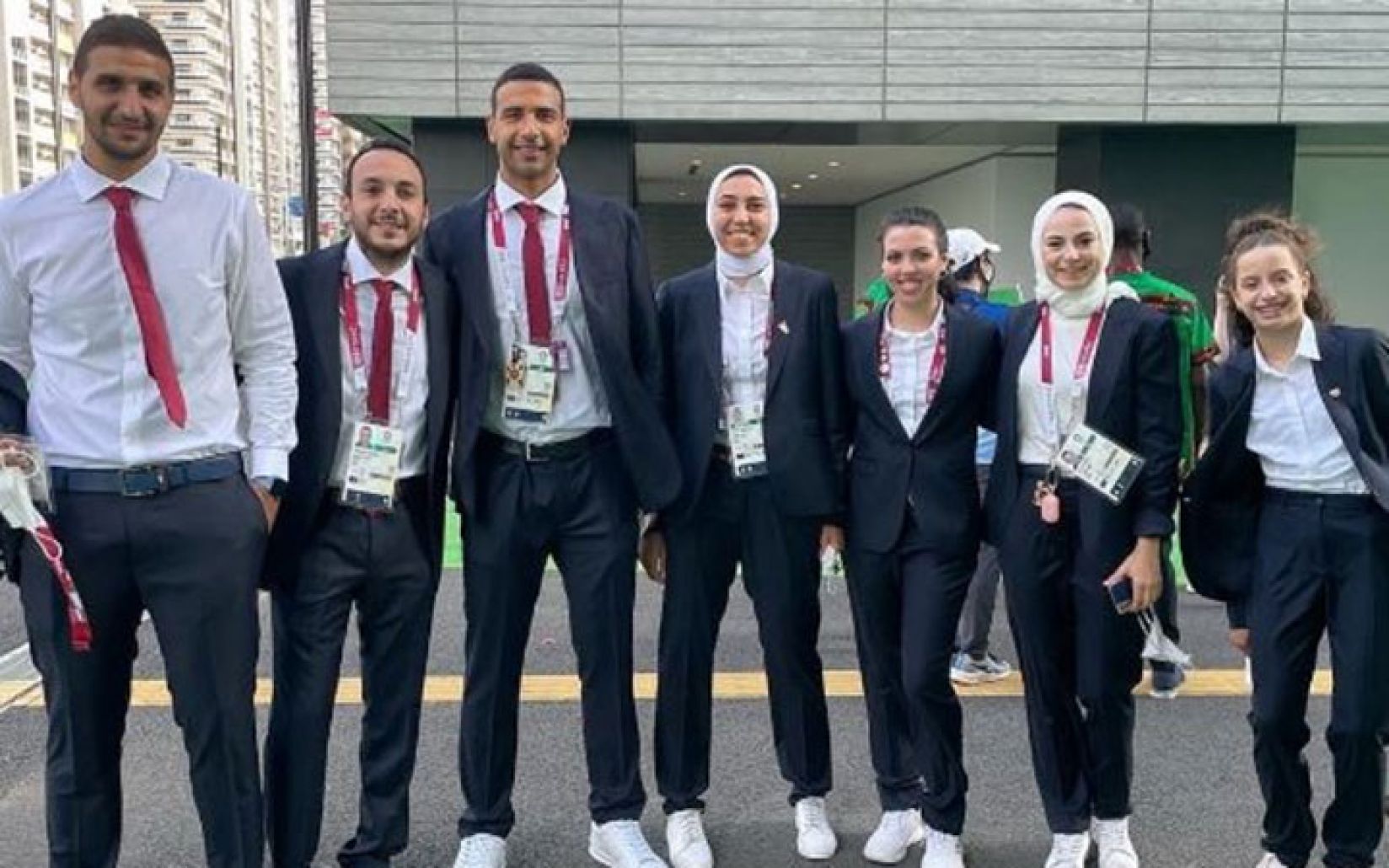 The official dress of the Egyptian delegation at the opening ceremony of the Olympic Games, currently held in the Japanese capital, Tokyo, sparked angry reactions on social media for not imitating the heritage aspect, at a time when the Egyptian newspaper "Al-Watan" reported that the costumes worn by the delegation were designed by the famous artist Tamer Hosni. .

The newspaper said that the official outfit is the first appearance of Tamer Hosni's Italian fashion line, who had stated before the mission's travel to Tokyo in a post on his account on "Facebook": "I trust you, heroes of Egypt, you will honor us, God willing... All honor and pride, and you are the first Whoever wears my first ever Italian fashion line, birocci, good luck to you."

The uniform of the players of the Egyptian delegation to the Olympics did not find acceptance by athletes and fans in the Egyptian street. The former Egyptian football player Ahmed Hossam “Mido” said in an angry tweet through his account on “Twitter”: “I do not know why the girls in the Egyptian Olympic mission wear men instead of men.” He explained: "Why does the Greeks wear the clothes? The girls wear the clothes of girls, is it, and I work for the veiled women with long sleeves, uncle, but what are the girls who wear men's clothes?"

Former international player Hani Ramzy supported him in his tweet: “Why?” Expressing his surprise at the shape of the uniform, which should have been feminine, befitting the players of the Egyptian mission.

And the Egyptian mission was not the only one that received criticism of the uniform, as the German mission received sharp criticism from athletes and fans in its country, and Maudu Lu, the Olympic basketball player, said on the “Instagram” application: “Who is responsible for this uniform!”, Which carries the green color and on top of it An extravagant jacket and fluorescent shoes.

And the BBC reported a set of reactions about the German uniform. Basketball player Nils Jevi said: “Who thought of this,” directing his question to the company, “Adidas”, the owner of the design, while the tweets of fans were monitored on Twitter, the most prominent of which were: "No one can take away the gold medal because of the ugliest uniform," another added, "You can count on the lack of good coordination of the German team's clothing at the Olympics."

She urges an angry fan: "After watching the concert live on the highway.I tried to describe how bad the German uniform was for my wife, who was driving. Words cannot describe it!!

In turn, Adidas defended itself, stating that this uniform was made with the German Olympic Committee, and received positive feedback when it was officially introduced two months ago.