Waiting for the first gold: Russians will compete for victory in fencing, judo and shooting on the second day of the Olympic Games in Tokyo

On the second competitive day of the Tokyo Olympics, the Russians will try to win their first gold medal. In fencing, Inna Deriglazova will try to defend her title. In judo, experienced Natalya Kuzyutina will try to improve the result of the OI-2016, where she won silver. And Vitalina Batsarashkina and Sergei Kamensky have chances of success in shooting. 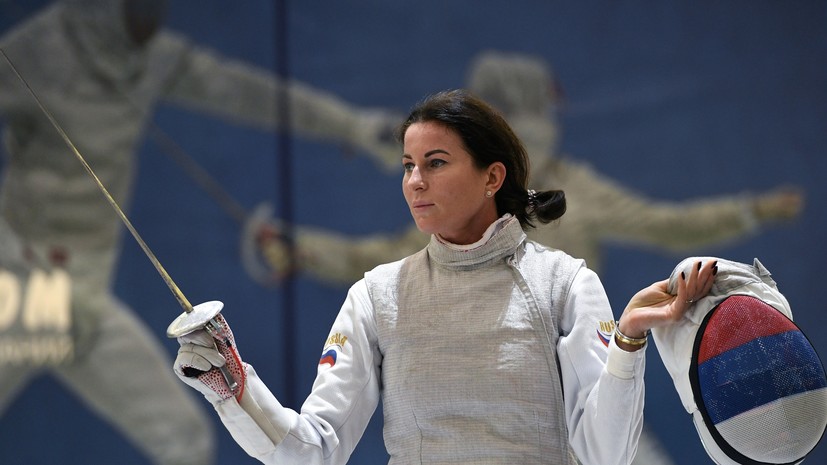 On the starting full-fledged competitive day of the Olympic Games, the Russians did not manage to win gold.

However, on Sunday they will have a great opportunity to correct this defect.

Domestic athletes have good chances of winning in several events at once.

First of all, we are talking about fencing, which in Rio de Janeiro brought the country seven medals at once. One of them was put into the piggy bank by Inna Deriglazova, who had no equal in the foil fencer competition. Five years later, an experienced native of the Kursk region will try to repeat her success in Tokyo. During this time, she managed to become the world and European champion in this form twice. The two-time winner of the world championship in command foil Adelina Zagidullina and the silver medalist of the Olympic Games in London in a similar discipline Larisa Korobeinikova can also climb to the top three.

Pavel Sukhov, Sergei Khodos and Sergei Bida will try to please the country.

The latter may well win, because at the World Cup he became the second, losing only to the young Hungarian Gergey Shikloshi, who will make his debut at the Olympics.

Bida in Japan will have the opportunity to take revenge from him.

Robert Mshvidobadze (up to 60 kg) and Irina Dolgova (up to 48 kg) performed unsuccessfully on Saturday and were eliminated in the first round.

Natalia Kuzyutina (up to 52 kg) and Yakub Shamilov (up to 66 kg) will try to correct their mistake.

The first came to the Land of the Rising Sun as the current silver medalist of the Games and, probably, at the last Olympic Games in her career, she will finally try to rise to the highest step of the podium.

She came to the first Olympics with a solid baggage: two golds in the continental championship and two silver in the world championship.

The domestic athlete came to Tokyo exclusively to win.

Fans can also count on medals in shooting.

In a pneumatic pistol (10 meters) for women, Vitalina Batsarashkina improved the result of the OI-2016, where she won silver.

A similar attempt will be made by Sergei Kamensky, who in Rio de Janeiro most offensively missed the victory in shooting from three positions (50 m).

Vladimir Maslennikov in Brazil also remained second, but in an air rifle.

And in archery, the women's team tournament starts on Sunday. At the previous Olympics, Russian women in this type of program managed to take second place. Then they did not have enough gold. In the final, they lost to the Koreans. However, from the composition of that team, only Ksenia Perova remained in the ranks. Tuyana Dashidorzhieva and Inna Stepanova ended their careers. This time the leader will be accompanied by Elena Osipova and Svetlana Gomboeva. The latter, at one of the training sessions on the eve of the Olympic Games, greatly scared everyone. In the extreme heat, the girl lost consciousness. Fortunately, serious health problems were avoided, and she will be able to take part in competitions.

In swimming on the second day of the Olympics, four sets of medals will be played at once. Unfortunately, domestic athletes did not manage to break into any of the decisive starts. But they will take part in numerous qualifying heats. Arina Surkova and Svetlana Chimrova will fight in the semifinals of 100 meters butterfly among women, and in 100 meters breaststroke - Kirill Prigoda and Anton Chupkov, for whom the crown distance is still 200 meters.

In turn, the most experienced Yulia Efimova will start at the fourth Olympics in her career and will swim 100 m breaststroke. In this form in Rio de Janeiro, she won silver. Anastasia Fesikova and Maria Kameneva will take part in the qualification of 100 meters on the back, Ivan Girev and the reigning European champion Martin Milyutin in 200 meters freestyle, Kliment Kolesnikov and Evgeny Rylov in 100 meters on the back. Finally, the Russian men's team will start in the semifinals of the 4 x 100 m relay.

In another water sport, rowing and canoeing, Pavel Eigel and Alsu Minazova will compete for medals.

It will not be easy for them to climb the podium, but both have certain chances of success.

Eigel in 2018 became the first Russian to win a medal at the World Rowing Championships.

He did it just in a canoe alone.

She also has two victories at the stages of the Planet Cup, the last of which dates back to last fall.

Also on Sunday, competitions in artistic gymnastics will continue.

The Russians will take to the platform in floor exercise.

In this discipline, attention is drawn to Angelina Melnikova, who in 2019 became the third at the World Cup, and at the pre-Olympic championship of the continent rose to the second line.

In particular, the first match in the tournament will be played by the current Olympic champions - the country's women's handball team.

They will start their title defense with Brazil.

Latin Americans in 2016 reached the quarterfinals of the home Games, and in 2013 they won the gold of the World Cup.

But that generation has already finished its path in sports, and in the last two planetary forums, the team did not even leave the group.

In turn, domestic volleyball players in their debut fight got a much stronger rival - Italy.

Squadra Azzurra reached the final at the last World Cup, and now it will try to take a medal at the Olympics.

The first game in the tournament will be played by beach volleyball players Kholomina and Makroguzova, who will also compete with Italians - Menegatti and Orsi Toth.

Finally, the next matches will be held within the framework of a tennis tournament. The confrontation between Andrei Rublev and Kei Nishikori promises to be very interesting. Karen Khachanov will face off against another owner of the court - Yoshihito Nishikora. In women, Elena Vesnina will try to stop the Ukrainian Elena Ostapenko, Veronika Kudermetova - the experienced Spaniard Garbinier Mugurusu, and Ekaterina Aleksandrova - the representative of Belgium Elise Mertens.