He raised his arms on the Fuji racetrack with the excitement of which history is known. Richard Caparaz, the gold of endeavor, that of opportunity, an Olympic success for Ecuador, who ... 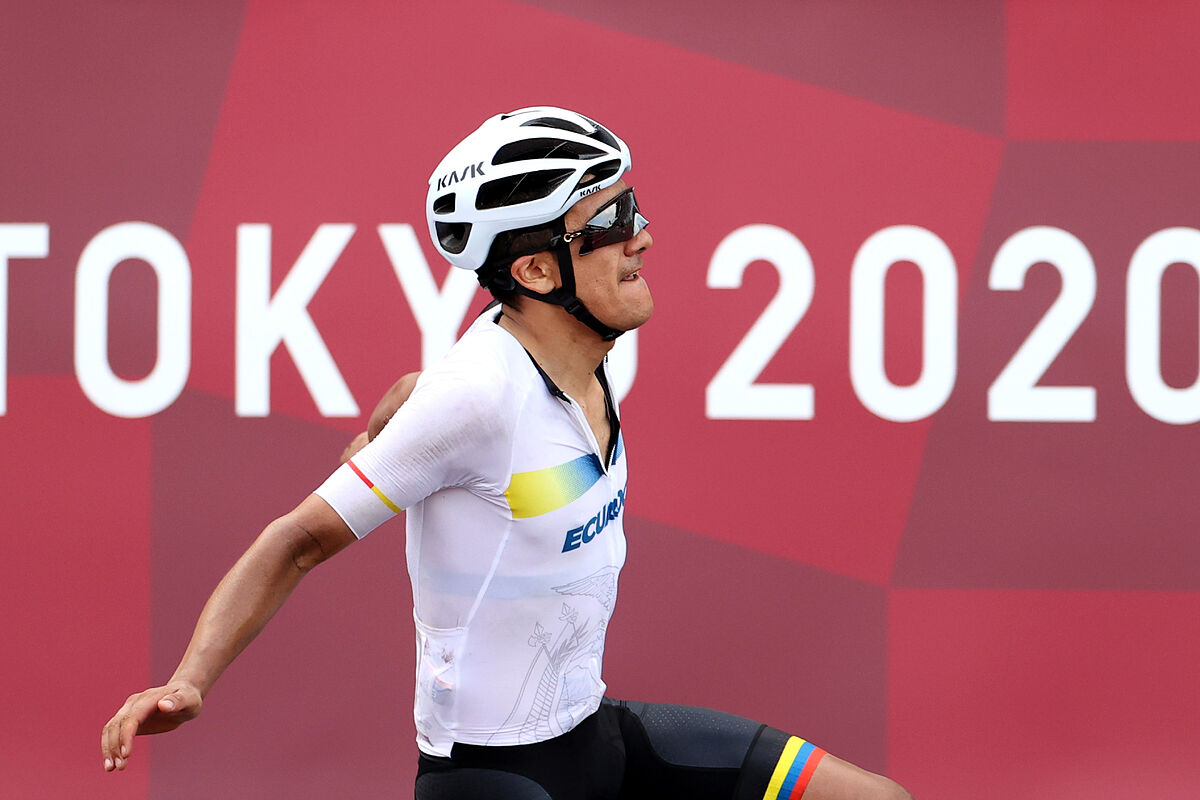 He raised his arms on the Fuji racetrack with the excitement of which history is known.

, the gold of endeavor, that of opportunity, an Olympic success for Ecuador, who only knew of these glories thanks to marcher

Among the most powerful, Carapaz was also the cleverest, the one who resisted at Mikuni Pass, the one who attacked when everyone suspected.

and finished off the American on a steep slope with four miles to go.

An exhibition to remember.

And a podium that never saw such luxurious cycling in an Olympic Games, because next to it, the silver of

Wout Van Aert and the bronze of Tadej Pogacar

The two guys who triumphed the most, for some things and for others, in the recent Tour played it together with the rest in a millimeter sprint.

Richard smiled, making his "mijitos" happy, a country in happiness.

He came from his sleepless nights at the

, third despite his attempts at courage against Pogacar and Vingegaard.

Lone wolf on the Japanese roads, as he barely had a partner, Jhonatan Narvaez.

The heat did the damage expected.

It was not a leak test and more leaks.

Only when the moment of truth arrived, Pogacar attacked to select the chosen ones, hardly a handful among whom there was never a Spaniard.

In fact, the best national was

in 23rd place after more than six minutes.

Italy was early the most willing to animate the show.

They showed ambition when

hit a arreon with three kilometers to go to crown Mount Fuji, long, stretched out and hot.

It was like a jolt in the still large squad, who watched all morning from afar and calmly the day's secondary getaway, in which there was such an illustrious surname Sagan (not Peter, his brother Jurak).

Before, Omar Fraile had already yielded.

It was a bad omen, as the day before had been the positive of the auxiliary Joseba Eleguezabal, who sowed uncertainty in the previous hours in the Spanish rooms of the Olympic Village.

But the real dance took place in the first ramps of the Mikuni Pass, a small Mortirolo of six kilometers at 10% on average.

Belgium quickened the pace to the point of losing even Evenepoel.

He attacked violently and only McNulty and Woods could hook his wheel.

They did not open too much gap because

what an exhibition, few silver so deserved - was no longer going to stop shooting, no matter if it was back or forward. They all suffered in Mikuni, on slopes that do not allow us to calculate too much. And, finally, before crowning, the select group that was going to play for the Olympic gold gathered at the top.

If Mikuni cooked the pick of the strongest, the rough terrain up to Kagasake Pass (2.2 kilometers at 4.7%) was going to go gold. There the smartest ones, because these races as classics are so often decided by cold blood. It is a question of the legs, but also of the head. It was McNulty and Carapaz who took advantage of the loophole, the boast at the right moment, when the others were looking at each other. The Ecuadorian and the American soon knew that they were, indeed, before a unique occasion. They crowned with half a minute.

But there was an unrepentant guy who decided that things couldn't stay that way.

Van Aert is an ode to cycling.

Without help or collaborators, he pulled and pulled until he approached the two escapees.

When Carapaz pressed for the gold, McNulty also lost the silver, exhausted from Arizona.

And in the sprint for the podium, photo finish, the Belgian grabbed a silver of pure honor.