Memphis thanks Griezmann after a hit on debut: 'Great gesture from him'

Memphis Depay is deeply grateful to Antoine Griezmann for giving the ball to take a penalty in FC Barcelona's 3-1 win against Girona. The Orange international used the penalty and graced his unofficial debut for the Catalan top club with a goal. 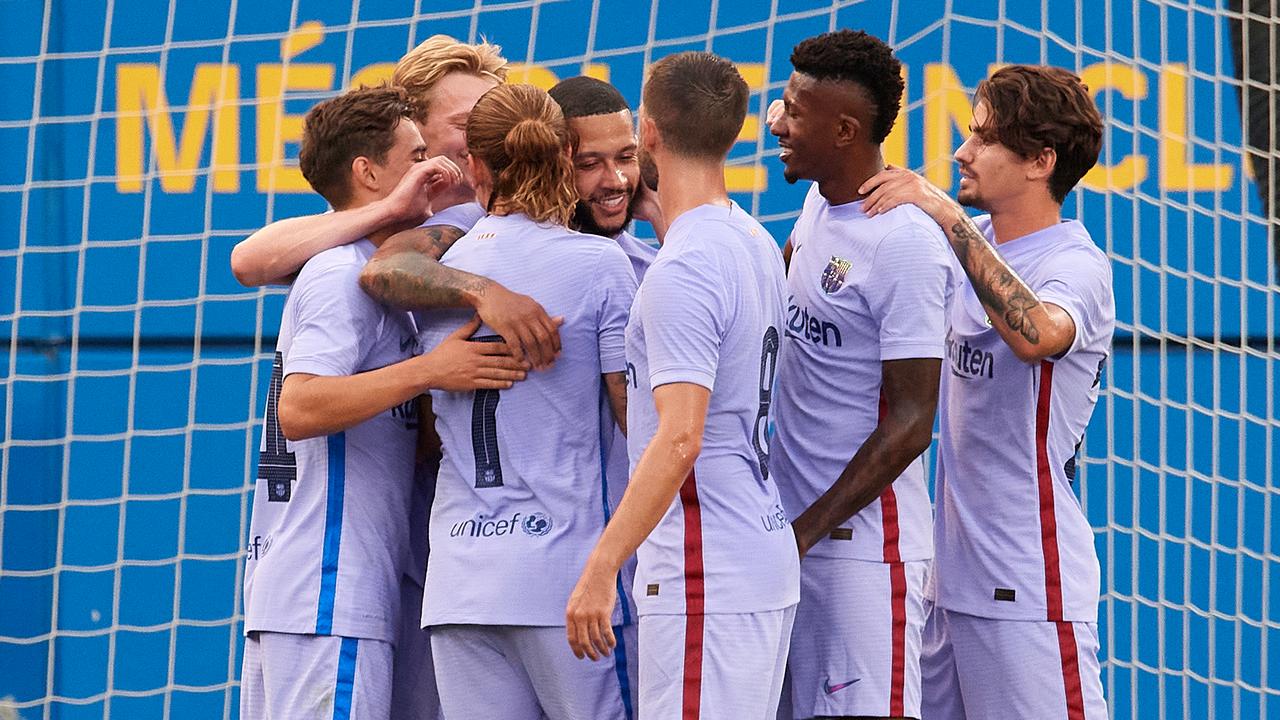 Memphis Depay is deeply grateful to Antoine Griezmann for giving the ball to take a penalty in FC Barcelona's 3-1 win against Girona.

The Orange international used the penalty and graced his unofficial debut for the Catalan top club with a goal.

"It's a really great gesture from Antoine," Memphis said after the game.

"He gave me the ball to take the penalty. He has a great mentality and is a really great player. That gives me confidence for the rest of the season."

Memphis came on for the injured Rey Manaj a few minutes before half-time and used a penalty in the final phase by convincingly shooting the ball into the top corner.

He thus determined the final score, after Gerard Pique (penalty kick) and Manaj had the Catalans at 2-0 before half-time and Samuel Sáiz (penalty kick) had returned something on behalf of Girona.

The 27-year-old Memphis, who came over on a free transfer from Olympique Lyon this summer, enjoyed his debut at 'Barça'.

"This is great. I am very happy to be able to play in this shirt and make my first minutes," said the attacker.

"I enjoyed it. The fans were enthusiastic and energetic and I enjoyed seeing them in the stadium."

Barcelona practiced against Girona at the Estadi Johan Cruyff, but can't wait to play at Camp Nou.

"It's great that we start here, but I'm sure it's going to be great at Camp Nou. I'm trying to transfer my energy to the team. I want to bring creativity, try to play often between the lines and want to score a lot of goals and provide assists."

Trainer Ronald Koeman was satisfied with Memphis' game on his debut.

"He played a little longer than planned, but he is a player with a lot of quality who can do that. He also showed that in parts of the game. That is important, because in the positions up front it is important to have competition."

Koeman missed a lot of internationals against Girona and, among others, Frenkie de Jong, who, like Memphis, was active at the European Championship with the Dutch national team, only came in in the second half.

Given the phase his team is currently in, the Dutch coach looked back on the exhibition game with a good feeling.

"The rhythm was already good and Girona is a strong opponent," said Koeman.

"The internationals will get more minutes little by little, especially as we get closer to the start of the competition."

Next Saturday, Barcelona will play its next exhibition game against VfB Stuttgart.

The competition starts for Koeman's team on August 15 with a home match against Real Sociedad.