Eleven in total the first day. Seven second day. Albin Elowson was responsible for the season's two best efforts when the World Series in enduro was run at his home ground in Skövde. - I am super happy all in all. This was a step in the right direction, says Elowson to SVT Sport. 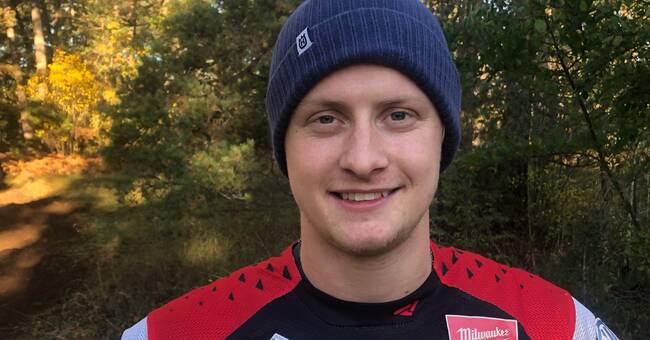 If you go down in Elowson's own WC class, E2, the results are even better for the Swedish WC driver.

Two fourth places, in perhaps the toughest class in the championship.

- I have had a slightly sluggish start to the season, and not really found myself driving.

I have not dared to trust myself and the speed, even though I know so much more, says Albin Elowson.

But at home in Skövde, he got it right, where he delivered the season's best result in the World Cup so far.

Much thanks to the public support out in the woods and on the various tests.

- It was really fun to drive at home, and get some good home support.

It gave me a go boost, and a real kick in the right direction.

After these competitions, it feels like I cracked the code again, and start to recognize myself in the ride, says Skövdesonen to SVT Sport.

Elowson and the other World Cup drivers will end the season with competitions in Germany and France later this autumn.

Elowson in all glory, but it was further down in the ages that the great Swedish successes came in Skövde.

Junior Max Ahlin was second in his class, J2, on Friday and third in the same class on Saturday.

Even better was the youth driver Albin Norrbin, who won both days in Skövde.