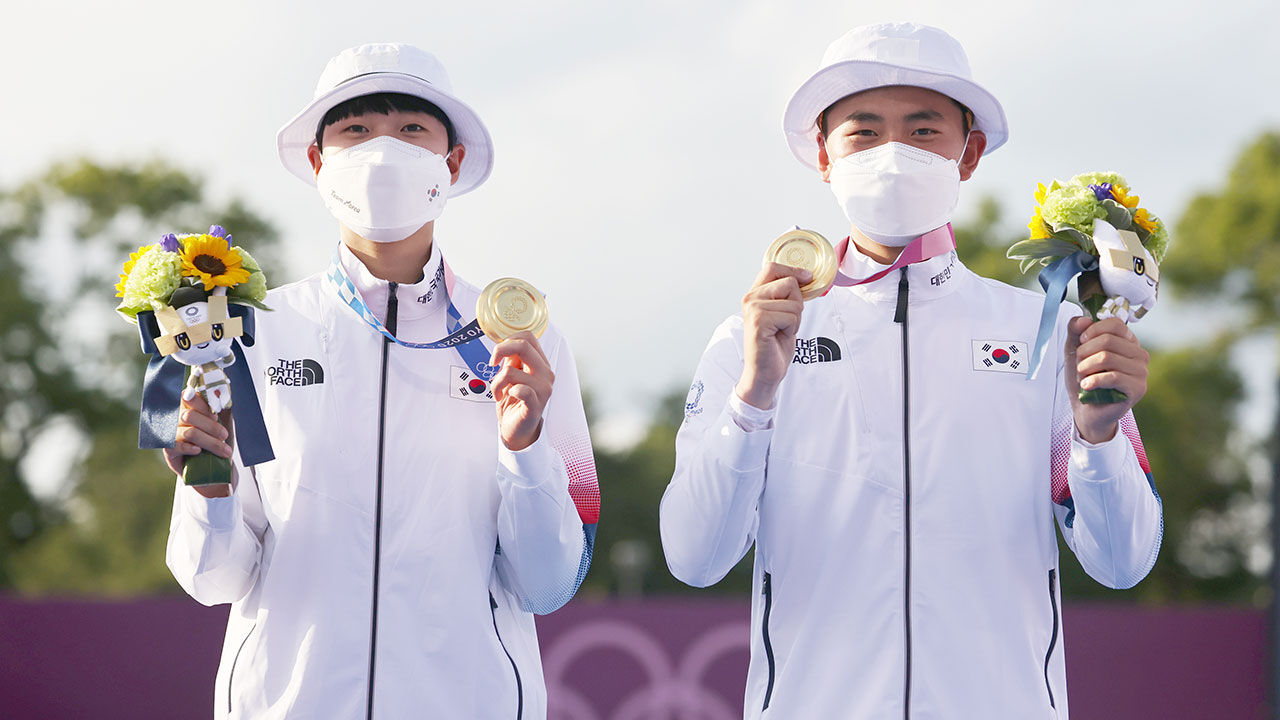 Kim Je-deok and Ansan, who were selected as Olympic representatives overcoming the most respected senior archers in Korea, made a splendid achievement by winning the first event on the Olympic stage for the first time.

He also made his mark in history as the first Olympic gold medalist in mixed archery.

Mixed matches were introduced for the first time in this tournament.

Kim Je-duk and Ansan also had the honor of being the first gold medalists for the Korean delegation in this tournament. Kim Je-duk, who had only participated in youth international competitions before, but was selected as the first national representative ahead of the Olympics, wrote a record of hitting a gold medal in the first event of his first overseas adult international competition.

Ansan, who broke the 25-year-old Olympic record by scoring 680 points in the ranking round the day before, which also served as a 'mixed match selection match' internally for the Korean national team, also made her name known to the world by winning a gold medal at the first Olympic stage.

In the first two shots of the first set, Je-deok Kim and Ansan shot 9 points and Ansan 8 points, while the Netherlands scored 10 points in a row and gave up the set 35-38.

However, Kim Je-deok and Ansan did not waver, and after a tight match in the second set, the last Sun Sluther scored 8 points, so Korea took the set by 37-36, 1 point.

Kim Je-deok, who had been cheering loudly in the previous game, shouted 'Korea Fighting' again before the 3rd set and shot 10 points in the first shot of the 3rd set.

Ansan was the key to the victory.

Ansan's last arrow shot from behind 30-39 in the last four sets hit 9 points.

Korea and the Netherlands shared one point each in the final set, and the youngest members completed a 5-3 double play.