Amid South Korea's shocking defeat against New Zealand in the first match of the 2020 Tokyo Olympics, Lee Dong-kyung's refusal to shake hands is controversial. 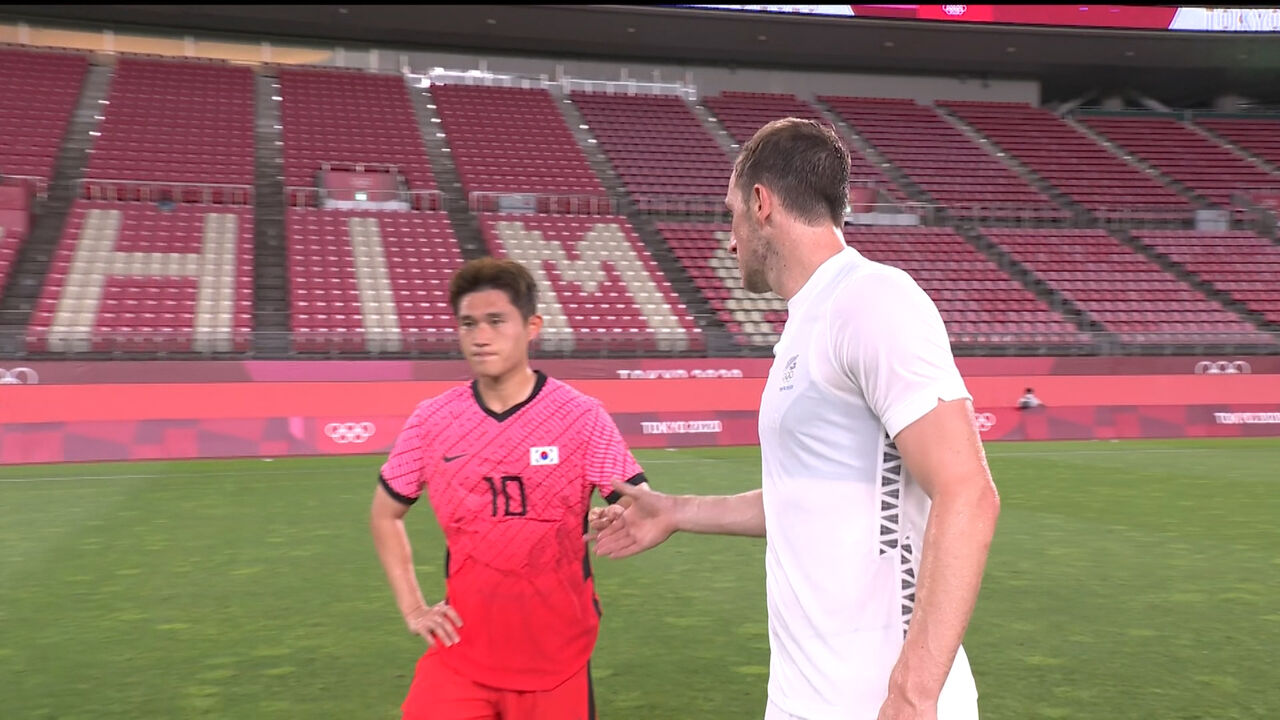 Amid South Korea's shocking defeat against New Zealand in the first match of the 2020 Tokyo Olympics, Lee Dong-kyung's refusal to shake hands is controversial.

On the afternoon of the 22nd, at Kashima Stadium in Ibaraki Prefecture, Japan, the first round of the men's soccer group B of the Tokyo Olympics, the match between Korea and New Zealand was held.

Korea pushed New Zealand ahead with their possession advantage from the beginning, but Chang-Hoon Kwon's vain kick in the first half, Ui-Jo Hwang's disappointing header, and Lee Dong-Kyung's long range shot in the second half failed to open the goal.

In the second half, New Zealand's 'wild card' Chris Wood scored the winning goal with a right-footed shot, and Korea lost to New Zealand without a goal.

However, what became more controversial than the result immediately after the match was Lee Dong-kyung's 'refusal to shake hands' scene, which was caught on a relay camera. Wood approached Lee Dong-kyung and held out his hand, but Lee Dong-kyung patted his teeth and turned away, and Wood turned around and said hello with other Korean players.

There was a debate among netizens over the scene. Some netizens defended Lee Dong-kyung, saying, "It was an act to follow quarantine rules," but most netizens pointed out the disappointing sportsmanship, saying, "Losing the game means refusing to shake hands." Let's watch the video together.