A specialist in open water, one of the most uncompromising disciplines, the French swimmer will try to win Olympic gold in Tokyo over the 10 kilometers. His mastery of the race and his serenity… 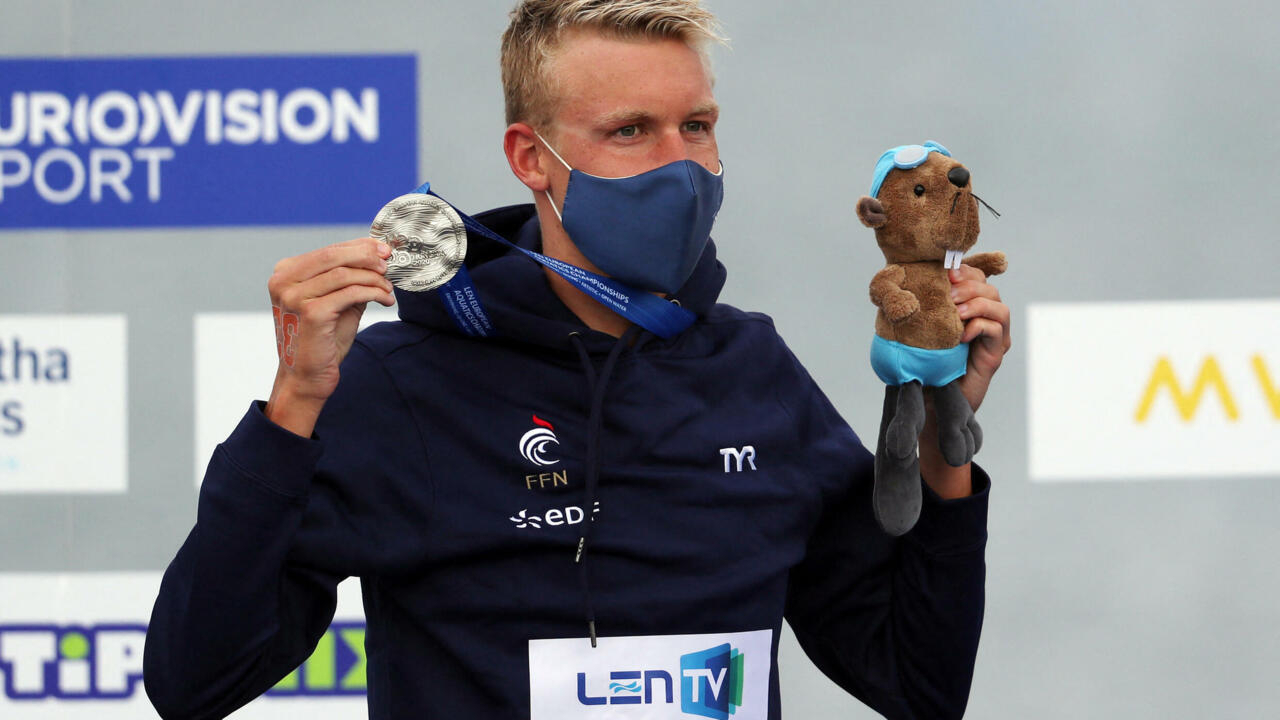 A specialist in open water, one of the most uncompromising disciplines, the French swimmer will try to win Olympic gold in Tokyo over the 10 kilometers.

His mastery of the race and his serenity will be assets.

There are swimming pool enthusiasts, those in a hurry, those who attract the light. And there are the freaks of open water, able to chain several kilometers at sea, in rivers or lakes. A caste of tough to evil, obsessed by the effort of which

When I swim, I am in my element because I am already in a natural environment, I appreciate the feeling of not feeling myself. locked up,

And then there is this aspect of the strategy, everything you have to put in place beforehand to prepare for a race ... It's long, we spend two hours swimming. It is complicated to win in open water, it is not necessarily the one who will be the strongest who will win ”.

Open water is a unique world

where endurance is not enough. You must first be a fighter, be ready to give and take hits because during the race, places are expensive.

But above all, you have to be the most strategist, the smartest and know how to fool your opponent.

At 25, Marc-Antoine Olivier, the man with three first names, has now integrated it well: "

It's part of the game. When I arrive in the call room - at the Olympics, we will be twenty-five swimmers - I know very well who is going to have a good or a bad race from the start.

It can be seen in the look, in the behavior

decrypts the very recent European vice-champion of the 10 kilometers in Budapest.

And you have to play on it, especially when you start to have a name and results, to have a psychological influence that can play on the end," he

Today, he has a knowledge of the event which is even more in-depth since he knows the strengths and the weak points of his opponents. But he also knows himself very well. He knows where and how to position himself during the race, when it can be played. He's really been optimizing it all for the past five years.

It must be said that "Marco" begins to have sacred references on this famous 10 kilometers, the distance that matters since it is the only one to be part of the Olympic program. Besides his silver medal in Budapest, he is also the reigning vice-world champion. But his main achievement was achieved during the Rio Olympics in 2016

when he won the bronze medal

. An unforgettable moment of course, of which he wanted to keep an indelible trace: "

I got a tattoo.

History to remind me of what I achieved.

How did I get there?

Some would say it's a scribble (laughs).

In fact, it's a little stroke that represents Corcovado.

There are also two favelas and the Sugar Loaf Mountain, the highlights of Rio, with a small cloud too and the Olympic rings.

Now, like many of his rivals, it is gold he hopes to win in the scorching waters of Tokyo Bay.

Trained by Philippe Lucas, he is a more mature, more thoughtful boy, and despite many weeks without swimming last year, especially because of the first confinement, he will remain one of the men to beat, according to Stéphane Lecat.

Marco, he's still someone who controls his emotions and who masters big meetings.

He has the pressure but he adapts to it enormously.

He has this quality and it has not changed, quite the contrary.

If I were one of his opponents, what might confuse me is seeing someone who I know very strong but who has the ability to be calm.

It boils inside but when you look at him it really gives the impression, of being released, of being in control of what he's doing.

"Marco" therefore knows that he is expected.

He will want to knock out the competition on August 5 to win this famous Olympic title.

In case of coronation in Japan, he can then add another tattoo to his collection.

Tokyo Olympics: Astrid Guyart, farewell to the jack-of-all-trades of fencing