The message before the Olympic premiere: "All healthy"

First a knee injury - then foot problems. But it is a handball team in good shape before the Olympic premiere on Saturday, confirms national team captain Glenn Solberg. - Everyone is healthy and fit and will train today. We are ready for the premiere, he says. 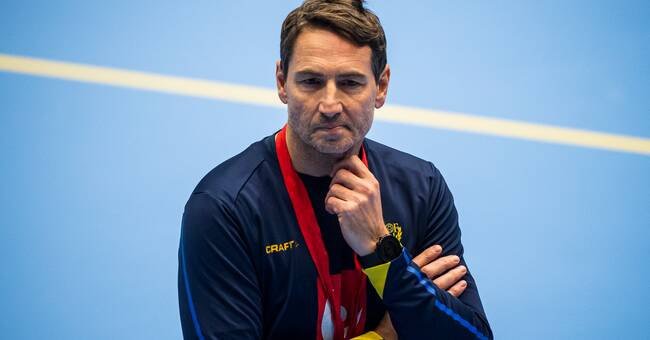 At the beginning of the summer, one of the key players, veteran Niclas Ekberg, tore a ligament in his knee during a Bundesliga match.

Rehab training has gone well and Ekberg's injury will heal better than expected, according to previous information.

Before leaving for Japan, the player himself gave the thumbs up.

"No worries at all"

Last week, another player had problems - game engine Jim Gottfridsson was forced to leave the field with a wounded foot in a training international match against Denmark.

But there are no problems, says Jim Gottfridsson at a press conference in the Olympic Village in Tokyo.

- I will train again today so there are no worries at all, he says and tells that it is about an old wear and tear he has had in his foot since.

- A small injury that was not quite a hundred because we had short vacations but there is nothing I am worried about.

You can play with.

Sweden will face Bahrain in the Olympic premiere on Saturday.

- The situation in the squad is fantastic.

We have had a good charge and we have been exactly at the limit we should do - at 75-80 percent, says Andreas Palicka, goalkeeper and team captain.

- We have found the game, found each other and acclimatized in Japan.

Whether it is a success factor or not remains to be seen.