Interview with standard-bearer Saúl Craviotto: "When it's not in fashion, I'll keep my feet on the ground"

On the beach of San Lorenzo, in Gijón, girls and grandmothers run because they want a photo; Saúl Craviotto walks with the family. Never was a canoeist so popular, ... 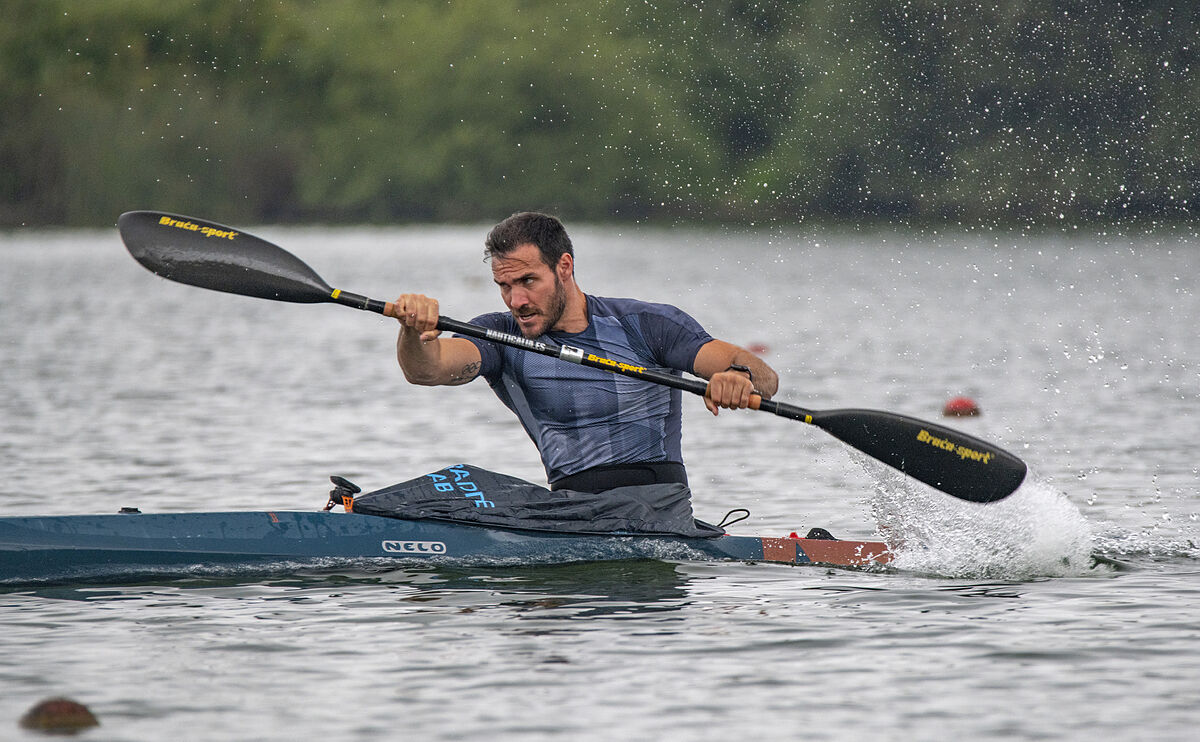 On the beach of San Lorenzo, in Gijón, girls and grandmothers run because they want a photo;

walk with the family.

Never has a canoeist been so popular, but curiously no one talks to him about strokes: starters, desserts, sauces are discussed.

Fame came to one of the best Olympians in history after winning four medals, two of them gold, for another victory, this one on a

In 2017 he triumphed on Masterchef Celebrity and his life changed.

He became the image of dozens of brands and thus arrives at the Tokyo Games, where he will also be an icon: of Spain, the standard-bearer at the inauguration on Friday (1:00 p.m. in Spain), along with

In search of her fifth medal, perhaps her sixth, she attends EL MUNDO by phone.

He has already gone to three Games and in all three he got on the podium, talking to him about nerves now ... I live it differently, that's true, but the nerves are always there. Since I received the national team clothes at the beginning of the month, I already notice the bug, I already smell Games, but now I wear it quite well. It has been the most complicated preparation, with everything that happened due to the pandemic, and it only remains to compete, to the mess then: Saturday, August 7, 5:19 a.m., Spain against Germany, in four kayaks, for 500 meters. One of the moments of the Games. The whole K4 project has been very nice. I have individual medals and medals in pairs, but this teamwork, joining together, has been hard, but very, very cool. Then the duel with Germany has multiplied the challenge. In recent years, in all competitions, we have been discussing gold,always in their favor, until in the last World Cup [in May] we beat them. There is nothing more dangerous than four hurt Germans, these two months they must have trained like animals, but we are prepared. Nor do I want to forget the other countries: they have a very close duel and, at the same time, a certain friendship with one of them.

I have a very good relationship, we write to each other, we send each other photos. There is a spectacular sportsmanship. In the 2008 Beijing Games I already competed against him, I won gold in K2 and he won silver. Then at the Rio 2016 Games we shared the bronze in K1. We have been beating each other our whole lives, but it has always been a healthy pique. Friday at noon, the inauguration. Because he is a flag bearer, he will have nerves, rather than competing, that does make me nervous. Being a flag bearer is the maximum that an athlete can aspire to, there is no more. It is a great responsibility, something symbolic, I don't know how to describe it very well. "Now I can retire," he said when they handed him the flag. Was he serious? I could have retired after the Rio Games. Or before. If when I was 20 they told me that I was going to get four Olympic medals, or even just one,I wouldn't have believed it. I have fulfilled my dreams and now everything is extras. I needed to be a standard-bearer, which is milk, and I'll see later. Do you think it will arrive at the Paris 2024 Games? It may be. Right now I am in a strange phase: my body tells me that I have arrived in Paris, but my head asks me to spend more time with my family. I have to think about my wife and my two daughters. I am aware that it is not easy to live with an elite athlete. I leave every day at seven in the morning, I come back every day busted at seven in the afternoon and when I arrive I need to rest, not go down to the swings, or color or do puzzles. I do, sure, but I do it tired. When he was named flag bearer he also spoke of a special dedication ... All Olympians have the same in mind. I go to the Games to give joy to the people, to Spain,after what we've been through. Everything you do, everything you achieve, will be dedicated to the people who have had a hard time with the pandemic.In the days of the strictest confinement, you returned to the streets, to patrol as a police officer that you are. , but I do not want to highlight it, I am ashamed. I didn't feel comfortable with the hero label they put on me. I just did my job as a cop. The nurses, the cashiers, the cleaning people ... there were a lot of people working like me. I did nothing more, if anything less. Before the pandemic, television fame forced him to change the street and move on to other tasks in the National Police. How do you handle that popularity? It is true that I have more public recognition, but it has not been a revolution either. They stop me on the street, or when I go to the movies with my daughters,but the people are very respectful. It is curious that after winning four medals he has become famous for a reality show. Now advertising campaigns do not stop raining down on him, you have to understand the phenomenon. Masterchef is a program that many people watch, my daughter Valentina is hooked, as is my mother. That weighs a lot. With the program I reached a very wide range of people, very different from what could be reached with canoeing, even sport. But advertising is based on fashion and now I'm just riding the wave. If I get a medal in Tokyo, I will surf a little more, otherwise everything will calm down. When it's out of fashion, I'll keep my feet on the ground. Will you be on patrol again? I am a policeman, that is my profession since I passed the opposition at the age of 19 and it will always be. My passion is canoeing, but when I finish I will go back to working on my thing,of course.

Tokyo Olympic GamesMohamed Katir, the sudden Spanish phenomenon of the middle ground who already aspires to gold in Tokyo: he reads poetry, trains in a field and his father arrived in a boat

Tokyo GamesNúria Vilarrubla's reflections before her Olympic debut: "I don't know if I compete for ego"