Document: A battle against the clock - to stand at the top again

The aim was to defend the Olympic gold in the 100 meter butterfly from Rio 2016. But a slippery accident led to a broken arm and Sarah Sjöström's road to the Olympics suddenly took an unwanted turn. - This is the biggest challenge I have gone through in my career, says Sarah Sjöström. 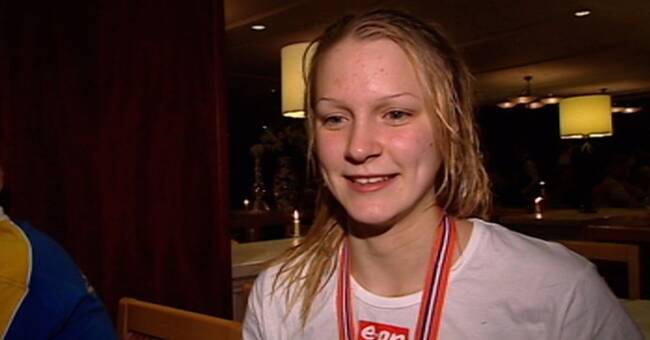 Only 14 years old, Sarah Sjöström broke through after a victory in the 100 meter butterfly - it gave her a European Championship gold.

It was the first of his career, but not the last.

Sarah Sjöström's career is filled with medals from the World Cup, European Championships, Olympics and awards she has been awarded after her successes in the pool.

She also holds the world record for the 100-meter butterfly.

That Sarah Sjöström is one of Sweden's best swimmers of all time is not something that needs to be discussed.

During the Olympics in Rio de Janeiro 2016, Sarah took home three medals, one in each denomination.

And the gold, which she won in the favorite discipline 100 meters butterfly, would be defended in the upcoming Olympics in Tokyo.

Then came the bang

But on an icy Saturday in February this year, what was not allowed to happen happened.

Sarah Sjöström slips and gets a fracture in the elbow.

With less than six months to go to the Olympics in Tokyo, the Swedish medal jump was forced into surgery.

But at the same time, I am determined and motivated to come back stronger than ever ", she wrote.

So far, Sjöström's swimming career had gone straight up.

She started swimming when she was nine years old after the family moved to Haninge.

Successes that led to her being selected in the senior national team.

But 13 years after the breakthrough at the European Championships in 2008, Sara Sjöström, now 26 years old, is faced with her toughest task in her career.

- It is the biggest challenge I have gone through in my career.

Not only physically but also mentally, says Sjöström.

The arrangement had to be redone - the arm would not be used for twelve weeks.

Instead, it was rehab training.

Despite the fact that the accident hit Sjöström hard, there was only one way to go - forward.

- She sets goals for everything.

It is clear that she is already on her way back in thought, says Sandmark.

Back in the water

The rehab went as planned and three weeks after the accident came the good news - Sjöström was able to return to the water.

The form before the Olympics was still unclear and there were thoughts of competing in only one or two disciplines in order to maintain a high level.

There was a risk that she would have to iron the gold distance.

- I obviously hope that the butterfly swimming will suddenly work, but I'm not very hopeful, says Sjöström.

But the goal remained, not to be injured during the Olympics, to reach back to world times - and she would do everything to make it possible.

At the beginning of June, Sarah is back in the competition pool.

On Midsummer's Eve, Sjöström was at the start in Rome, to swim 100 meters butterfly for the first time since the accident.

It was a victory, which she followed up with another victory and a second place in the same competition.

It is now clear that Sarah Sjöström will compete in the gold distance.

However, Sjöström says that she has not yet found her way back to great shape.

But one thing is clear, Sarah Sjöström is going to the Olympics, and she wants to be the best when it comes.

There is a sight - the well-filled medal cabinet must be filled.