First, the Olympics began with a Spanish cross and a French loss. Then another great nation was defeated. Australia beat Argentina 2-0 at Sapporo Dome Stadium in the premiere. 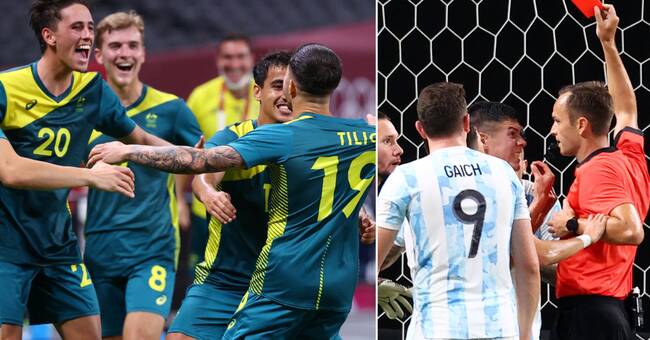 It did not take long before Australia got their first ball in goal.

Joel King served Lachlan Wales who was able to break the deadlock of the match already in the 14th minute.

Argentina was then close to 20 minutes later.

The striker Ezequiel Barco shot and hit the crossbar in the 34th minute.

No goal that time, instead continued disadvantage.

The blue and white stripes then had a sad end to the first half.

Argentina got, with a man card, a heavy start to the second half, which was mostly characterized by a slightly irritated mood and four yellow cards.

However, there would be more goals in the match - but not by Argentina.

With ten minutes left of regular playing time, Marco Tilio put the nail in the coffin with a 2-0 goal.

Earlier today, the other group opponents Egypt and Spain played against each other.