"For all athletes, this will be a tragedy": experts on the possible cancellation of OI and an increase in the incidence of coronavirus

The cancellation of the Olympic Games will be a real tragedy for all athletes. This was stated by the former world boxing champion, State Duma deputy Nikolai Valuev. In turn, the legendary swimmer Denis Pankratov suggested that the outbreak of coronavirus in the Olympic village would put an end to the Olympic Games. Former first racket of the world Yevgeny Kafelnikov paid tribute to the organizers, who are doing everything to make the competition take place. Renowned rower Maxim Opalev explained why athletes are ready to go to Tokyo despite the risk. And the famous figure skating coach Tamara Moskvina urged them to work calmly and not pay attention to the news. 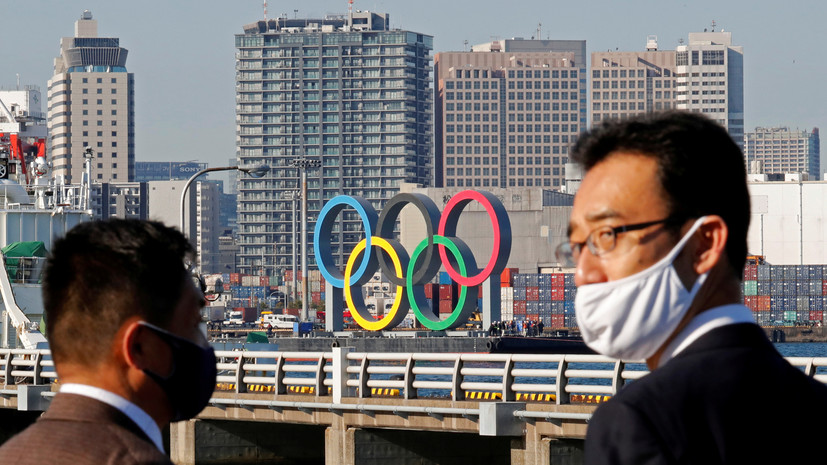 There are only two days left before the start of the Olympic Games in Tokyo, but there is still a possibility that they will be canceled.

This was acknowledged by the general director of the organizing committee of Tokyo 2020 Toshiro Muto.

According to him, such an option cannot be ruled out if the epidemiological situation in the country worsens.

Meanwhile, the number of cases of coronavirus is constantly growing.

In an interview with RT, he called for a monument to the organizers to be installed and explained why the participants should be grateful to them.

- For you personally, in the course of your career, would the cancellation of the Olympic Games be a tragedy?

- I am not an active athlete, and it is not entirely correct for me to ask this question.

It is difficult to say how he would have reacted in their place.

Probably depends on the age.

It is one thing when you are 22 years old, another thing if you are 30. These are two different situations.

Those who wanted to participate in the Olympics have already arrived in Tokyo.

- Athletes in this situation are better off risking their health than missing out on a chance to compete at the Olympic Games?

- We do not know what the situation has developed on the spot inside the country.

But they probably brought COVID-19 with them.

Still, no one canceled the incubation period, and I'm sure no one could get sick on the spot.

For a day or two in Japan, this is simply impossible.

I am sure that the hosts of the Games will promptly isolate everyone who has passed positive tests in order to prevent an outbreak.

- Does the increase in the number of infected people indicate shortcomings on the part of the organizers?

- They have nothing to do with it.

On the contrary, they need to erect a monument for even undertaking to hold these Games.

Athletes must understand: in any other situation, they would simply be canceled.

And those who really apply for medals would be left without competitions until 2024.

The Japanese took such a step and, with the assistance of the IOC, are trying to organize an Olympic Games.

- How do you feel about athletes who complain about the harsh rules of life in the Olympic village?

- What were they waiting for?

Then the IOC had to give the US Games, where everything is already open, and a normal full life is going on.

Now the owners have introduced some restrictions.

You have to put up with this.

Understand, we are no longer in the conditions that were before the pandemic.

Therefore, choose for yourself what you want, perform or live comfortably.

- Was it really worth taking the risk and holding the Olympic Games in such conditions?

- Yes, there will be no fans, but, in the end, the Olympics are organized for the athletes themselves.

If people do not appreciate it, they are worthless.

You can see for yourself what the situation with the coronavirus has developed around the world, and the organizers should not listen to complaints.

According to the famous swimmer, taking responsibility for holding the Olympic Games in front of empty stands, the Japanese suffered serious financial losses.

- Is the cancellation of the Olympics real, or are the hosts trying to play it safe?

- The organizers are undoubtedly reinsured, but anything is possible.

Sad examples can even be cited from swimming.

The national championship began in France, and a couple of days later it was completed ahead of schedule.

To cancel the Olympics, you need a very serious reason.

But I think the outbreak of coronavirus in the Olympic Village will immediately put an end to the Games.

- That is, in your opinion, such a development of events is really possible?

- First of all, we are talking about the health of athletes.

And only in the second about the world holiday.

It is clear that the participants will be unpleasant, but there are already many problems in the world now.

You know, getting sick with a coronavirus with grave consequences is no less a tragedy.

- Was it worth then the IOC at all to risk and launch the Olympic Games, given the lack of fans?

- We must pay tribute to the Japanese.

In fact, they covered the embrasure with themselves.

Holding the Olympics in front of empty stands today, in the face of a worsening economic situation due to a pandemic, is a colossal blow to the country's budget.

Therefore, the owners just once again showed the world their willingness to sacrifice themselves.

If they can't start OI now, then no one else will succeed.

have tested positive for

in the Olympic Village

Is it not critical?

- The incubation period for coronavirus is 14 days.

Three cases within a week can turn into a hundred.

After all, we still, by and large, do not know what kind of virus it is and how it is transmitted.

Myths and guesses about contact transmission have subsequently been repeatedly refuted.

To date, there is no consensus.

But, again, an outbreak of the disease in the Olympic village will instantly put an end to the Games.

And if you do not react to it in a timely manner, the consequences can be much more serious.

In the place of the responsible persons, I would decide to suspend the OI.

In turn, the former world boxing champion Nikolai Valuev emphasized that it is not profitable for the organizers to cancel the Olympic Games a couple of days before the start.

But, in the opinion of the State Duma deputy, in this situation, the decision will not be made by them, and therefore everything is possible.

- How should Russian athletes react to rumors about the cancellation of the Olympic Games?

- I cannot predict such a course of events.

But any cancellation of the Olympics will be a tragedy for absolutely everyone.

It is not even discussed.

Now they just need to train, as if nothing had happened.

While preparing for fights, I never read the press.

I can advise the guys the same.

Their job is to work, not study the news.

They came to Tokyo to perform, not on a tour, and must abide by the established rules.

- In your opinion, the organizers will try to do everything in order not to cancel the Olympic Games?

- First you need to establish the root cause.

They will do what is best for them.

Of course, there is no reason to cancel the Olympics two days before its start, when the participants have already settled in the village.

But the verdict will be issued by local regulatory authorities such as the Russian Rospotrebnadzor.

We do not know what they will say there.

The organizers simply have no right to ignore the order.

They do not solve anything in this situation.

- Judging by the statement of Muto, one can say that they are gradually losing their nerves?

- It's hard for me to judge from the outside.

But rather, it is worth nodding to the media.

IOC President Thomas Bach has already spoken on this score.

He admitted that if he knew how many difficulties he would have to face, he would simply cancel the Olympics.

But now there is no turning back, of course, since we are already involved in this game.

"For many, this is the only chance to compete at the Olympics."

And the Olympic champion in rowing and canoeing Maxim Opalev called the athletes after all the tests they had endured as heroes and noted that it was impossible to deprive them of the opportunity to compete at the Olympic Games.

- Will the cancellation of the Olympics be a tragedy for the participants?

- Constant tests, checks, rescheduling of competitions - our athletes have already come a thorny path and overcame all barriers.

I know that many of our guys, including the kayak and canoe team, are undergoing acclimatization in the Primorsky Territory.

Of course, we are all looking forward to the Olympic Games.

I would like them to take place, even if there are no fans in the stands, and, in fact, the Games will turn out to be defective.

But I still hope the Russians will compete, and the competition will not be canceled.

Believe me, this is very important for the athletes themselves, because for some this Olympics will be the first, and for others - the last.

It is unknown what will happen in three years.

I believe: the Olympic Games will take place, and the organizers will take a balanced approach to making a decision.

- Nevertheless, going to Tokyo, athletes put themselves at risk in one way or another?

- Of course, we cannot fail to notice the other side of the coin.

The coronavirus is progressing gradually.

I myself was ill in a rather severe form in August last year.

To be honest, it was a difficult test for me.

I hope Tokyo will find a middle ground.

And the Olympic Games will be held, and the athletes will remain healthy and have the opportunity to show results.

And in order not to be afraid of getting infected, they first of all need to follow the safety measures prescribed by doctors.

- That is, the athletes themselves, in any case, are ready to take risks for the chance to take part in the main tournament of the fourth year?

- Put yourself in their place.

For many, this is the only chance to compete in the Olympics.

The best ones got the opportunity, having passed all the barriers, to come to Japan.

Don't forget that the Games have been postponed for a year.

In such a situation, it is generally difficult to find motivation and not give up.

Finally, the famous figure skating coach Tamara Moskvina explained how the participants should ignore such news.

- How should athletes react to such rumors?

- When there is official information about the cancellation of the competition, then we will decide what to do next.

So far, no such information has been received, and the Games remain on the calendar.

- How can athletes train in such a situation without stuffing their heads with unnecessary thoughts and anxieties?

- Now it makes no sense to think about what can only happen. There are a lot of options. What if a tornado starts tomorrow? Therefore, all the reasoning on this score at the moment simply does not make sense. The guys just have to work calmly.