Officially.. Determine the host city for the 2032 Olympics 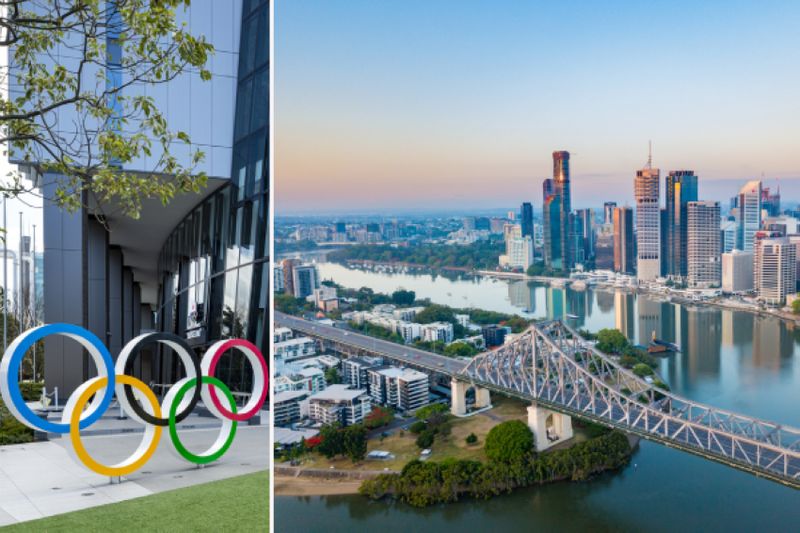 Officially.. Determine the host city for the 2032 Olympics

The International Olympic Committee on Wednesday officially announced the election of Brisbane, Australia, to host the 2032 Olympic Games.

This comes before the start of the next Olympic Games in Tokyo, with the official opening ceremony on Friday.

Brisbane will be the third Olympic Games hosted by Australia after the 1956 Melbourne Olympics and the 2000 Sydney Olympics.

And Brisbane, the capital of Queensland, was lucky this time after it failed to compete with Barcelona, ​​Spain, to host the 1992 Olympics.

"The Olympics and the 2032 Paralympic Games in Queensland will be a lasting legacy for our entire country," said Australian Prime Minister Scott Morrison, who took part in reviewing the dossier at the assembly.

"The Olympics will boost economic growth and investment, provide sustainable societal benefits and inspire the next generation of athletes in Australia."

"I'm proud of Australia, proud of Queensland and proud of the team that won this victory for our country."

Brisbane hosted the Commonwealth Games in 1982, and the 2018 edition of this tournament was held in the Australian city of Gold Coast, which will co-host with the Sunshine Coast some Olympic events in 2032.

In light of the new rules aimed at reducing costs and facilitating the procedures for applying to host the Olympics, the Brisbane file was chosen as a preferred candidate by the Executive Board of the International Olympic Committee, before it was officially announced today that it had won the right to host.

The cities of Budapest, Delhi, Doha and the German "Rhein-Ruer" region, as well as Indonesia, had expressed a desire to host the 2032 Olympics, but Brisbane won after reviewing a number of already established stadiums, as part of the bid file.

The budget of the Olympic Games is about three billion euros (3.53 billion dollars), and Australia will contribute about half of the amount.

"We encourage Olympic projects that are sustainable and economically responsible, that provide the best possible experience for athletes and fans, as well as that leave a strong legacy for local communities," said IOC President Thomas Bach.

He added: "Today's vote was a vote of confidence that Brisbane and Queensland will host a successful Olympic and Paralympic Games in 2032."

"We have heard a lot of positive feedback from members of the International Olympic Committee and international federations in recent months," he added.

The International Olympic Committee has thus settled on hosting the Olympic Games until 2032, with the exception of the 2030 Winter Olympics, which gave the Committee stability for the next ten years.