Done: Brisbane is hosting the 2032 Olympics

Brisbane will host the 2032 Summer Olympics, the 35th Olympic Games. The decision was awaited because there was no opponent. This is the third time Australia has hosted the Olympics after Melbourne in 1956 and Sydney in 2000. 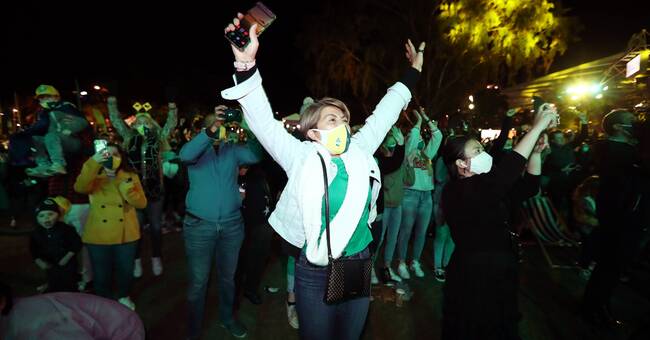 At the same time as Stockholm-Åre 2019 lost the battle against Milan-Cortina d'Ampezzo for the Winter Olympics 2026, the International Olympic Committee (IOC) changed the selection process for future Olympics.

It is intended to reduce corruption, reduce financial losses and make the selection process more sustainable.

The IOC's new process is instead about looking for attractive places that want to host the Olympics and lead them along the way to a vote.

Several places, including Doha and Madrid, expressed a desire to host the 2032 Olympics, but in February this year, Brisbane in Australia was selected as the host that the IOC's special commission for future Olympics "preferred".

In June, the IOC's executive committee recommended the election and today the IOC's session voted for the games to take place in Australia.

This is the third time Australia has hosted the Olympics after Melbourne in 1956 and Sydney in 2000.

Brisbane's Olympic concept is completely in line with the IOC's values ​​and a sustainable arrangement, said chairman Thomas Bach in June.

He described it as an "irresistible proposal".

It will be a scattered game.

Brisbane's concept is to use facilities and infrastructure along Australia's coast in the north - eastern part of the country.

84 percent of the facilities that Brisbane will use are already in place and the city has previously arranged major events, such as the Commonwealth Games 2018. There is a broad political agreement behind the investment, as well as great support from the population and business for an Olympic investment.

The budget for the games is around the equivalent of SEK 30 billion, compared to the almost SEK 100 billion that the Tokyo Games cost.