Japanese organizers want to make their Olympics the greenest in competition history. In the village, the athletes discover beds with cardboard mattresses, supposedly resistant and "anti-sex". The winners will also receive medals made from recycled materials. 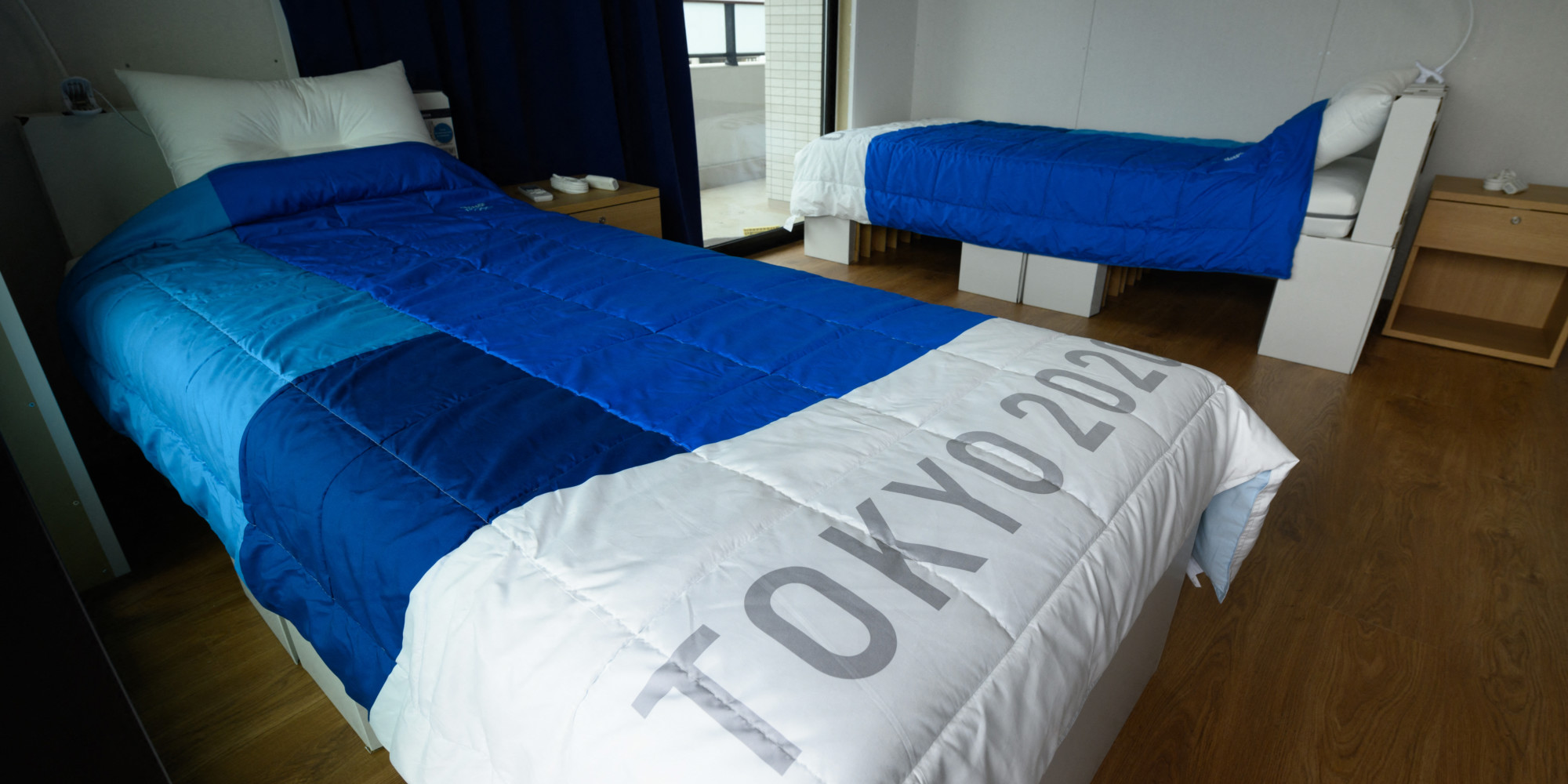 Japanese organizers want to make their Olympics the greenest in competition history.

In the village, the athletes discover beds with cardboard mattresses, supposedly resistant and "anti-sex".

The winners will also receive medals made from recycled materials.

They are the center of attention a few days before the opening ceremony of the Tokyo Olympic Games (July 23-August 8).

Cardboard beds await the 11,000 athletes present for the Japanese Olympics.

A desire on the part of the organizers to make this competition greener.

Several sportswomen and sportsmen who discover these mattresses have fun and share them on social networks, like the American Paul Chelimo, silver medalist in the 5,000 meters in Rio in 2016.

Beds to be installed in Tokyo Olympic Village will be made of cardboard, this is aimed at avoiding intimacy among athletes

Beds will be able to withstand the weight of a single person to avoid situations beyond sports.

I see no problem for distance runners, even 4 of us can do pic.twitter.com/J45wlxgtSo

Strong mattresses that can support 200 kg

These cardboard beds are the work of the Japanese company Airweave, specializing in the design of ecological, reusable sleeping arrangements, with a very low carbon footprint.

So, are these mattresses strong enough to support the weight of athletes?

Initially, they were entitled to the nickname "anti-sex beds" because they could only accommodate one person on them.

Some athletes have therefore tested the strength of these beds, such as Irish gymnast Rhys McClenaghan.

The latter had fun jumping on the mattress and the cardboard box spring, and it seems to hold!

“Anti-sex” beds at the Olympics pic.twitter.com/2jnFm6mKcB

"The beds are made of cardboard, they should break at the slightest sudden movement, it is said. This is wrong!" Says the Irish sportsman on Twitter.

The mattresses are supposed to be able to support a maximum weight of 200 kg.

Which should suit the French judoka Teddy Riner, 140 kg in the balance, and who has already experienced bedding problems in competition in the past.

Even if two people could sleep in a bed, the organization urges not to have "physical interaction".

There will also be no condoms in the Olympic Village because of the sanitary conditions.

The other inclination of this ecological goal lies in the manufacture of medals and podiums.

Organizers scavenged the gold, silver and bronze from nearly 6.2 million cell phones to make the 5,000 or so Olympic medals.

The Tokyo Olympics thus become the first in history to incorporate recycled materials into the awards.

These are the podiums of the @olympic and Paralympic victory ceremonies.

For the first time in history, these will be sustainable podiums: they are made from plastic recycled by the Japanese population.

Another ecological initiative: the Games victory podiums are made from plastic recycled by the Japanese. Everything is done to make these Olympics as green as possible, in a country that listens to ecological questions.