A crisis after ten .. Zamalek withdraws its congratulations and Al-Ahly apologizes

An argument through the means of communication between Al-Ahly and the Cairo-based Zamalek ended with the temporary council withdrawing a congratulations to its traditional rival with an African title, considering it as if it had not been, and Ahlawi’s apology for what came on the official page of the club’s channel. 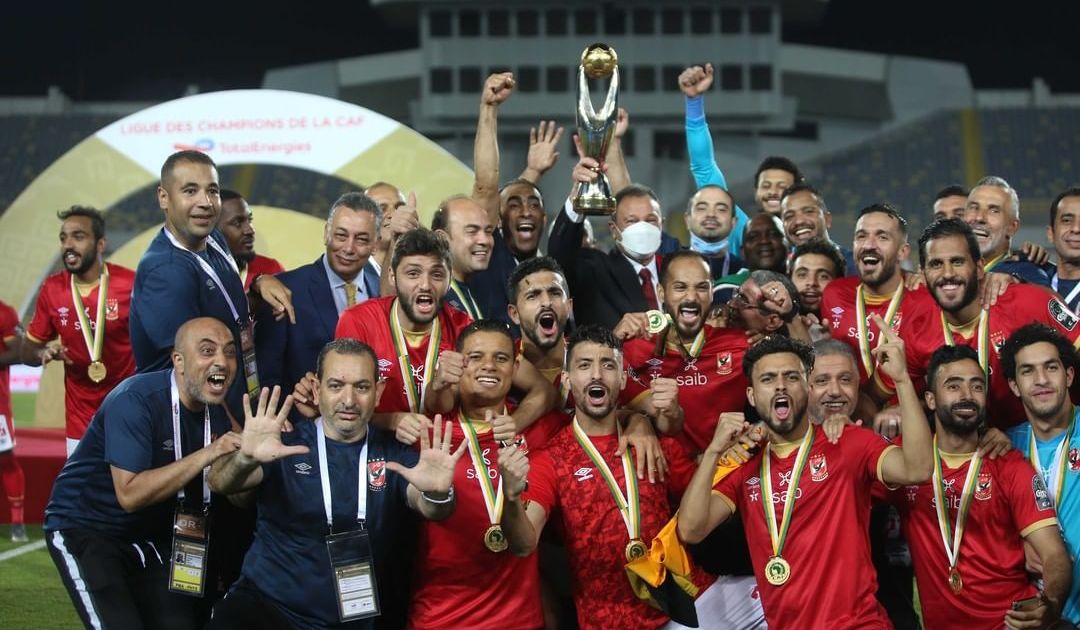 An exciting night experienced by Al-Ahly and Zamalek fans in Egypt, after the Red Club won the African Champions League title for the tenth time in its history and the second in a row.

The excitement was not only from the red victory, but a debate on social media between the two clubs ended with the withdrawal of the temporary council of the Zamalek club management for the congratulations presented by it to Al-Ahly, and considering it as if it had not been, and Ahlawy’s apology for what happened from one of the official Red Club pages.

The beginning was with the Zamalek board of directors issuing a congratulations to Al-Ahly Club for the tenth African title, in a gesture to soften the atmosphere, reduce tension between the fans of the two clubs, spread sportsmanship and renounce fanaticism.

The Zamalek statement said, “The committee in charge of managing the Zamalek club headed by Captain Hussein Labib congratulated the Al-Ahly club’s board of directors headed by Captain Mahmoud Al-Khatib, the technical staff, and the players after Al-Ahly club’s victory over the South African Kaizer Chiefs in the final of the African Champions League championship, which was held at Mohammed V Stadium in Al-Dar. Al-Bayda in Morocco and winning the championship trophy in the 57th edition in the history of the tournament.

The official page of Al-Ahly channel shared the congratulations of the club, Zamalek, and commented on it, “We are waiting for you in the next tournament in order to re-match last year,” which Zamalek considered a mockery of the statement.

Some Al-Ahly fans also directed chants that local newspapers described as racist against the leader of Zamalek, Mahmoud Abdel-Razek, "Shikabala", which increased the anger of the administration and the white masses.

Al-Ahly channel responded to the congratulations of Zamalek for the Champions League title ✍🏻 pic.twitter.com/ZPl9aiORPn

Al-Ahly fans close the Al-Jalaa Bridge... and racist chants against Shikabala after winning the tenth pic.twitter.com/18a6X85o1y

In a quick reaction, the Zamalek board of directors decided to withdraw its congratulations to Al-Ahly Club, and considered it as if it had not been, as an objection to the lack of professionalism of Al-Ahly’s official pages in dealing with the news of the congratulations, according to a statement issued by the White Club at dawn today.

The Zamalek statement added, "Its intention was to start rejecting intolerance among the masses, but unfortunately it was met with ridicule and sarcasm on its official pages from the other side, and then their fans followed it on the same approach in a clear attack on Zamalek and Shikabala, the captain of the football team."

Your Honor, you sent a congratulatory

not stop at this issue, but

- What did you do in the Aswan match?

She issued a statement, and then?

- What did you do in front of a mocking doctor who ridiculed Zamalek and its fans?

As you care about elegance and etiquette, I want you to take care of the interests of Zamalek and defend it

What did you benefit, Captain Hussein Labib, when you congratulated this club, they mocked you on their channel and responded to you with a lack of politeness and provocation, despite their polite response to all clubs.

I am happy that you are now, when we were formed, it remained asphalt in the midst of the clubs that I congratulated.

Hussein Labib does not represent us, and we are not honored by his presence in the club. He is only good at talking, and no one works except for one person who knows him well from here until he and his council walk from the club without regretting them. No one will see a word about them and attack every time Hussein Labib makes a mistake. If you have dignity, be respectful Your age and quit the club

Al-Ahly channel issued a statement in which it apologized to the board of directors of the Zamalek Club, “who offered with love and respect the congratulations for Al-Ahly’s victory in its tenth African title,” and spoke of a social media worker writing an inappropriate comment, and the statement announced his suspension and transfer to the investigation in preparation for his dismissal.

A member of Al-Ahly’s board of directors, Tariq Kandil, confirmed, in statements to “On Sport” radio this morning, that what happened from Al-Ahly channel’s account in dealing with the congratulations of Zamalek was an individual act, and the perpetrator of this act was stopped in preparation for his dismissal from work.

️ Tariq Kandil in statements on Radio On Sport:

💬 What happened from the Al-Ahly channel account in dealing with the congratulations of Zamalek is an individual act, and the perpetrator was stopped in preparation for his dismissal from work pic.twitter.com/73XVucllBq

Al-Ahly was crowned champion of the African Champions League by defeating South Africa's Kaizer Chiefs 3-0 in the final that brought them together, yesterday, Saturday, at the "Mohammed V" stadium in Casablanca, Morocco.

The first half ended in a goalless draw, and Al-Ahly succeeded in taking advantage of the South African Happy Mashiani's red card, and took advantage of the numerical shortage of his opponent in the best way by scoring 3 goals through Mohamed Sherif, Mohamed Magdy "Afsha" and Omar Al-Soliya in the 53rd, 64th and 74th minutes, respectively.