The KBO held a reward and punishment committee today at the Baseball Hall in Dogok-dong, Gangnam-gu, Seoul with the NC team and four players suspected of violating quarantine rules. The Punishment and Punishment Committee imposed a 72-game suspension and a fine of 10 million won each for the four players. 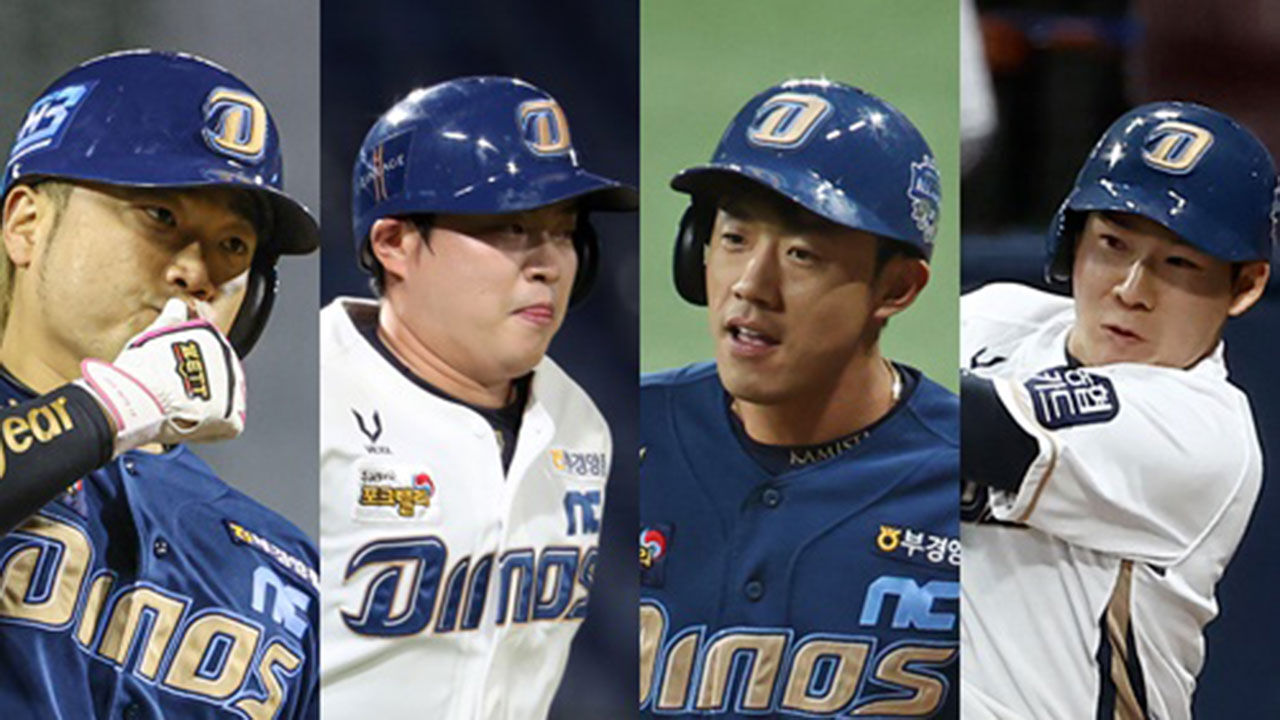 Park Seok-min, Park Min-woo, Lee Myung-ki, and Kwon Hee-dong of the NC Dinos of professional baseball, who are accused of violating the Corona 19 quarantine rules, have been suspended from participating in 72 games.

The KBO held a reward and punishment committee with the NC team and four players suspected of violating quarantine rules today (16th) at the Dogok-dong Baseball Hall in Gangnam-gu, Seoul.

The Punishment and Punishment Committee imposed a 72-game suspension and a fine of 10 million won each for the four players.

The NC club also has to pay a fine of 100 million won.

With only 70 games left, the four NC players who were outraged by their deviant behavior cannot play in the regular season this year.

The KBO Reward and Punishment Committee said, "At the severe spread of COVID-19, the government violated the government's ban on private gatherings of five or more people and caused a big stir in society. He did not keep his basic duties as a professional player, such as drinking until late before the game. It is an act that damages dignity, such as not doing so,” he explained, explaining the rationale for the disciplinary action.

He continued, "The NC club has caused a serious result of suspending the league due to negligence in managing the team. We decided that the reputation of the league was damaged and imposed a penalty of 100 million won in accordance with Article 1 of the KBO Bylaws [Special Cases concerning the Authority of the President]. I decided to do it,” he added.

NC General Manager Kim Jong-moon and Park Min-woo, the only player who did not have a confirmed diagnosis among the players who held a private meeting, attended the reward and punishment committee, and received a statement of the circumstances and questions.

All five members of the award and punishment committee were also in attendance, including Won-hyeon Choi, a representative of KCL Law Firm, Jae-hoon Kim, an attorney at Sungkyunkwan University, Ki-beom Kim, a professor of forensic science at Sungkyunkwan University, Yong-pyo Yeom, a lawyer at Yulchon Law Firm, and Yong-hee Kim, chairman of the Gyeonggi Steering Committee.

Four NC players including Park Seok-min, Lee Myung-gi, Kwon Hee-dong, and Park Min-woo had a private meeting with two ordinary people at the Seoul expedition dormitory from the night of the 5th to the dawn of the 6th.

All of them, except for Park Min-woo, who entered the preliminary entry for the Tokyo Olympics and vaccinated, all tested positive for COVID-19.

The first half of the regular season ended on July 13, a week earlier than planned, as there were a large number of close contacts with COVID-19 confirmed patients in NC and the Doosan Bears.

The NC team, which had been silent for a long time emphasizing 'protection of personal information related to quarantine', released the names of four players who had a private meeting at the away dormitory with the consent of the players on the 14th.

Even before the NC revealed players, the deviant behavior of players was quite widely known.

Public opinion was boiling, and even after the apologies of Park Seok-min and Park Min-woo were released, criticism continued towards the NC players and the club.

Just looking at the KBO Corona 19 Response Manual, the basis for disciplinary action against players who violated quarantine rules for the first time is not clear.

However, the KBO Reward and Punishment Committee imposed severe disciplinary action on the NC players and the club in consideration of the social impact.