The danger of losing motivation and the availability of resources to replace: why CSKA should sell Vlašić to Milan

According to media reports, Milan are still trying to get the midfielder of CSKA Nikola Vlasic. At the same time, the Italian club allegedly insists on a lease with a redemption option for € 25 million, and the army team intend to arrange a full-fledged transfer for € 30-35 million. Why should the red and blue be letting a Croat to Italy - in the RT material. 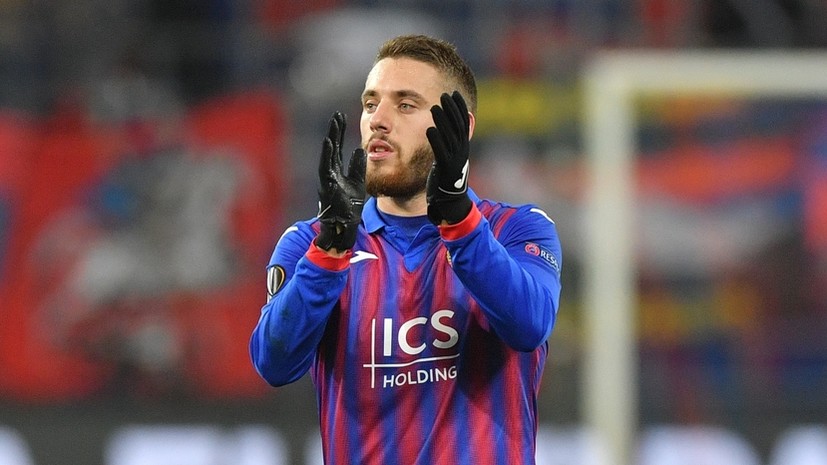 The possible transfer of Nikola Vlašić to Milan is the main topic of the offseason in Russia.

For several years now Horvat has been one of the brightest performers of the RPL and has invariably attracted the attention of serious European bands.

It seems that the information about the interest in the midfielder on the part of the Rossoneri is not unwarranted.

In particular, the well-known domestic journalist Nobel Arustamyan wrote about this.

According to an insider, the club intends to take the player on loan with a buyout option and sees him as a replacement for Hakan Chalhanogu.

But the army team allegedly only agree to a full-fledged transfer, and for the compensation amount prescribed in the contract - € 35 million.

The Italian press reported on a much more modest proposal - a lease with a mandatory buyout for € 25 million. At the end of the season, if the red-blacks get into the Champions League.

According to the latest information, CSKA did not accept this option.

The Red and Blues continue to insist on a direct buyout and demand at least € 30 million. Negotiations are at an impasse.

At the same time, Vlasic himself wants to play for Milan.

He even subscribed to the Rossoneri's Instagram account and posted a mysterious photo in a classic suit, attaching a waving hand emoji to it.

As the journalist Marco Ramikchia assures, the Croat has already given his consent to the transition.

On the one hand, CSKA's position in this situation is clear.

CSKA intend to get as much as possible for their leader.

We must not forget that the club did not get it for free, but for € 15.7 million, which Everton had to pay, and most of the funds offered by Milan will only cover this transfer.

On the other hand, the red and blue, wanting to make money here and now, risk only losing in the future.

First, Alexei Berezutsky can get a completely demotivated footballer. Vlašić has been playing in Russia for three years and during this time the RPL level has clearly grown. In addition, the team will not play in European competition in the coming season. That is, Nikola will not have an additional carrot at least in the form of the Europa League, let alone the Champions League. The game on the domestic arena after the failed negotiations with Milan is unlikely to cause a lot of emotions in the Croatian. An additional motivation could be the fight for the title, but given the current state of the team, this is unlikely.

The Balkan has already given CSKA a lot: for three years he led the team and was its leader. The legionnaire has 103 matches with Muscovites, in which he scored 33 goals and gave 20 assists. And the fans will forever remember his goals against Real Madrid, Spartak and Zenit. However, now it is an ideal opportunity for a Croat to take a step forward in his career and rise to a qualitatively new level. He is only 23 years old, and in one of the strongest teams in Italy, which, in addition, is guaranteed to play in the Champions League, he is able to become a real star, while in Russia there is no more room for growth.

Muscovites, having refused the Italians, risk not selling their leader in the future for € 25 million. In the new season, the price for him is unlikely to grow, since the team was left without European cups and in the RPL it is unlikely to achieve such a result to attract the attention of European giants. The Croatian national team could be a good springboard for Vlašić, but there, as it turned out at Euro 2020, a place at the base for him is not guaranteed. The midfielder started the first two matches of the tournament in reserve. In the remaining two games, he was in the starting lineup and even scored against Scotland, but overall he did not look very bright.

At the same time, there are many examples in the history of the army team when the club delayed the sale of its players to Europe and actually lost them. For example, Fyodor Chalov was not released to Crystal Palace in 2019. This was later directly stated by Evgeny Giner. As a result, the talented striker, who became the top scorer of the RPL and fought for a place in the national team, became mocked, stopped scoring and ended up on the bench. Likewise, in the mid-2000s, Daniel Carvalho was not released, who was perhaps even a more strategic player for CSKA than Vlašić. After winning the UEFA Cup, the Brazilian had a lot of proposals, but the army team expected the best. The result is the same - the legionnaire lost motivation and no longer showed the same game as before. Moreover, he never tried himself in a strong European championship.

In the person of Vlašić, the red and blue run the risk of getting a new Keisuke Honda, who was not allowed to go to Milan in 2013.

As a result, the Japanese still left for Italy, having quarreled with the leadership.

It is not surprising that the possible departure of the Croat raises serious concerns among the fans, because without him it is difficult to imagine the team at the moment.

The Balkan moved to CSKA on loan in 2018 and immediately began to benefit.

In particular, in the Champions League, he scored two points for scoring against Victoria Plzen, and then scored the winning goal against Real Madrid.

In the 2018/19 season, Nikola scored eight goals in all tournaments and gave seven assists.

In the next, his performance increased - 12 goals (all in the RPL) and six assists.

Moreover, in the championship scorers' race, the legionnaire shared the third place with Alexander Sobolev and Alexey Miranchuk.

In the last season of the RPL, the Croatian took seventh place in terms of the number of points for performance (11 + 5).

Other numbers are much more remarkable.

Vlašić was unmatched in the league in terms of the number of shots (on average 4 per game), and in the number of key assists (2.8) he shared the first place with Sebastian Szymanski from Dynamo.

Of course, letting go of a performer of this class is extremely difficult.

On the other hand, CSKA is no stranger to losing leaders.

The "eternal" brothers Berezutsky and Sergei Ignashevich were finishing their careers.

But the club always found a replacement for their stars.

At the moment, it is obvious that the red and blue are too dependent on Vlašić.

Partners often prefer to give the ball to him, so that the Balkan, due to his technique and thinking, himself finds an interesting option to continue the attack.

When a pupil of "Hajduk" is in good shape, it works, otherwise the team has serious problems.

In this regard, the last season turned out to be indicative, which the midfielder was unstable.

In the first part, he regularly hit the opponents' goal and gave assists.

However, in the spring, the midfielder did not look so bright.

He scored only three goals (two of which were from the penalty spot) and never assisted his partners, and to top it all off, he was injured.

As a result, CSKA collapsed: in 2021 it won only four matches in the national championship, fell to sixth place and survived a change of coach.

But at the same time, the absence of a star on the field was not at all synonymous with defeat for the red and blue.

The six-time champions of the country failed only with Dynamo - 2: 3.

And the army team has a replacement for Vlasic.

First of all, we are talking about Konstantin Kuchaev, who, even under Viktor Goncharenko, began to act closer to someone else's goal and opened up in this position.

With Nikola on the field, he had to play the role of the right insider, but the Russian is able to play under the striker.

Actually, in the summer, when the Croat missed a couple of games due to injury, the domestic footballer replaced him almost painlessly and scored two goals in the first two rounds.

Arnor Sigurdsson and Baktiyor Zainutdinov, who are forced to close the flank of the defense, are also able to play in this position.

We must not forget about Ilzat Akhmetov.

The fans are already accustomed to seeing the young footballer in the support zone, but with his technique and excellent vision of the field, he may well rise even higher.

Finally, in the presence of a large number of high-quality midfielders and defensive midfielders (Maxim Mukhin, Konstantin Maradishvili, Ivan Oblyakov, Kuchaev, Akhmetov, Emil Bohinen), Berezutsky has the opportunity to completely switch to another scheme without a net top ten or replace Nikola with the experienced Alan Dzagoev.

This is exactly what Ivica Olic did in the May match with Krasnodar, which ended with a confident victory for the Muscovites - 3: 1.